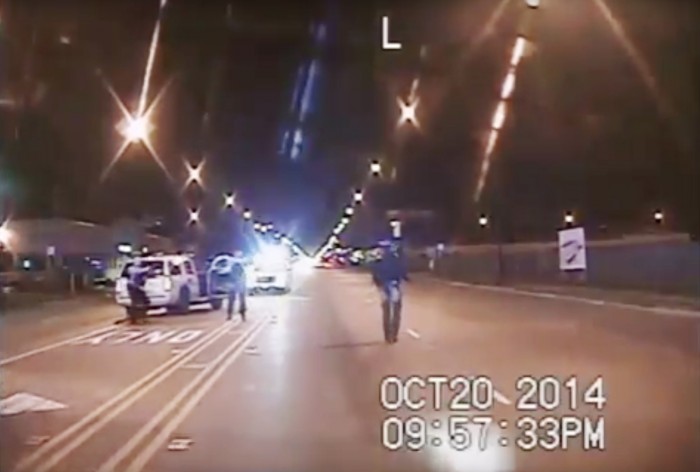 FILE – In this Oct. 20, 2014 frame from dash-cam video provided by the Chicago Police Department, 17-year-old Laquan McDonald, right, walks down the street moments before being shot by white officer Jason Van Dyke in Chicago. The Task Force on Police Accountability recommends abolishing the Independent Police Review Authority, which investigates officer misconduct. The panel was created in the wake of protests over Van Dyke’s fatal shooting of McDonald. (Chicago Police Department via AP, File)

CHICAGO (AP) _ A special prosecutor will handle the case of a white Chicago police officer who shot a black teenager 16 times, a judge said Thursday, while civil rights attorneys pressed for a broader investigation into whether other officers at the scene attempted a cover-up.

The October 2014 killing of 17-year-old Laquan McDonald by Officer Jason Van Dyke, who was responding to a report of someone breaking into cars, thrust Chicago into the charged national debate over policing in minority communities after dashcam video of the shooting was released in November.

That video, which showed officer Jason Van Dyke pumping 16 shots into McDonald’s body even after he crumpled to the ground, set off protests that led to the resignation of the police chief and the drafting of a road map for overhauling the city’s police department.

Cook County Circuit Judge Vincent Gaughan said Thursday that he would search for an outside prosecutor after the embattled Cook County state’s attorney, Anita Alvarez, asked last month to step aside. She lost a March primary election battle under withering criticism of her handling of the McDonald case and is leaving office in December. Activists questioned her objectivity and complained that it took her more than a year to charge Van Dyke, which she did just hours before the court-ordered release of the dashcam video.

The city fought the release of the video, which contradicted police accounts that the teen, who was holding a knife, lunged at officers. The discrepancy fed suspicions of a cover-up.

But Gaughan said a petition by civil rights attorneys asking for the outside prosecutor to conduct a broader look at the other officers was not “shovel-ready” and he needed more time to study the question. He said no grand jury was even looking into the possibility of charges against the other officers. 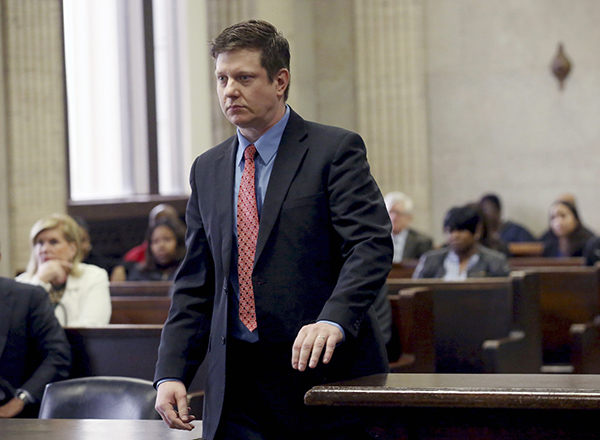 FILE – In this March 23, 2016 file photo, Chicago Police officer Jason Van Dyke, charged with murder in the 2014 videotaped shooting death of black teenager Laquan McDonald, walks in a courtroom during a hearing at the Leighton Criminal Court Building in Chicago. The attorney for Van Dyke has asked for sheriff’s deputies to guard the officer as he enters and exits court. The judge could rule on those requests during a hearing Thursday, May 5, 2016. (Nancy Stone/Chicago Tribune via AP, Pool, File)

“Today we saw no evidence of resolve to get to the bottom of why police officers felt that they could act with impunity in an attempt to create a false story,” Bowman said.

Gaughan said he will begin his search for a new prosecutor at the Illinois attorney general’s office. If need be, he will extend the search to the state appellate prosecutor’s unit and state’s attorneys across Illinois. If all public agencies refuse, the court will appoint a private attorney, he said.

“So that’s going to be a process,” Gaughan said.

Van Dyke’s attorney, Dan Herbert, said he is prepared to defend his client no matter who prosecutes the case. He has maintained Van Dyke acted properly and feared for his life.

“We believed Jason Van Dyke was overcharged for political reasons,” Herbert said, adding that he hopes the new prosecutor will recognize that.

The case is next in court June 30. 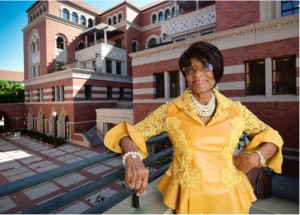 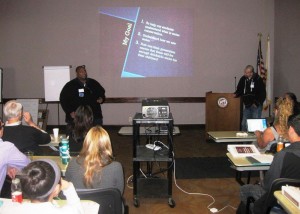 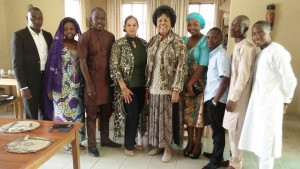