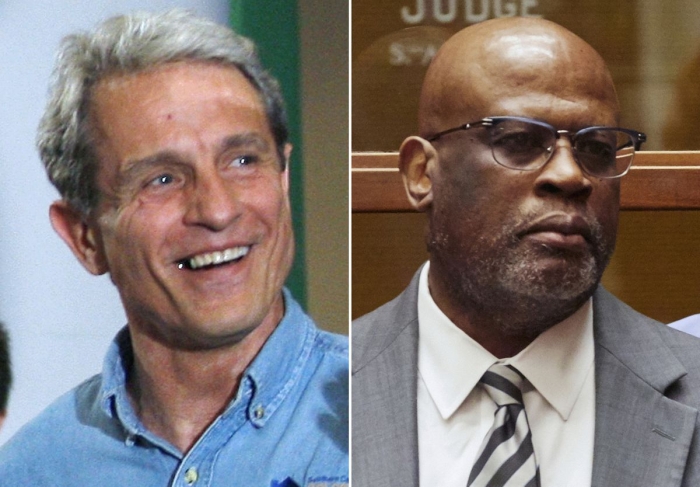 A request for bail was denied last Friday for Democratic Party fundraiser Ed Buck, who is accused of giving drugs to a man who died at his West Hollywood apartment after allegedly being lured across state lines for prostitution.

Over 4,000 people signed a petition that was submitted in court, asking the judge to deny Buck bail in the name of public safety.

Buck’s attorneys, Christopher Darden and Ludlow B. Creary II, argued that their client should be released from the downtown federal lockup due to the COVID-19 pandemic currently moving through jails and prisons. Buck, 66, had offered to put up a $400,000 signature bond and submit to electronic monitoring and home confinement. However, U.S. Magistrate Judge Rozella A. Oliver found that the proposed bond conditions were insufficient to ensure Buck’s presence at trial, given the incentives to flee. She also determined that Buck would pose a danger to the community if allowed to leave jail before his trial in January.

As for the threat of COVID-19, the judge said defense attorneys did not show that the Metropolitan Detention Center was unable to handle Buck’s medical needs, and that he didn’t have any medical conditions that put him at elevated risk for the virus, beyond his age.

Federal prosecutors allege Buck has a history of injecting men with drugs and paying them for sexual activity, and emphasized in a court filing that a previous judge’s ruling denying a pre-trial release on grounds of danger to the community was correct.

Darden, who became a household name prosecuting O.J. Simpson for murder in the mid-1990s, represented Eric Holder, who is accused of killing hip-hop artist, Nipsey Hussle last year.  Darden then dropped the case when he began receiving death threats.

In court, Darden bragged about the amount of money Buck was paying him and complained to the judge about having to go down to the Metropolitan Detention Center to visit his client because he was risking catching coronavirus.

Journalist and victim advocate, Jasmyne Cannick, said the judge made the right decision in denying Buck’s application for pretrial release and home confinement.

Cannick attended the hearing, along with West Hollywood Mayor Lindsey Horvath who was concerned Buck might be returning to her city.

Buck is scheduled to go to trial in Los Angeles federal court on nine counts next year. He also faces state charges of running a drug den, but the federal case will proceed first.

Buck was arrested last year after being charged in federal court with providing methamphetamine to a man who died after receiving the drug intravenously. He now faces additional charges, including a count alleging that he enticed 26-year-old, Gemmel Moore, to travel to the Los Angeles area to engage in prostitution. Buck allegedly provided meth to Moore, who overdosed on the drug and died on July 27, 2017.

Buck is charged with a second count of enticing a man to travel with the intent of engaging in prostitution. He is also accused of knowingly and intentionally distributing meth, and using his apartment for the purpose of distributing narcotics such as meth, and the sedatives, gamma hydroxybutyric acid (GHB) and clonazepam.

Trial is scheduled for Jan. 19

Federal prosecutors allege that Buck engaged in a pattern of soliciting men to consume drugs that Buck provided and perform sexual acts at Buck’s apartment,” a practice described as “party and play,” according to court papers.

Buck allegedly solicited victims on social media platforms, including a gay dating website, and used a recruiter to scout and proposition men. Once the men were at his apartment, Buck allegedly prepared syringes containing meth, sometimes personally injecting the victims with or without their consent, according to the indictment.

Buck also allegedly injected victims with more narcotics than they expected and sometimes injected victims while they were unconscious. Another victim, Timothy Dean, also suffered a fatal overdose in Buck’s apartment, on Jan. 7, 2019, according to the indictment.

Each of the charges alleging the distribution of narcotics resulting in death, carries a mandatory minimum of 20 years in federal prison and possible maximum of life without parole.