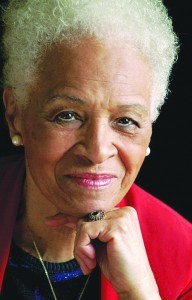 Jerri Lange’s Spiritual Journey on Earth has Ended, but Her Legacy Continues

LOS ANGELES,—Jerri Lange, one of the first African American journalists and television talk show hosts in the San Francisco Bay Area passed away peacefully on April 10, 2021, from natural causes.  At 96, despite several physical challenges, Jerri remained a positive and powerful force and continued to share her wisdom and experiences with her vast circle of family, friends, and admirers.  Jerri is survived by her two sons, James Cowan, a print media businessman, and Ted Lange, an actor best known for his stellar performance as Isaac on the hit television series, The Love Boat, along with Ted’s two sons/Jerri’s grandsons, Ted IV and Turner. Jerri joins her son, the late Michael Lange, former playwright, actor, professor in heaven.

Jerri was an award-winning journalist who from 1969 to 1979 hosted community-based television shows in the Bay Area on KEMO; KBHK; KGO; and KQED, where she became the first black woman to host a national talk show, Turnabout, and where she served on the Board.  Jerri has interviewed world leaders and great entertainers, including Professor Arnold Toynbee, a historian from the Royal Institute of International Studies in London; Sammy Davis, Jr.; Rock Hudson; and many others.  She was a professor at San Francisco State University, lectured a graduate class in communications at Stanford University, was correspondent in Africa for the San Francisco Chronicle, and was creator and publisher of the magazine, Amberstar. In her book, Jerri, A Black Woman’s Life in the Media, she tells of her extraordinary experiences and how they shaped her life. 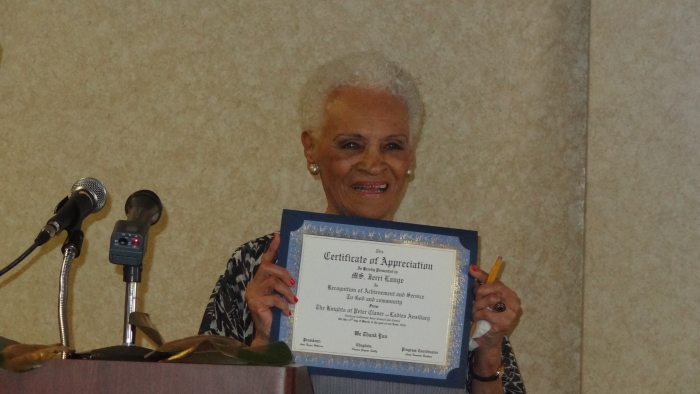 Born in Berkeley and spending most of her adult life in Oakland, California, the city she called home, Jerri lived a profound spiritual life and often talked about how studying in Japan in 2006 under the auspices of Hoju Roshie, a Master Zen Buddhist Priest, changed her life.  Jerri’s passion for learning about the cultures of the world, coupled with her love for all people bridged gaps and strengthened communities. She used her passion to empower people, especially young African Americans, who she urged to embrace the concept that we are all connected to the same source, as she guided them toward education through school, reading, researching, and traveling to enhance their lives.

The Lange family is currently planning a memorial in Jerri’s honor at a time to be determined in May 2021.  Additional details will be forthcoming. Cards and other communications can be sent to: Jerri Lange, c/o Carmen Stone, P.O. Box 852, San Lorenzo, CA 94580, or by email to [email protected].