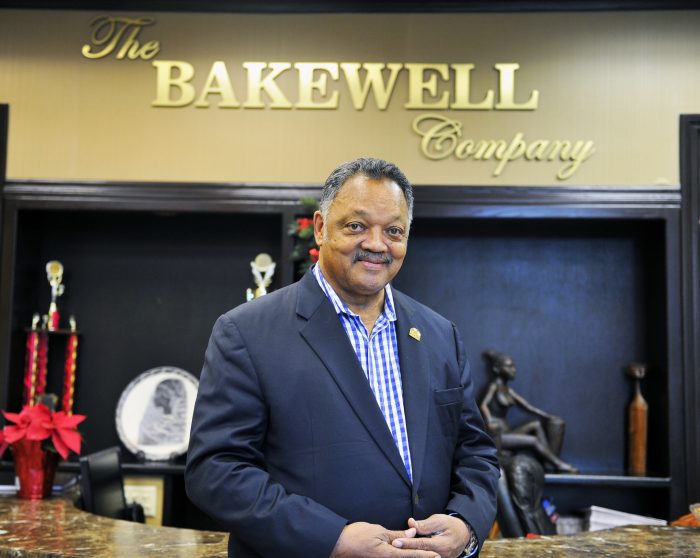 INTERVIEW AT THE LOS ANGELES SENTINEL WITH BRANDON BROOKS AND REVEREND JESSE JACKSON ON DECEMBER 7,2016 (PHOTOS BY VALERIE GOODLOE)

“We have to keep going,” said Reverend Jesse Jackson to all those anxious about the coming Donald Trump era in the United States.

“Deep water doesn’t make you drown. You drown because you stop kicking.”

Jackson spoke to the Sentinel recently about the factors contributing to Trump’s victory and the strategies needed to navigate through the pending administration’s potentially harmful policies.

“[Hillary Clinton] had a two and a half million vote margin victory,” Jackson told the Sentinel.

“Yet, the loser won and the winner lost because of something called the electoral college, a group of overseers of the popular vote. If this were in South Africa or Mexico, or Britain or France and the loser had a two and a half million vote win and yet the loser won, it would be incomprehensible.

“The rules must be changed. We must wipe out the electoral college. It has no useful function in today’s world of one person, one vote…”

Trump he said, spent lots of time accusing Democrats of voter fraud but no evidence of fraud was ever found. However, there was plenty of evidence pointing to voter suppression tactics. These tactics chip away at the civil rights African Americans and other minorities fought so hard for in this country.

“We want the protected right to vote.”

And, the first issue when it comes to that Jackson explained, is Trump’s potential pick for attorney general, Jeff Sessions.

Sessions, a four-term Alabama Republican has been described as a “hard-liner” on free trade and immigration, arguing that prospective immigrants don’t have constitutional protections. He has opposed efforts to overhaul prison sentencing, back off the war on drugs and legalize marijuana.

“We must protest vigorously against Jeff Sessions.,” he said. 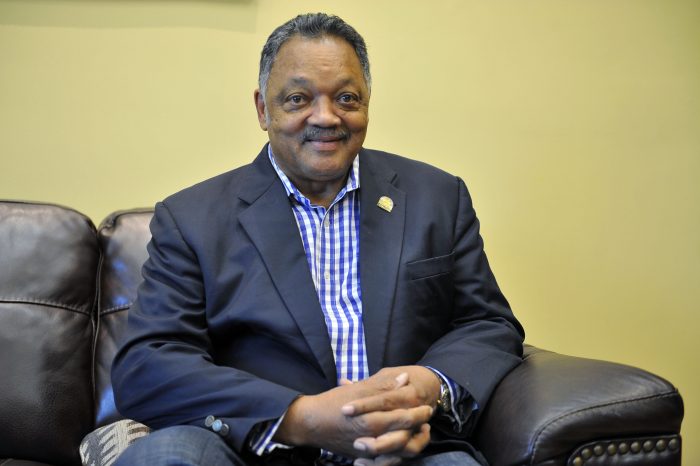 INTERVIEW AT THE LOS ANGELES SENTINEL WITH BRANDON BROOKS AND REVEREND JESSE JACKSON ON DECEMBER 7,2016 (PHOTOS BY VALERIE GOODLOE)

In addition to the AG issue, Jackson listed several other issues that will absolutely need to be addressed during the Trump administration’s term, in order to maintain a safe level of human rights in the United States. He mentioned things like changes in voting policies and procedures, gaining more access to media ownership for African Americans, more roundtables on urban policy and fighting to keep the Affordable Healthcare Act in place.

“In the future, we should have supervised Federal elections, not states’ rights,” Jackson said.

“Number 2, 18-year-olds should be automatically registered to vote. Number 3, there should be voting on all campuses. Number 4, we should have pictures on ballots so people can see who they are voting for…

“Those persons losing their healthcare may never recover. People will die between the time when they kill it in January and the three years before it comes up again. They will have debt issues, etc. We should fight for affordable health care.

“We need to fight to wipe out student loan debt and make education affordable and accessible again. We should demand an urban policy. We need a White House conference on urban policy to address the causes and cures of violence. We need to address things like the impact of poverty and plans to rebuild cities torn apart by homelessness.

“If we maintain our will to fight back, we can win even though the odds are against us…”

Jackson turned 75 earlier this year, and on December 17, he will be here in Los Angeles to continue the celebration at the Beverly Hilton hotel.