Jack and Jill of America’s South Los Angeles Chapter will celebrate their
Founder’s Day on Sunday January 27th at Elise’s Tea House in Long Beach.
Past Chapter Presidents, Officers, and members who have held National
and Regional posts will be in attendance.

The South Los Angeles Chapter was organized in 1956 in the home of Velma Woods.

The South Los Angeles Chapter has also made significant contributions both on the national and regional level. Dr. Ramona W. Arnold served as the 12th National President of Jack and Jill of America, Inc. During President Arnold’s leadership she started the relationship with

Africare that has continued throughout today. President Arnold commissioned the first history book about Jack and Jill of America, Inc. and developed the first convention handbook and national forms that are still used today. There have been two Far West Regional Directors who served from South Los Angeles Chapter: Dr. Jacki Parker Scott (1987-1989) and Tracie Thompson (2010-2011). Three members have also served in the role of Far West Secretary- 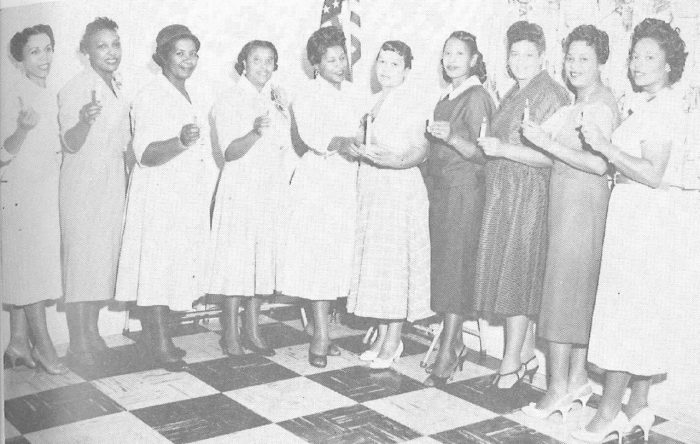 Director and during her tenure she developed a Teen Leadership Summit Module that became a prototype for leadership development for our teens.

The South Los Angeles Chapter has had several Far West Teen Presidents and a number of teens who have served in other regional capacities.

Throughout the years, our community service projects have included: feeding the homeless, visiting senior citizen centers and nursing facilities, donating school supplies to a homeless shelter, developing a partnership with the Mayme A. Clayton Library and Museum, donating socks and gently used clothing to a homeless shelter, organizing a Career Day Program, and volunteered with the Omega Educational Foundation Annual Youth Leadership Conference.

The chapter has also sponsored several Casino night events, Jazz Brunches, Oldies But Goodies Dance, and Fashion Shows as part of our fund raising events. The proceeds from many of these events have gone to assist the Omega Educational Foundations with the Annual Youth Leadership Conference, Britt-care, and CLIMB. All these organizations provide support and assistance to needy families and children throughout the South Los Angeles area. 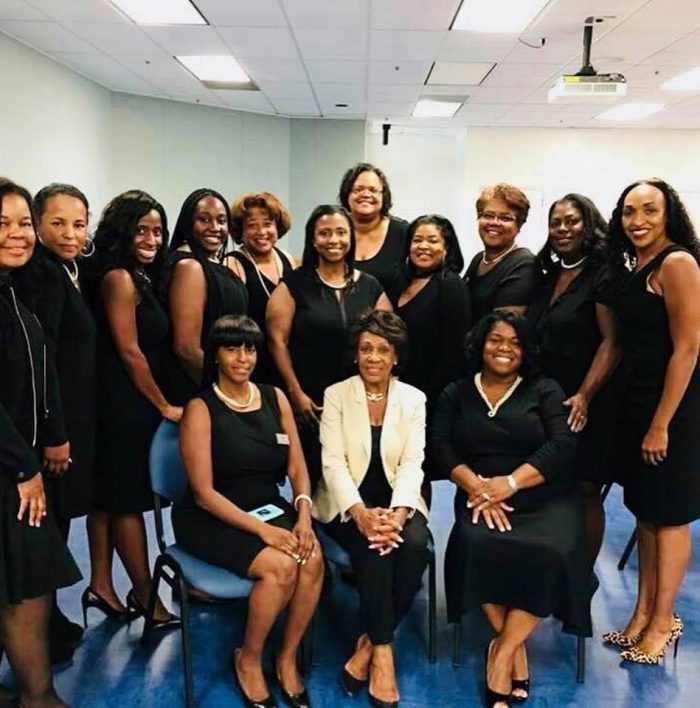 In 2015 the South Los Angeles Chapter was awarded a $3,000 Jacqueline Robinson Grant from the Jack and Jill Foundation. The grant award was utilized to conduct a one day workshop entitled “Our Children Are Not for Sale: Human Sex Trafficking Awareness and Prevention in South Los Angeles.”

On November 5, 2017, the mothers of South Los Angeles Chapter will celebrated its 60th year anniversary of its founding. And, we will reaffirmed our commitment to continue to stay true to the mission and goals of Jack & Jill of America, Inc. through the phenomenal programming for our children and service to our community. January 15, 2018 the Jack & Jill of America South Los Angeles Chapter became the first chapters to participate in the 33rdAnnual Kingdom Day Parade, which is one of the Nation’s biggest MLK celebrations.

The theme was “When They Go Low, We Go High.”

Opening the latest Programming year was met with a resounding moment when Congresswoman Maxine Waters surprised The South Los Angeles Chapter by attending their first members meeting of the 2018-2019 Programming year on June 30, 2019. Her motive wasn’t political by any means. Congresswoman Waters only priority was to remind mother members of their purpose and the nation’s dire need to continue The Jack and Jill of America legacy which is to create, develop, & nurture leaders from birth, by any means necessary! 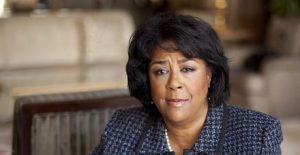