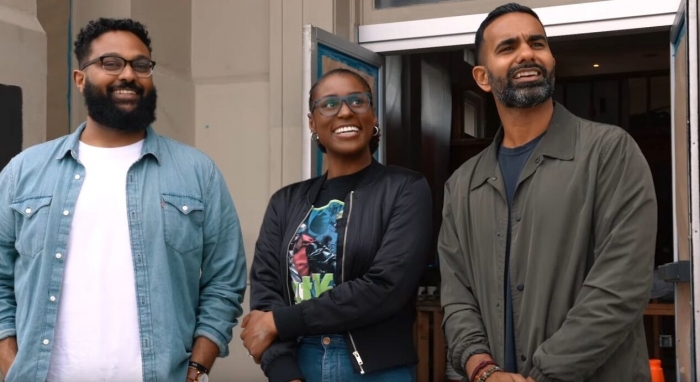 Just below the second floor of Hilltop Coffee + Kitchen the phrase, “WE’RE ALL IN THIS TOGETHER” functions as a sentry to the patrons who enter the shop residing on the corner of La Brea Avenue and Regent Street.

The expression could be a testament to its inauguration, a collaborative effort between co-creators Ajay Relan, Yonnie Hagos and producer and actress Issa Rae from HBO’s “Insecure.” Hilltop Coffee + Kitchen is the second location of the Hilltop brand, the first located in View Park and a third set to open in Eagle Rock.

The union between the trio came to be due to a shared interest in generating an area where Inglewood residents could congregate and create. Calling her an “authentic partner” Relan said that Rae’s values and mission were similar to their own. The coffee shop is one of the newest additions to Inglewood, an ever-evolving city subjected to constant change including Metro construction and new sports arenas. What sets Hilltop apart from other businesses is that it’s “something that services the incoming population,” Relan said in a video press release. 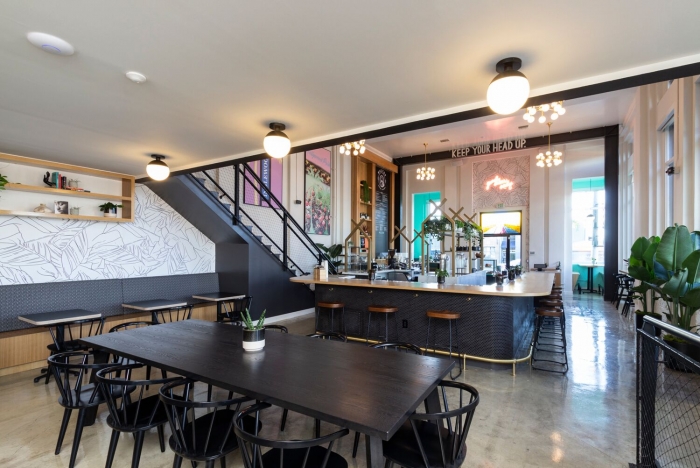 “All the culture that comes out of South of LA [is the] origin for a lot of culture that a lot of people consume and it just doesn’t get the credit that it deserves, so we hope that through visual, the food, the interaction with our team, people leave feeling inspired,” Relan said in the video.

Rae, who grew up in View Park and Inglewood, echoed Relan’s statement noting that Hilltop was fashioned with concerns of its surrounding residents in mind. The partnership between Rae and the creators can be attributed to Rae’s desires to open a coffee shop in her own neighborhood.

“In such a time where we hear about neighborhoods being gentrified with no interest in the community and pushing other people out and we really just want to invite the community, we want to say we’re here for you,” Rae said.

The interior of the coffee shop features an open floor plan full of seating tucked into every corner of the space, a large Inglewood poster hung on the wall that leads to the second floor. Rae shared that it was important that each Hilltop Coffee + Kitchen site is attuned to characterize the city it resides in.

Hilltop’s Inglewood location was established with creators in mind, a place for them to work on their craft and meet others at the same time. Still, Hagos affirmed that this shouldn’t deter anyone else from coming in for a beverage or food item. 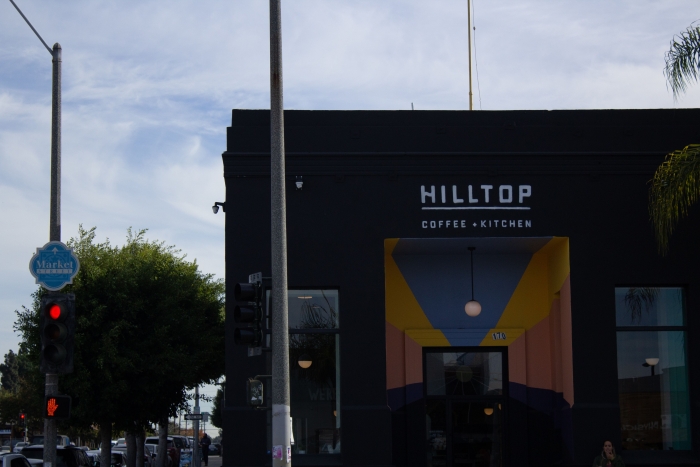 Los Angeles has seen a surge of Black business owners in the realm of coffee shops including shops like Sip and Sonder and Hot and Cool Cafe. Despite the competitive nature of business, Rae shared that they want to instead help one another.

“A lot of us are Black-owned specifically and we don’t want to compete, we want to work together, we don’t want people to feel like they have to choose it’s really just like this is our area where we have our own interests at heart,” Rae said. “I feel like in the same way we’ve been talking about a film and television renaissance just with Black creators really stepping up and coming to the forefront, I hope the same thing happens with Black owners in Black neighborhoods.”