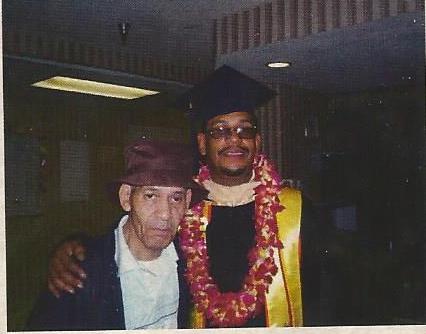 Bryan Gaines and his father Melvin Gaines at his graduation ceremony. (courtesy photo)

Bryan Gaines is a skilled care worker and advocate who knows first-hand the dearth availability of facilities needed to properly house and care for uninsured homeless seniors, living with dementia.

In 15 years of working with seniors with memory loss and other mental disabilities, Gaines has witnessed how poverty and inaccessibility to quality care, wreak havoc and influence poor health conditions. The physical changes in the brain are sometimes so severe, that seniors struggle to live normal lives.

“There’s a huge intersection between the two; most people end up in a crisis, and the crisis is what leads to homelessness and things like that, because what happens is the family doesn’t know what to do,” said Gaines.

According to Gaines, most Blacks suffering Dementia, Alzheimer’s, inaudible Dementia, or any type of mental disability, usually have no access to the type of quality health care that provides earlier diagnosis and treatment.” By the time they find out it’s Dementia, it is pretty much too late,” he said.

Court dockets are filled with cases of relatives attempting to gain conservatorship of their elderly loved ones’ estates.  Adult Protective Service reports of elder abuse pile up when friends, family, and neighbors learn of the suffering seniors are forced to endure, the advocate said.

“It happened with my dad,” Gaines said, as he began telling their personal story of pain and triumph.

According to Gaines, Melvin Gaines spiraled into poverty and homelessness due to undetected signs of dementia.  How the younger Gaines found out seemed cold and callous, he shared.

It began with a phone call from one of his father’s sister. “‘Your daddy has Alzheimer’s disease and you need to come take care of him.  He needs 24-hour care. I’m not going to be here. I’m on my way to the state line.’  That’s what the sister called and told me,” Gaines stated.

His father lived alone and apart from Gaines, who was asked to come to the aid of a man he really didn’t know. “He wasn’t there for me, and we had an estranged relationship.  I never spent one whole day. I never spent the night with him,” he said.

First he struggled, but got over his personal pain of abandonment.  His grandmother played an intricate role, he said.  “She said, ‘You can do what you want to do, but it doesn’t make it right,’” he recalled. 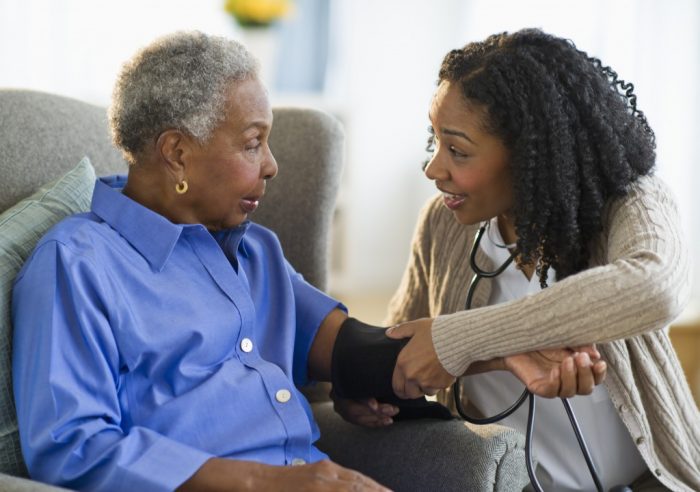 Gaines stepped up to the plate and cared for his father until his last breath, and shares in his role as an advocate and everything he has learned.

Gaines characterizes the Black community as a people still living in the Dark Ages when it comes to dementia.  People still think of those with dementia and Alzheimer’s as “crazy” and “senile,” because that’s how they were raised, Gaines said. “That’s what we remember most, uncle and aunt that was suffering with that family said, ‘Don’t worry about that.  Just let him sit there,’ and as a result, people are struggling,” he said.

The Black community, really the world, needs “senior sensitive training,” Gaines said.  His aim is to teach multiple entities, agencies, and organizations about being sensitive to the needs of elders, with and/or without debilitating diseases.

Memory loss that disrupts daily life may be a symptom of Alzheimer’s or another dementia. Alzheimer’s is a brain disease that causes a slow decline in memory, thinking and reasoning skills. There are 10 warning signs and symptoms.

“We’re looking at early detection.  How can we get our people involved in finding out earlier, so they can have a better quality of life, so they can get involved in the process,” Gaines said. He fields calls mostly from people in crisis, rather than those in very early stages, who are planning as seniors in  affluent communities do, he said.

“They’re getting earlier diagnosis.  You have people that are still driving and still living a long life, because they’re able to participate in the early process,” he continued.  According to Gaines,  data is needed in order to provide better quality services for the seniors in his community.  “The only way that we’ll be able to do that is by showing the evidence.  We have to show what the impact is on individuals that our suffering with this,” Gaines said.

“Studies have shown that African Americans have higher rates of dementia than both Latinos and whites, and face the highest risk of Alzheimer’s disease when compared to any other racial or ethnic group—three times as high, in fact,” wrote Karen Lincoln, Ph.D., in “California’s Caregiver Crisis:  African Americans Most at Risk.”  Her op-ed highlighted the caregiving crisis among Blacks and how California is beginning to take steps to address what is predicted to worsen.  The piece was published in the California Health Report on Nov. 14, 2016.

Lincoln is Gaines’ supervisor, as well as director of the USC Hartford Center of Excellence in Geriatric Social Work, a member of the California Task Force on Family Caregiving, associate director at USC’s Edward R. Roybal Institute on Aging, and founder and chair of USC’s Advocates for African American Elders.

The racial disparities also extend to diagnosis and treatment, with blacks far less likely to be diagnosed with Alzheimer’s or prescribed approved treatments, Lincoln elaborated.

“Yet these higher rates of Alzheimer’s and other forms of dementia are just the tip of the iceberg for aging African-Americans. Another major challenge is caring for this group,” Lincoln went on.

According to Lincoln, black caregivers are on average age 46, compared to white caregivers, at 52, meaning they are “sandwiched” between caring for an older person and a younger person under age 18—or are caring for more than one older adult.

“I had his primary care physician on speed dial and developed a close relationship. I had to have one with him in order to provide care for my dad,” Gaines said.  He contends that the doctors lacked training about the disease, so he had to often advocate with them, he said.

Currently, there is no organized way to help families plan for the toll of caregiving, according to Toni Miles, M.D., Ph.D., Professor, Epidemiology and Biostatistics at the University of Georgia’s College of Public Health.

“There is almost no work on the survivors. I call them the people around the bed,” Miles said.  Family caregivers are generally people who are unpaid;  they do it because they’re related to the person by blood or they’re just really good people, who understand there’s a need and are filling it,” she said.

Miles shares that family caregivers sacrifice and expose themselves to the stresses of caring for someone. “That’s what makes them more special, I think. I don’t want to discount service providers, because they are underpaid for what they do,” Miles said.  She added, “From my perspective, that is the reason to have this conversation, that funerals are not for the dead, they’re for the living; they are to help people start the healing process.”

If given the choice, he would do it all over again, said Gaines, who is working on his doctorate degree on Alzheimer’s and Gerontology.

“Had I not done that, I would not have been able to experience my dad at the level that I experienced him in; it was a different type of father and son relationship, different type of love through the disease and through us being together throughout that time,” Gaines said.

He reflected in vivid detail, “There was a look in his eyes and his body language expressed to me that he was thankful and he was grateful that I was there … One day, when he reached up – because my dad, we never hugged.  We never did anything like that – We were sitting in his living room, he was trying to say something and he couldn’t say it.  And finally, he reached over and put his hand on my chest and hit it a couple times, and that signified for me that he was saying, ‘Man. Thank you. Thank you’!”

“He couldn’t remember my name, but he knew he was with someone who is taking care of him, and cared about him, and rescued him, and got him to a safe place, out of place in time where he was totally confused about everything that was going on in his life,” Gaines said.

(This article was written/produced with the support of a journalism fellowship from New America Media, the Gerontological Society of America and the Retirement Research Foundation.)

New parents have a lot to be joyful about, but the worries can add up as we... 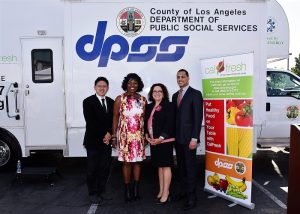 MAY IS “CALFRESH AWARENESS MONTH”

Success On “The Way”… Ask Dr. Jeanette: Dealing With Discord