Barack Obama’s presidency will be documented ad infinitum.  However, Los Angeles is   fortunate to have Erin Aubry Kaplan’s new book, I Heart Obama, a solid jumpstart on what is certain to be a mammoth field of chroniclers.  (2016) ForeEdge.  The book itself is a powerful, heartfelt narrative about the complexities, contradictions, and challenges of a Commander- in- Chief, vilified like no other, chiefly because he is Black. Obama navigated the murky waters of politics and power well but was unable, or unwilling, to accord proper attention to the needs and concerns of Black America.

Lynell George, journalist, essayist and author of No Crystal Stair: African Americans in the City of Angels intones, “Kaplan artfully combines reportage and self-inquiry to tell a story about collective yearning and hope, against a backdrop of disillusionment and despair. I Heart Obama   will become part of an essential post-presidential discussion…..”

Intended to share Kaplan’s eloquent, illuminating, and at times painful, narrative with as many people as possible, this column-and others to follow- contains excerpts from Chapter 1, Obama the Folk Hero: What He Means to Us. It sets the tone for the complexities, contradictions and challenges that follow. They were not his challenges alone- the Black community and its leaders share that responsibility.  Obama’s legacy is inextricably woven with ours. Therefore, collectively we must continue to honor him and the best in ourselves:

“From the instant he became president, Obama has been a Black cultural touchstone like nothing I’ve seen before.  His presence has changed everything, realigned our thoughts and arguments about ourselves, our progress and our country, affirming some things and disapproving others.  His symbolism has been the most influential thing about him.  It’s also been the most controversial.  As president, he was a Black man waging a battle against the racist tendencies of the very system he was elected to lead, fighting daily to effect ideals of unity and common good that were never meant for Black people at all.  This is the spectacle that Black folks have followed, more so than his policies, many of which have been shaped-not in a good way-by his failure to effect those ideals.  The failures, over-compromises, are Obama’s acknowledgements of defeat; that includes his almost total silence on the subject of Blackness itself, which (many) Black folks feel is the worst defeat of all.  And yet we watched Obama struggle and sympathized with him, with his thwarted ambitions and his failures, because to be what he tried to be -Black, idealistic and president-is nothing less than superhuman.

Obama has been a figure of unprecedented importance for Black people.  In the pantheon of Black figures and leaders, he is unique, a logical extension of King and Malcolm, but also detached from them because he has made most of his decisions detached from us.  As president he decided things only as himself, not as an agent of Black people, but we don’t know what he intended for us, if he intended anything.  “He’s not the president of Black America; he’s the president of the United States of America!”—which, to me, is a bright red herring, a self-negating posture meant to head off a more troubling discussion about why we as Black people have learned so well to have no expectations of anyone who makes any claim to represent our interests, however obliquely.  Yet we support Obama because we must; he may not actively represent us-the first Black leader with that somewhat dubious distinction-but he is ours.

But his ubiquity is double-edged.  In a white America that Blacks must still navigate, Obama is both our armor and our Achilles’ heel.  “On the one hand, his presence in the White House refutes stereotypes of Black inferiority and fallibility; on the other, his blunders or failures of nerve confirm them.  We largely forgive him the blunders because that is our job-who else but us would give him the margin of error he needed, but was never granted. Who else will say he is human and we forgive him because, towering figure that he is, Barack is one of the family.

This is the battle royale we have been watching, with Obama our accidental folk-hero protagonist fighting an enemy far bigger and more insidious than anything faced by other folk-heroes.  Barack is pitted against America itself.  America and its entire monstrous history of racism that was roused anew because he dared to try and show the country something, dared to be Black and chiefly idealistic rather than Black and chiefly critical, imploring or righteously angry.  For this sin of initiative and imagination, he was punished.

His presidential record has little to do with his heroism.  Years from now, we will tell stories and sing songs about Obama’s great feat of becoming the first Black president who did not ultimately change the real world in which we all suffer, who in fact succumbed to the political temptations of that world more than a little.  But the feat was that he got to the top on his own volition.  He did not get there as a Black prop of white ideology, a la Supreme Court Justice Clarence Thomas.  He succeeded as himself.  And himself he has remained:  Though he lost many ideological skirmishes along the way, Obama the man/hero didn’t unravel or despair on the world stage that he occupied every day.  Through all of it, he has been approachable but unflappable and, to the puzzlement of many in the media, emotionally impervious.  He bends, compromises, but does not bleed. 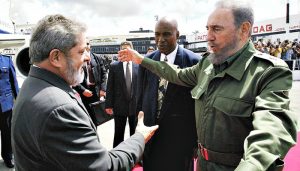 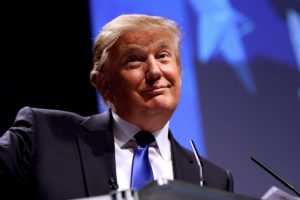