How to Begin Talking About Racial Equity

The protests across the U.S. have many calling for a renewed national dialogue about race, policing, equity and what it means to be a black person in America today.

And that is good news, said Nicole Mitchell, director of Diversity and Inclusion at Cedars-Sinai.

“We have so many people who want to be allies and to be voices,” Mitchell said.

But how do we begin talking about these sensitive issues?

First, people should be mindful and avoid overloading their black friends and family with requests for information, Mitchell said, because every individual is coping with this differently.

“I need people to remember that right now, a lot of your black colleagues and friends and family members are hurting and are frustrated and are dealing with their own emotions,” Mitchell said. “Adding the extra level of stress to them to explain the situations or to help you advance your understanding could just add to that level of stress.”

Mitchell says those looking to be better allies to the black community can start by simply doing some research on racial equity. Doing the research first is a great way to come into conversations prepared to ask informed questions and to listen openly to experiences and perspectives.

“If we can enter a conversation with an open mind, with a listening ear, and with the fact that we’ve done some research to help to try to understand more, I feel that will help move the conversation forward,” she said.

In her role at Cedars-Sinai, Mitchell works daily to make sure that Cedars-Sinai continues to be a diverse, inclusive organization where everyone—including staff, patients and visitors—feels like they belong. She leads education programs like implicit bias training, which can help in the fight against racial disparities in healthcare.

“From a Cedars-Sinai perspective, we continue to bring that conversation to the table, and we’re highlighting it even more, which is important in our role as a leader in the community and in healthcare,” she said.

But Mitchell’s fight for racial equality starts at home.

“My husband is black, his father is black, and our son is black, and the events that are happening in our country right now, I feel them very personally,” Mitchell said. “Every day I think about my family and friends, and I’m worried about them, as a black wife and a mom. You wonder how your family is when they’re out in the public, when they’re just living their daily lives. What could happen to them? That’s a worry that some people don’t have to carry with them every day, but we do.”

Talking to Children About Racism

For many, discussing these issues with the children in their households in a healthy, age-appropriate and productive way presents a challenge.

“I think that starting the discussion about racism and race is really important,” Mitchell said. “We have to remember that our children are watching us all the time, and they are imitating us. We’re the first role models that they see.”

Mitchell said that one of the best things families can do for their children is surround themselves with diversity as early as possible.

“One of the biggest things I can recommend is to expose your children at an early age to people who look different than them, to different cultures, and talk about it,” Mitchell said.

She recommends surrounding children with books, videos and cultural events in the community that show them a variety of races, cultures, religions, languages and other differences among people.

As children get older, Mitchell recommends starting a dialogue about what they see and hear in their surroundings.

“Ask them, ‘Well, what are you seeing? How do you feel about that?'” Mitchell said. “I think having those open dialogues with our children is really, really important. And I don’t think we should shy away from them.”

As children become teens, parents can expect them to have more complicated questions, and to start to form their own opinions. Tools like videos and documentaries can help ease families into conversations.

“Those are critical years where you can have in-depth and important conversations because we’re shaping the youth and the next generation,” Mitchell said. “So let’s talk about racism. Let’s talk about what that looks like. Let’s dive into their feelings on it. What are they seeing?”

Spreading Hope in Our Communities

Mitchell is certainly putting her advice into action by taking her 17-month-old son to some of the recent protests.

“Even though he’s so young, we have taken him out into the community and have joined a couple of the protests and have talked to him about what’s happening,” she said. “Though he may not understand, we think it’s really important to expose him to that.”

“We know as parents that it’s critically important for our son to understand what equity and justice mean, with the hope that when he’s older and our age, these things won’t be part of our daily lives,” she said. “But we know that we have to educate and expose him in an ongoing basis, so he’s ready to face things that may come up.”

Mitchell has also helped clean up her community after looting broke out. She says it’s part of the obligation we each have to our communities and a key step in the path forward.

“I think that we just need to stay focused on making sure that we’re creating space for people to really have a voice,” Mitchell said. “I think that the protests will fade, but I think that it’s laying the foundation to really see change, systemic change, within organizations, within some of these major entities like housing, and we’re just talking about things differently. I think that the appetite to talk about them is there and I’m hopeful that this is going to continue.”

Read more on the Cedars-Sinai blog: Faces of Cedars-Sinai: Nicole Mitchell, Director of Diversity and Inclusion 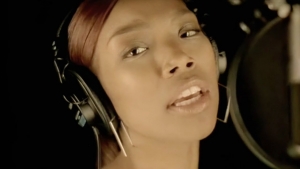 SONG OF THE DAY: Wake Up Everybody – Brandy, Mary J. Blige, Missy Ell... 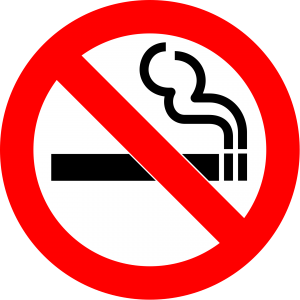 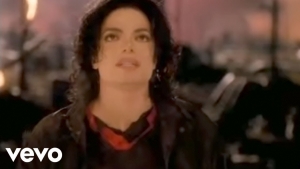