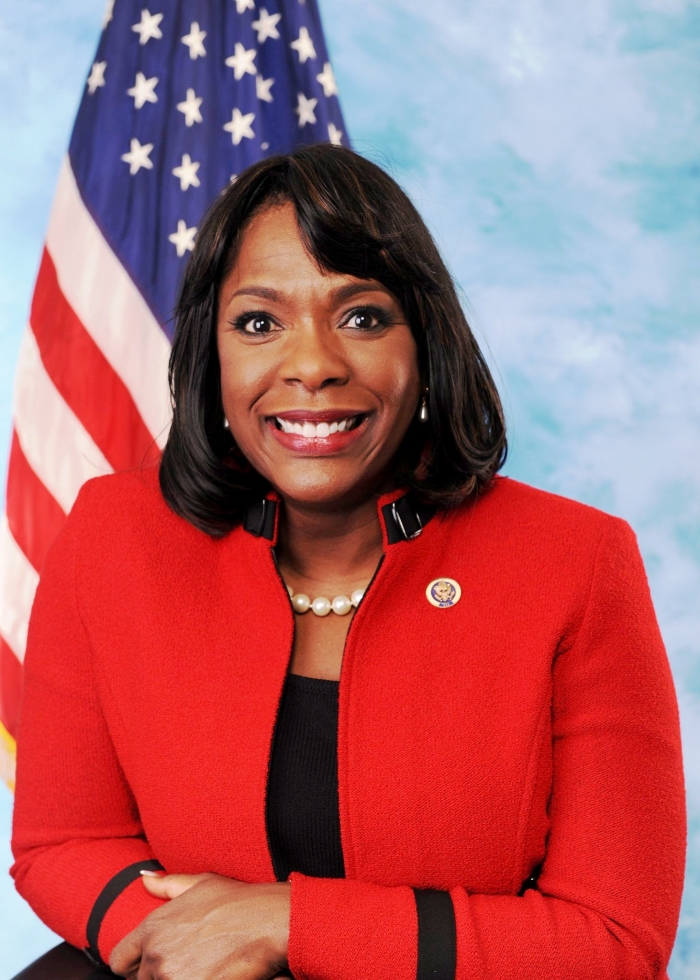 More than four years after sections of the Voting Rights Act of 1965 were taken out by the Supreme Court and following four attempts under a House led by Republicans, Rep. Terri Sewell’s (R-Ala.) bill to reinstate voting protections has finally passed.

“Voting is personal to me because it was on the streets of my hometown, Selma, that foot soldiers shed their blood on the Edmund Pettus Bride so that all Americans – regardless of race – could vote,” Sewell, who is African American, wrote on Twitter.

“I am so proud the House voted to #RestoreTheVote,” she added.

The measure, H.R. 4, passed by a 228-187 margin, with all Democrats voting in favor while Sewell and Pennsylvania Rep. Brian

Fitzpatrick counted as the only Republicans to support the legislation.

Many are now calling on the Senate to take up the measure.

Rev. Dr. William Barber, the president and senior lecturer of Repairers of the Breach and the architect of the Moral Mondays Movement in North Carolina, counts among those calling out Senate leaders.

“If [GOP Senate Majority Leader] Mitch McConnell refuses to take it up in the Senate, he’s confessing that he believes the GOP can’t win without voter suppression.”

Gerrymandering, unfair voter I.D. laws, and intimidation at the polls are among the tactics being used to prevent voters of color from casting votes, stated Marcela Howell, the founder, and president of In Our Own Voice: National Black Women’s Reproductive Justice Agenda.

“The wholesale disenfranchisement of voters threatens our democracy. Conservative lawmakers across the country are pulling out all the stops to prevent people of color – especially Black people – from exercising our right to vote,” she stated.

“We didn’t march and die fighting for our right to vote only to have that right denied us in this new Jim Crow era –fueled by the racist policies of conservative state legislators and the terrible decision in Shelby v. Holder by the Supreme Court that reinforced these oppressive laws.

“We call on Sen. Mitch McConnell to follow the leadership of House Speaker Nancy Pelosi to stop the assault on voting rights by scheduling a Senate vote on the Voting Rights Advancement Act as soon as possible.

“We encourage voters across the country to unite in resistance by holding their elected representatives accountable and, most of all, by exercising their right to vote in local, state, and federal elections.”

Sewell’s bill initially would cover 11 states, including nine in the South, and also California and New York.

The bill would require all states to get federal approval for election changes known to disproportionately affect voters of color, like strict voter I.D. laws, tighter voter registration requirements, and polling place closures in areas with large numbers of minority voters.

For more than 50 years, the law stood as a powerful force to prevent the type of racial discrimination in voting that marred America’s history before the bill’s passage, Schumer stated.

“The House of Representatives passed H.R. 4, the Voting Rights Advancement Act. This is a critical step towards restoring the protections of the Voting Rights Act and beating back the scourge of voter suppression,” Schumer added.

“The right to vote is the very wellspring of our democracy. Generations have organized, protested, marched, and died to extend the franchise to all Americans.

“It is incumbent upon every member of Congress to continue to fight to increase, rather than impede, access to the ballot box and ensure that every eligible American can have their voice heard. I urge Majority Leader Mitch McConnell to bring this legislation to the floor of the Senate. Voting rights are simply too important to be banished to Leader McConnell’s legislative graveyard.”