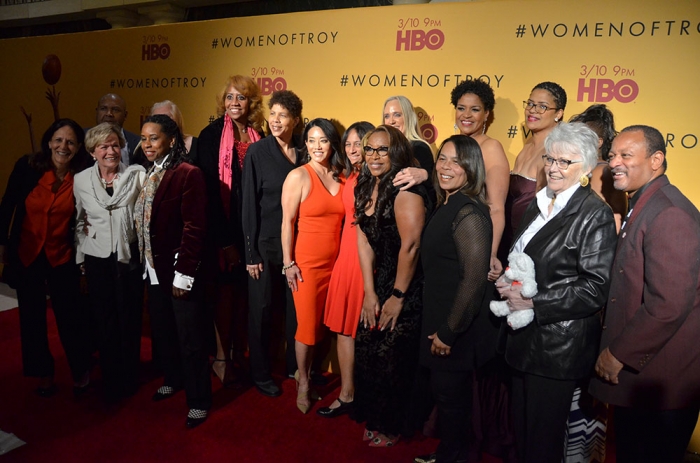 The NCAA championship-winning USC women’s basketball team of 1983 and 1984 pose at the Los Angeles premiere of “Women of Troy.” (Amanda Scurlock/L.A. Sentinel)

On March 10, HBO will debut “Women of Troy,” a sports documentary on the 1983-84 USC women’s basketball team at 9:00 PST. The documentary gives an exclusive look at the team that won two consecutive NCAA championships with sports icon Cheryl Miller leading the way.

The Women of Troy won their titles 11 years after Title IX, a federal law that banned discrimination based on sex in educational or federally funded activities, was passed. The law urged academic institutions to provide equal funding to educational and sports programs for women and men.

On Wednesday, February 26, the documentary premiered in Los Angeles at the USC School of Cinematic Arts with the NCAA champion USC women’s basketball team in attendance.

The excitement and enthusiasm of the 1983-84 Women of Troy was on full display on the red carpet. The players took time to converse and crack jokes while posing for photos and conducting interviews.

The USC Trojans received their champions warmly as the marching band and cheerleaders performed prior to the showing of the documentary. 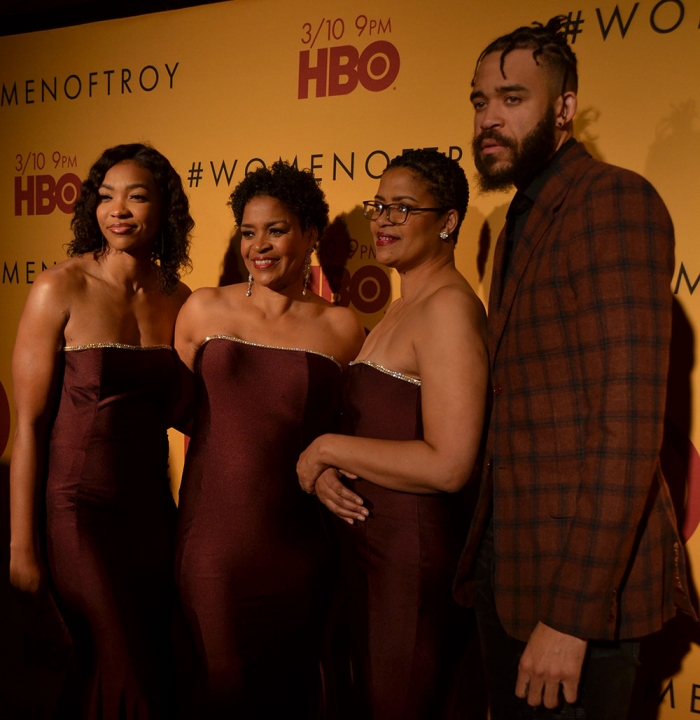 “Women of Troy” put the extraordinary athleticism and vivacious nature of Miller on the forefront, establishing her as a pivotal figure in women’s sport with her style of play.

“Back in the day, I watched those teams, specifically Cheryl Miller,” said documentary producer Gary Cohen of Triple Threat TV. “She was a transcendent personality and I always remembered her as the greatest of in the game.”

Players of the time painted a vibrant picture of their success and struggles of the time, sharing stories of Miller and Pam’s run with the USC Olympic basketball team in the 1984 Summer games and of Cooper’s triumphant stint to the WNBA.

Anecdotes shared in the documentary ranged from joyous and humorous to solemn and somber as Miller’s playing career ended prematurely.

HBO, a network that houses “Insecure” and “A Black Lady Sketch Show,” once again chose to prioritize Black women in their programing by highlighting this success story. 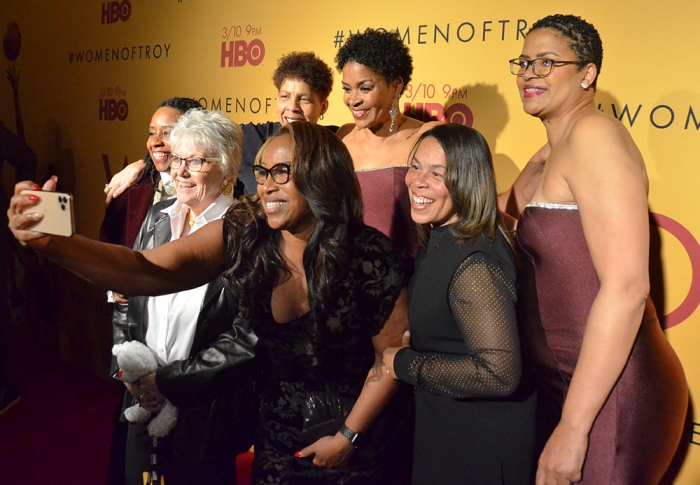 The championship-winning Women of Troy kept achieving success in their post-basketball career as players went on to earn PhD’s. One player became a lawyer, another became a pilot.

Along with being a WNBA and college coach, Miller was a sports analyst for TNT for 17 year. Cooper once led the USC women’s basketball team to a Pac-12 tournament championship victory in 2014 as a head coach.

Pam has offspring in the NBA and the WNBA, producing Imani McGee-Stafford of the Dallas Wings and JaVale McGee of the L.A. Lakers.