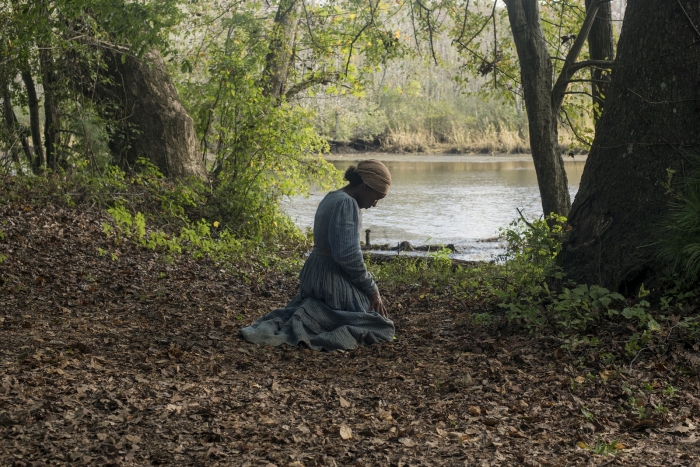 You know that wrinkled $20 bill in your wallet, the paper with the face of a White man (Andrew Jackson) that you worked hard to earn, here’s a question to ponder. It’s been over a year since the Treasury Secretary (Steven Mnuchin) publicly answered questions about the Harriet Tubman $20 bill. It was President Obama and his administration’s plan to honor the Underground Railroad heroine. It was Trump and his administration inheritance to remove Andrew Jackson— a slave owner — and replace it with Tubman, once a slave who risked her life to free other African Americans from savage bondage. The redesign of Tubman on the $20 bill was expected to be unveiled in 2020; that’s about four months away. If this occurs it will mark the first time an African American woman would grace U.S. currency and the first woman in more than 100 years on a paper note. Let this percolate.

In the new film “Harriet” directed and co-written by Kasi Lemmons and starring Tony Award winner Cynthia Erivo, the British singer and actress brings the warrior, the “badass” that Harriet Tubman was to life in such a way, I am experiencing chills as I type this review.

Most likely you know what Harriet Tubman looks like. There are many photographs of the fearless woman who waited and listened to the voice of “her God” and what you most likely remember is her steely stare. She dared and won, her gaze suggests that we do the same.

Harriet ran away from a Maryland plantation where she was born and raised, a slave — property of a White family— then known as Minty.

Minty has fainting spells (the result of one of her masters cracking her head open when she was 13) and hears the word of “God” and can see events before they happen. Faced with slavery or death, she jumps into the river and let’s say, is baptized and she arose, a new woman. The Bible says: “Repent and be baptized every one of you in the name of Jesus Christ for the forgiveness of your sins, and you will receive the gift of the Holy Spirit” (Acts 2:38).

Saved by the river, she’s left alone in the dangerous woods where she walked 100-miles to Pennsylvania, the free state that borders Maryland. As she approaches the state line, something happens deep inside, a journey that began in terror has now shifted into a new adventure and one where she is a free woman. 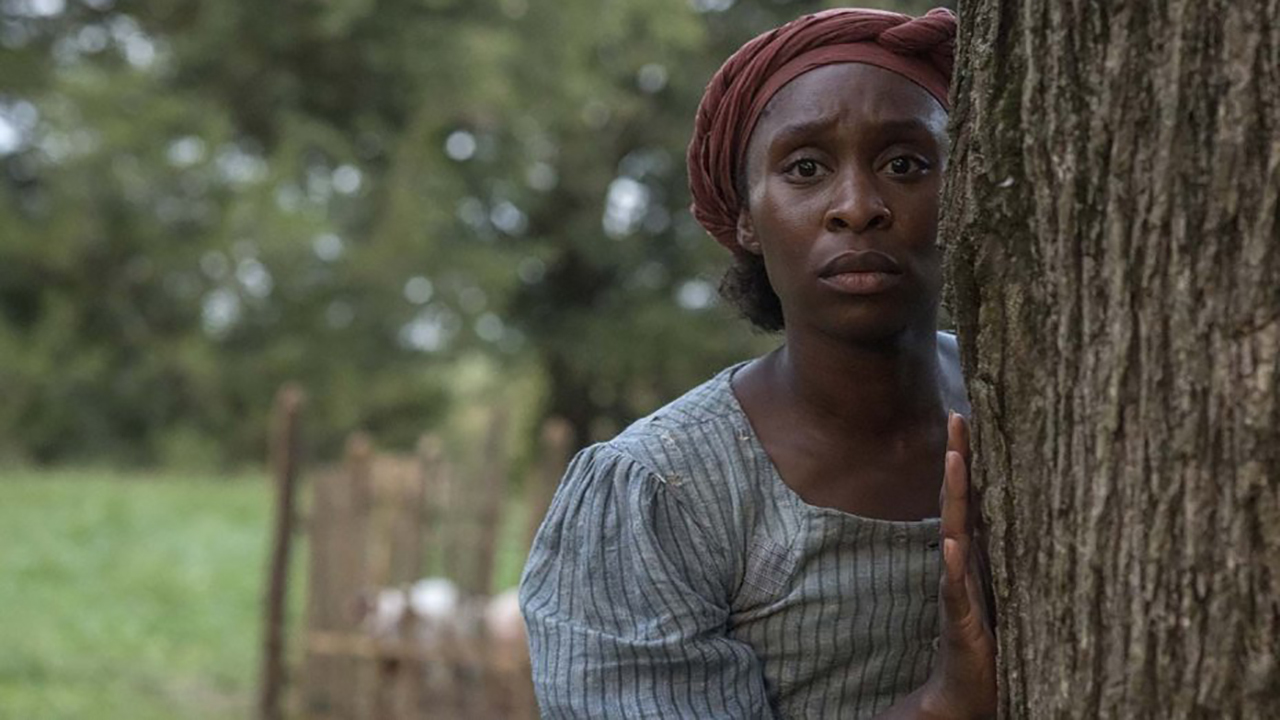 The year was 1849, she was just 27 years old when she arrived in Philadelphia and took a new name, no longer Minty. She chooses Harriet to honor her mother and Tubman, to respect her husband, a free man that she left behind in her escape.

In Philadelphia, Harriet quickly finds a supportive community — the born-in-freedom rooming-house proprietor Marien (Janelle Monáe), and the abolitionist William Still (Leslie Odom Jr.), but her heart is heavy knowing her family and her husband, are suffering. Herself, now free, she could have chosen a simple, comfortable and relatively safe life, but that’s not what “God” wanted her to do, and she obeyed the voice and her heart. So great is her grief that she decides to go return to the plantation.

To be clear, at first she went back to get her husband, but discovered a significant roadblock and rescued her family instead. In all, Harriet made 13 missions and guided 70 enslaved people to freedom. There is no question that Ms. Tubman is one of the most heroic individuals in America, and her life should be examined and there is no question (in my mind, at least) that her face should appear on the $20 bill.

“Harriet,” directed and co-written by Kasi Lemmons (“Eve’s Bayou” and “Talk To Me”) understood where to find the courage of the woman. Harriet didn’t give up. She gave herself a new name. She became a fearless and effective abolitionist, and a leader, unafraid to carry a gun— a successful conductor on the Underground Railroad— and the word spread of her bravery. Bigger than life? No. Just big enough to face life, and win. 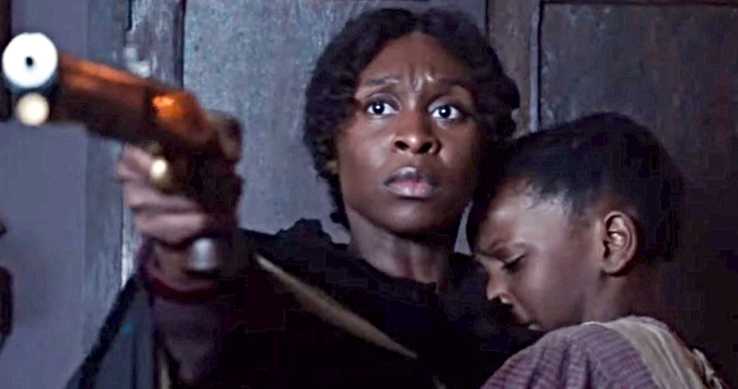 Harriet Tubman is a heroine. This is important to understand and more importantly to acknowledge, with all of the respect this undeniable fact deserves.

“Harriet” in director, Lemon’s hands gets it right. She knows how to connect the subject matter with an audience and like Harriet herself, does not flinch when confronting the dangers of telling the truth.

“Harriet” also benefits greatly from the fine performances of all of the actors and is elevated by an inspirational musical score written by the jazz composer, Terence Blanchard.

There are not many movies that are a “must-see” since the heart of the medium is actually designed to entertain. This is not the case of “Harriet” because not only does this film entertain but it educates as well. Take yourself. Take your family. Take someone you love. Celebrate the faith and courage of a woman who faced death 13 times to bring freedom to African-American people.

There is debate as to who originally said ‘Whoever saves one life, it is written as if he has saved all humanity’” (Quran or culled from Talmudic-period text) but the power of the words remain. Harriet Tubman saved all humanity. 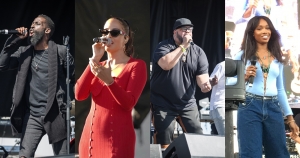 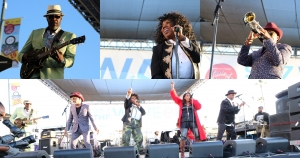 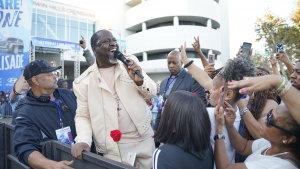 Hyundai ‘We Are One’ Soundstage brought the party to the 2019 Taste of ... 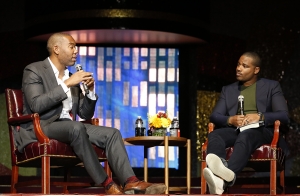 The ALOUD series hosts Coogler and Coates for intimate conversation 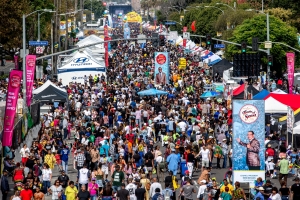 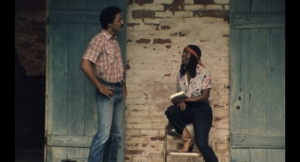