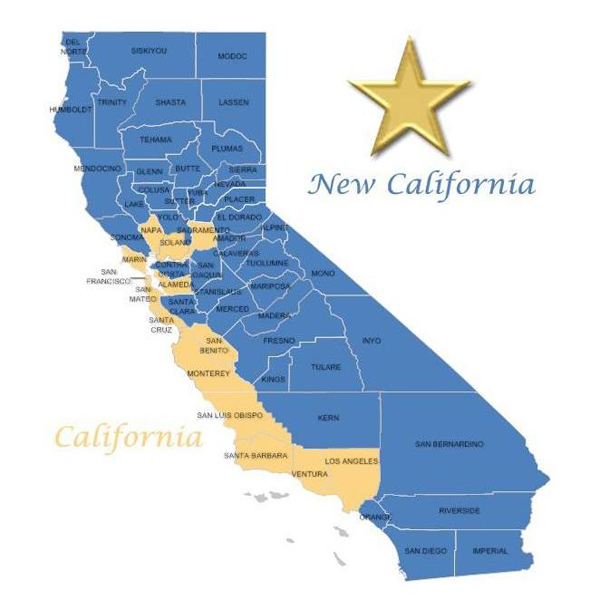 Robert Paul Preston and Tom Reed, founders of the New California Campaign, have done so they said, because of “tyrannical form of government” that doesn’t follow the U.S. Constitution or the state one, the San Francisco Chronicle reported.

Unlike the failed 2016 campaign to split California into six states, the “New California” movement, “seeks to consolidate rural California into a distinct economy separate from the coast,” according to news reports.

“After years of over taxation, regulation, and mono party politics the State of California and many of its 58 counties have become ungovernable,” Preston and Reed declare on the movement’s  website.

The pair said they want to reform high taxes, poor housing, education, and law enforcement. Members of the movement have already taken the first step earlier this month by declaring their independence. In order for the new state to be recognized it must receive “consent of the legislatures of the states concerned as well as of the Congress,” according to Article IV, Section 3 of the United States Constitution.

“When a long train of abuses and acts to seize and hold the people’s power without legal authority and pursuing invariably the same object that clearly demonstrates a design to reduce them under absolute Despotism, it is their right, it is their duty, to throw off such Government, and to provide new Guards for their future security,” New California’s Declaration of Independence reads,” reads the movement’s declaration of independence.