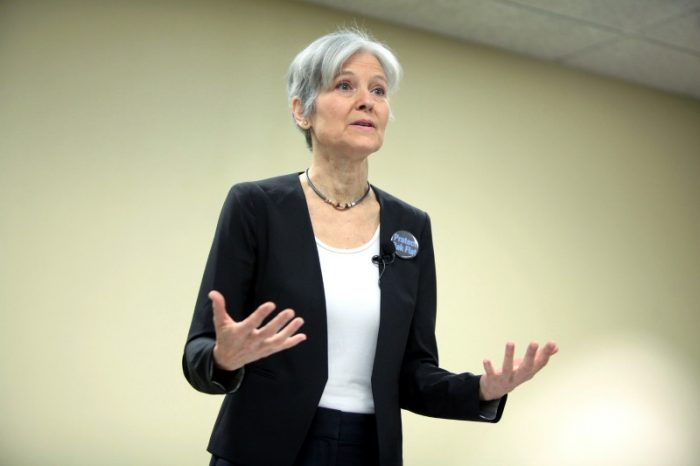 Stein’s camp – and, quietly, Hillary Clinton’s too – are hoping that irregularities and alleged hacking of voting machines in some counties in Pennsylvania, Wisconsin and Michigan will reverse Trump’s victory.

At the deadline on Friday, November 25, Stein formally filed a petition with the Wisconsin Board of Elections to appeal the results and demand a recount.

If Stein is correct and the votes in those swing states prove Clinton to be the actual winner, then the former Secretary of State could claim an Electoral College victory and the presidency.

That scenario is a long shot, but a growing petition with millions of signatures and a “Never Trump” movement has picked up steam since the Nov. 8 election with the hopes of convincing a large enough swath of the Electoral College to change its vote and go against a Trump presidency.

The Electoral College casts the official votes for president on December 19.

So, who are these individuals who have the last – and ultimate – say in the presidential election and would they consider changing their vote?

In total, there are 538 members who comprise the Electoral College and they each gather in their respective state capitals to cast the formal vote for president.

They are selected at state and local party conventions and are almost always supportive of their party’s candidate.

To be chosen as an elector, an individual must not be a senator, congressman or hold any office of trust or profit in the country.

Westrate has previously gone on record against Trump.

“I didn’t vote for Trump [in the primary election]. I am not a Trump supporter,” Westrate said.

While Clinton’s national popular vote lead continues to rise and currently sits at more than 2 million, Trump won 306 of the crucial electoral votes while Clinton is at 232.

If all the electors vote for Trump, he’ll continue to easily exceed the 270-vote majority he needs to become president and he’ll be sworn in to office on Jan. 20.

Reportedly, dozens of Republican electors have signaled discomfort with Trump, but most have committed to supporting him despite their misgivings.

Only a handful have said they’d consider voting against him in the Electoral College.

“The Electoral College was the tremendous compromise that brought our founding states together,” said Republican Pennsylvania State Rep. David Parker. “It has stood the test of time and unwinding the electoral college after an election would produce civil war.”

Parker continued: “Each campaign, using the most advanced political technology and campaign experts undertook their best strategy to win 270 electoral college votes.  Neither campaign set out to win the popular vote.”

Since the founding of the nation, Pennsylvania remains the Keystone State, with critical electoral votes to win by canvassing the entire state, not just Philadelphia and Pittsburgh, Parker continued.

“The past elections have been very close and we faced similar questions on popular vote versus Electoral College. I hope the nation unifies and we start working on solutions to fix the United States’ and Pennsylvania’s challenges. We are a stronger nation when we work together to craft, strong bipartisan solutions,” he said.

Still, multiple reports indicate that a host of Democrats have signaled they may defect from Clinton, which wouldn’t help or hinder Trump’s path to the White House, but could contribute to a sense of disarray and voter disenfranchisement.

Democratic electors appear convinced that even in defeat, their efforts would erode confidence in the Electoral College and fuel efforts to eliminate it, ending the body’s 228-year run as the only official constitutional process for electing the president.

With that goal in mind, the group is also contemplating encouraging Democratic electors to partner with Republicans in support of a consensus pick like Mitt Romney or John Kasich, according to Politico.

The underlying idea is that a mass defection of electors could provide the impetus for a wave of changes to the Electoral College.

“I do think that a byproduct would be a serious look into Electoral College reform,” said Micheal Baca, a Democratic elector from Colorado.

“If it gets into the House, the controversy and the uncertainty that would immediately blow up into a political firestorm in the U.S. would cause enough people — my hope is — to look at the whole concept of the Electoral College,” said another elector involved in the anti-Trump planning, who declined to be identified.

One prominent Electoral College critic says even if Trump wins easily on Dec. 19, a small number of Republican defections could still roil the future of the institution.

“If you could get eight or 10 Trump electors to vote for someone else then that would probably get people’s attention,” said George Edwards III, a political science professor and Electoral College expert at Texas A&M University. “We haven’t ever had that many faithless electors in one election.”