GLAAACC’s Community Service Award will be presented to Avis Ridley-Thomas. Founder of the Los Angeles City Attorney’s Dispute Resolution Program in 1989, Ridley-Thomas served as its director until retiring in March 2011. The program specialized in mediation, violence prevention, cross cultural relations and has provided consultation, training and support to institutions, businesses, organizations and communities throughout Southern California.

Under Ridley-Thomas’ leadership, the Dispute Resolution Program grew from four staff members to over 2,000 volunteers who handled thousands of disputes annually. She continues her mission to train people in alternatives to force and violence in her current position as co-director of the Institute for Nonviolence in Los Angeles and Days of Dialogue.

“Only when a community begins to solve the deeper issues that create conflict can a healthier and more cooperative community emerge,” said Ridley-Thomas, who is the wife of County Supervisor Mark Ridley- Thomas.

During Maddox’s initial tenure, she served as Deputy City Attorney and received several complex assignments including the Neighborhood Prosecutor Program – LAPD’s Wilshire Station and Central Trials – Criminal Branch. After her initial tenure in the City Attorney’s office, Maddox was appointed by former Mayor Antonio Villaraigosa to serve as president of the Los Angeles Board of Public Works.

Christine Keith will be honored as GLAAACC’s Member of the Year. Prior to becoming president of Elite Auto Network, Keith, a general practice physician, worked at a health clinic owned by her family. It was there that she had an opportunity to work with the Los Angeles Mission Center’s HIV Outreach program on Skid Row. Seeing the overwhelming need for healthcare services, Keith converted her family practice to a free clinic and provided another location for the Los Angeles Mission to offer free medical care for underserved communities.

Her current role at Elite Auto Network, a business her husband started over 30 years ago while in college, also came from Keith spotting another unmet need – auto brokerage for commercial and fleet transportation.

“Just as black history is American history, women’s history is also American history,” said GLAAACC Chairman Gene Hale. “The efforts of these and otherwomen have provided the framework around which many of the successes in the African American community are built.” 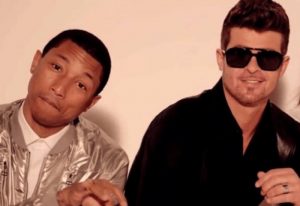