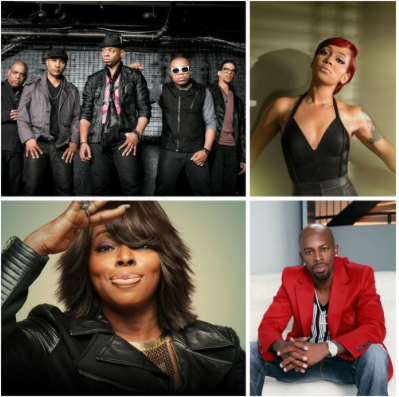 Get ready! Taste of Soul (TOS) is officially 16 days away and the lineups for the stages are well underway.

Since 2008, Radio Free KJLH, 102.3 FM has been a media partner with the Taste of Soul Festival providing some of Hollywood’s hottest talents. This year they are celebrating TOS’s tenth anniversary by bringing back some of music’s greatest artists including Monica, Angie Stone, Mint Condition and Joe.

Danny Bakewell Sr., creator and founder of Taste of Soul and chairman of Bakewell Media, believes it’s empowering to have a great partnership with the station. “We are very excited about the artists performing at this year’s Taste of Soul. KJLH’s history is just like the Sentinel’s history—it’s one about serving the community and always making African Americans the priority. So, we are excited to have KJLH as a part of Bakewell Media’s tenth annual Taste of Soul,” he said.

Legendary musician and owner of KJLH Stevie Wonder has participated in the Taste of Soul for several years now. So don’t be surprised if you see him pop up during an artist’s performance.

GRAMMY Award winning R&B singer Monica, who is known for her smash hits “Angel of Mine” and “Before You Walk Out of My Life”, will also be performing. She recently released her new single “Just Right for Me”.

The musical stylings of Joe, known for his hits, “I Wanna Know,” “More and More” and “Stutter”, is sure to strike a chord with RnB lovers. Joe is a GRAMMY nominated artist who reached major popularity in the early 2000s.

Formed in the mid 1980’s Mint Condition stole America’s heart with soulful songs such as “Breakin’ My Heart (Pretty Brown Eyes)”, “Forever In Your Eyes” and “What Kind of Man Would I Be.”

Neo-Soul artist Angie Stone is a known for her songs “I Wish I Didn’t Miss You” and “No More Rain.” She also was in Broadway’s hit “Chicago” as Big Mama Morton.

In the past, the KJLH stage has hosted a fashion show in-between acts, a live broadcast with creator Danny J. Bakewell Sr. and greetings from several political representatives.

So, if you’re a lover of great soul music then you must visit the Radio Free 102.3 KJLH stage to get a ‘taste of soul’ through their scheduled performances. 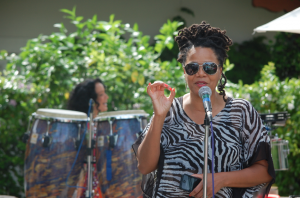