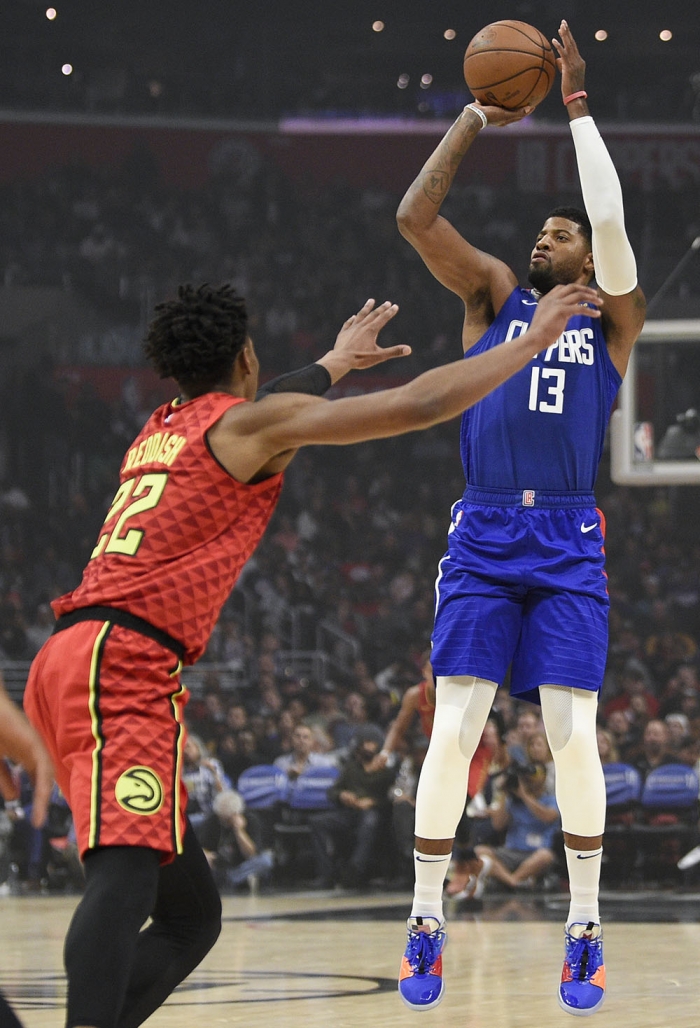 Clippers star Paul George made his much-anticipated home debut at Staples Center and did not disappoint on a historic night.
George scored 37 points in 20 minutes, becoming the first player in NBA history to reach that point mark in less than 21 minutes, as he propelled the Clippers to a triumph 150-101 victory over the Atlanta Hawks on Saturday night.
The Palmdale native has now scored 70 points in only 44 minutes of play this season, all without star teammate Kawhi Leonard (knee), who has been out of the lineup the last two games.
“It’s a dream come true to be able to do this at home in front of family and friends,” said George, who added it was tough to get a large amount of tickets for multiple people. “I’m just happy to be playing basketball again.”
George had 25 points at halftime and Los Angeles led 74-62, on a night where six Clippers finished in double-digits.
“We had another 30, 40 points that didn’t play tonight,” George said, on the absence of Leonard.
Lou Williams and Jerome Robinson led the second unit with 25 and 21 points, respectively. Montrezl Harrell had 17 and rookie guard, Terance Mann added 13, along with eight assists and six rebounds.
“The ball is going in, Paul George is playing,” said Clippers head coach Doc Rivers on what is working with the team. “You know, really, it is a lot of that. This is a make or miss league.”
Atlanta guard Trae Young had 20 points, six assists and five rebounds, while rookie forwards, Cam Reddish and De’Andre Hunter added 12 apiece.
“It was just bad effort,” Young said, “and you can’t do it in this league, or you’ll get killed every night.”
However, the Hawks (4-8) did go on a 11-0 run early in the second quarter to pull within four, 51-47, but it only would go downhill from there the rest of the game. The Clippers (8-5) dominated the rebound margin, 64-47, not allowing the Hawks to get much of a rhythm after also forcing 19 total turnovers. 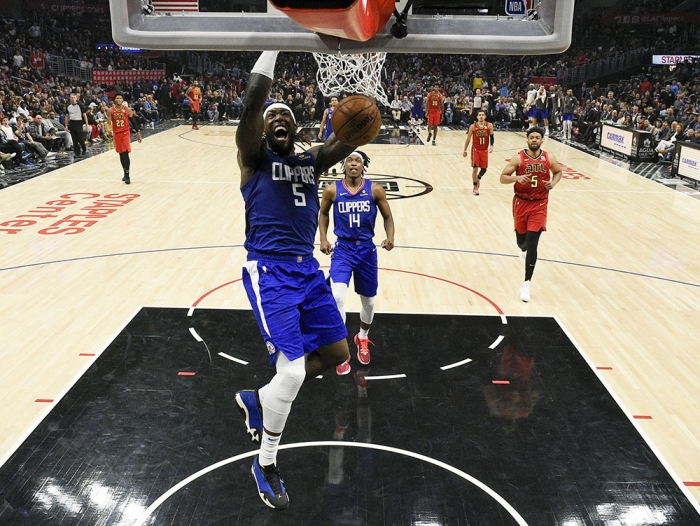 Los Angeles went on to outscore Atlanta 38-20 in the third and ballooned their lead to 30 through 36 minutes of play.
In the fourth, George continued to put on a show after he stole the ball, led the break and softly tossed a pass off the glass, allowing Harrell to stuff home a two-handed dunk that lifted the entire crowd off their feet and extended Los Angeles’ lead to 36 points.
Moments later, Robinson and Patrick Patterson converted back-to-back threes, followed by a jump shot by Mann to take a commanding 131-85 advantage with 6:55 remaining.
The Clippers ultimately shot 51.5 percent from three-point range on 17 makes, while the Hawks were held to 37 percent on 6 makes and Los Angeles closed out a 150-101 blowout victory.
Los Angeles next hosts the Oklahoma City Thunder (5-7) on Monday, November 18, in their second of a five game homestand. Tip-off is scheduled for 7:30 PM. 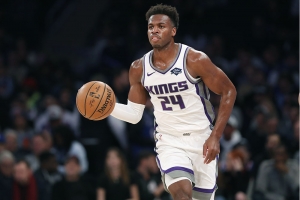 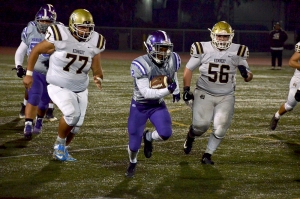 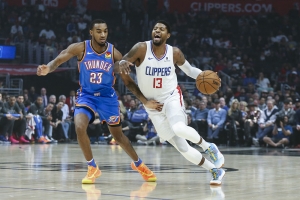 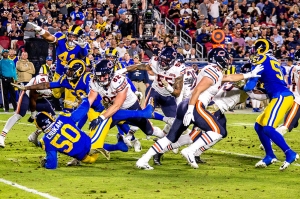 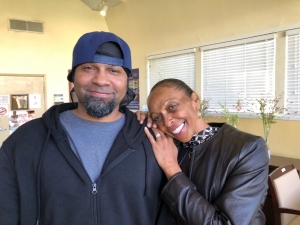