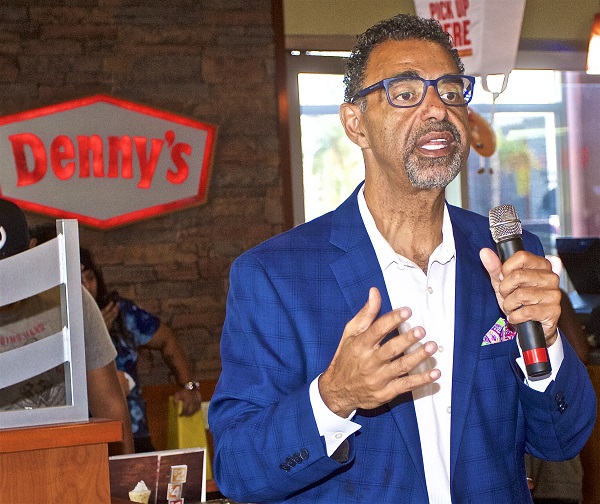 “We are grateful that Danny Bakewell, Jr. saw fit to share his valued perspective on the unprecedented transformation of the Crenshaw District and all its complexities,” opined RBD’s Co-Executive Directors, Jacque Bee and Crystal Mitchell. Bakewell Jr., Executive Director of the Los Angeles Sentinel, shared his view on the wave of changes occurring in the Crenshaw District from his vantage point as a general contractor and developer. The meeting took place at RBD’s “Second Tuesday of the Month Networking Breakfast” at Denny’s on the Crenshaw Strip.” 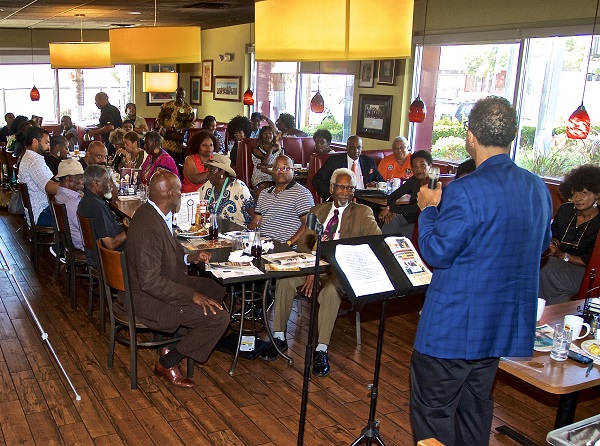 The upshot of Danny Jr.’s presentation was the need for Black homeowners to thoughtfully prepare for the inevitable. (E. Mesiyah McGinnis/ L.A. Sentinel)

Mr. Bakewell Jr. addressed the sometimes vexing side affects of change in the composition of a community.  He explored the pros and cons of people moving out and others moving in.  “One of the problems in our community is the lack of financial planning.”  He qualified his point of view by illuminating the difficulties many are experiencing with the passing of time and the absence of a succession plan when parents die and the children are unable to keep the property in family hands.

The upshot of Danny Jr.’s presentation was the need for Black homeowners to thoughtfully prepare for the inevitable (death) and teach their children how to preserve the cornerstone of wealth, the equity in property.  He also admonished a rapt audience of RBD members to be vigilant in their quest for economic empowerment. 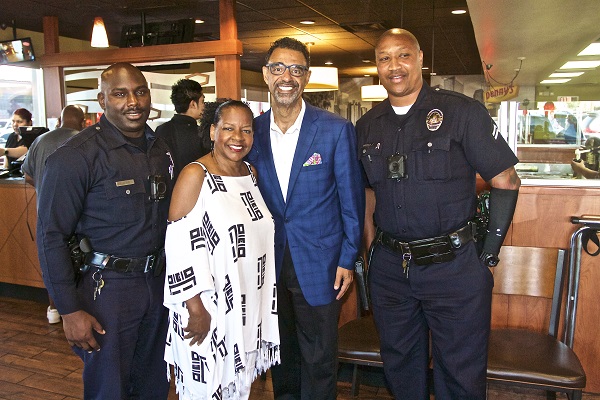 The monthly RBD Mixer also featured a presentation by Bobby Glanton Smith, formerly the President of the San Diego Chapter of RBD and Lifetime Member.  Glanton Smith spoke on the correlation between modern day gentrification and the reasons why a Black community in Tulsa, Oklahoma was destroyed in 1921.  What became known as “Black Wall Street,” anchored by the prosperous intersection of three streets, Greenwood, Archer and Pine, was forever etched in our memories by the GAP Band, featuring the incomparable Charlie Wilson. The GAP Band’s name is an acronym for the three streets that were destroyed and their song, “You Dropped A Bomb On Me”, is commemorative of the Tulsa bombing. “What many Blacks have little appreciation of are the blueprints left by the residents of Tulsa, Oklahoma; it is a present day recipe for self-determination and economic empowerment,” said Glanton Smith. 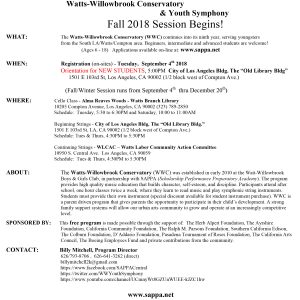