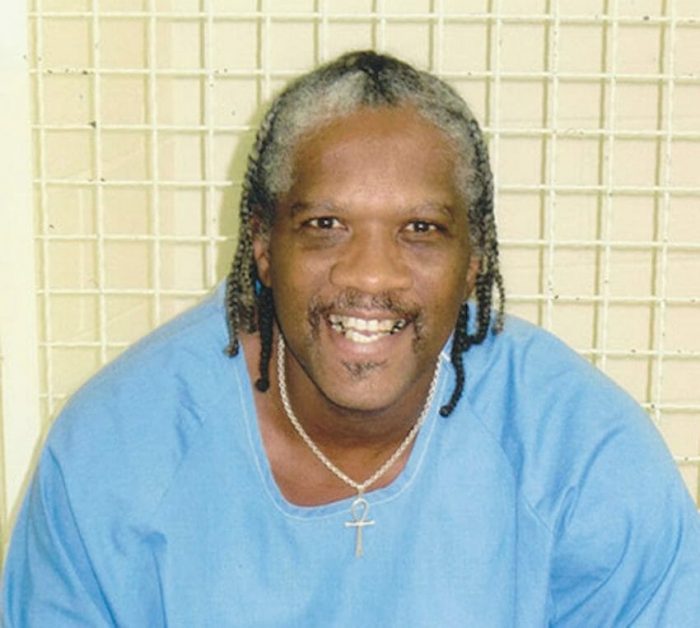 Newsom’s decision could lead to the overturning of Cooper’s 1985 conviction in the killing of a rural Chino Hills family and their 11-year-old house guest. The case has the potential, some political watchers say, to divide Californians.

Both the California and United States supreme courts and more than a dozen lower courts have rejected Cooper’s past appeals.

The ACLU and other human rights and social justice groups have also urged California state officials to launch a deeper investigation into Cooper’s conviction.

In this new investigation, analysts will look at strands of hair from the victims’ hands, blood samples and a green button Cooper’s attorney Norman Hile maintains investigators planted at the scene of the crime. A retired Los Angeles County Superior Court judge will oversee the investigation.

Cooper, 61, has maintained his innocence over the years. His lawyers hope the results of the re-testing ordered by Gov. Newsom, which could take several months, will help prove their client’s innocence and finally exonerate him.

In 1985, a San Diego County jury convicted Cooper on four counts of murder. At the time of his arrest, he was 26 and an escaped prison inmate. His lengthy criminal record – including several burglaries and the rape of a minor in Pennsylvania – did not help his case.

Cooper, formerly named Richard Goodman, was born in 1958 near Pittsburgh, Pennsylvania. When he was six months old, he was adopted and renamed Kevin Cooper. During his childhood, his parents physically abused him and he spent a good part of adolescence living in several juvenile detention centers. In 1982, Cooper escaped from a mental health facility in Pennsylvania before moving to California.

During his murder trial, prosecutors successfully argued that Cooper killed husband and wife Doug and Peggy Ryen, their 10-year-old daughter Jessica and an 11-year-old neighbor Christopher Hughes. Police found the bloodied bodies in the Ryen’s home with a total of 143 stab wounds. Joshua Ryen, the victims’ 8-year-old son, suffered a slash wound on his throat. He was the only survivor of the attack.

After Coopers’s jail break, investigators found, he illegally stayed in a house next door to the victims. They also say they found evidence in the Ryen’s home and in the family’s station wagon that tied Cooper to the murders.

For some, Gov. Newsom’s order to broaden DNA testing in the case is being met with dismay. The lone survivor of the murders, Ryen and family, friends and supporters of the Ryens and Hughes all across the state say they are disappointed with the governor’s decision.

“Unfortunately, over time it seems the victims’ desire for justice in this case matters less and less,” San Bernardino District Attorney Jason Anderson said in a statement. “Prior DNA testing that Mr. Cooper sought, agreed to and claimed would exonerate him have all confirmed Mr. Cooper’s guilt.”

Yet persuasive arguments based on conflicting testimonies and allegations of evidence tampering, keep raising reasonable questions about the methods and stories investigators used to nail Cooper. Three weapons were used in the attack, and in sworn testimony, Ryen said he saw three attackers who were White. He later testified that they could have been Hispanic.

Further complicating the prosecutions’ claims, a woman named Diana Roper came forward with bloody clothing belonging to her former boyfriend, who was a violent criminal. She turned the evidence over to the police, but they destroyed it.

African Americans, Hispanics and other minorities living in San Bernardino County are not surprised about the allegations Cooper’s attorneys are making about their D.A.’s office. Many of them frequently complain about racial biases and discrimination in the way their cases or complaints are handled. Just last month, a San Bernardino gang prosecutor, Michael Selyem, who is White, resigned under pressure for making crude and racist and comments on social media. His insults targeted former First Lady Michelle Obama, U,S. Rep. Maxine Waters and an unnamed Black shooting victim.

“This guy is innocent,” he told the New York Times. “The evidence was planted, he was framed, the cops lied on the stand.”

What has kept the case going – and Cooper alive – is a federal appellate court’s decision in 2004 to stay his execution and review the case with more scientific evidence.

Gov. Newsom’s decision to allow another round of DNA testing comes early in the term of the progressive California Governor whose supporters on the political Left have high expectations.

“DNA testing should immediately take place to resolve the Ryen case and finally ensure justice is served,” Chiang said during the campaign. “Not only is it proven that DNA evidence can help law enforcement solve crimes, but testing in this case would come at no cost to the state.”

Even though Newsom’s decision in the Cooper case is bold, he is treading carefully on a potentially polarizing issue that California voters across the political spectrum are watching. He is keeping his focus on fairness and justice with the realization that the convictions of thousands of felons – particularly African-American men – have been overturned after DNA testing proved their innocence.

“Especially in cases where the government seeks to impose the ultimate punishment of death,” he said. “I need to be satisfied that all relevant evidence is carefully and fairly examined.”