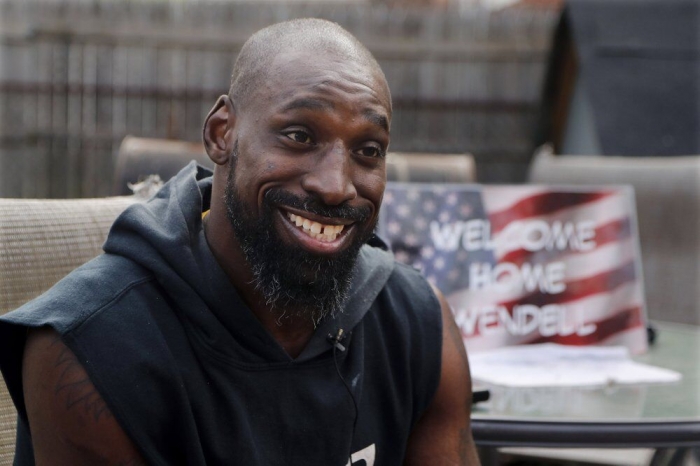 Wendell Brown is interviewed, Wednesday, Sept. 25, 2019, in Detroit. Brown returned from China where he was imprisoned for his involvement in a bar fight. Brown, a native of Detroit had been teaching English and American football in southwest China when he was arrested in September 2016 and charged with intentional assault. (AP Photo/Carlos Osorio)

As the word dropped from Wendell Brown’s lips, the former college football player and Detroit native appeared to try to relish its taste for just a moment more: “Freedom.”

After three years in a Chinese prison for allegedly assaulting a man during a bar fight, Brown returned home Wednesday to the hugs and smiling faces of his loved ones. Outside of his family’s brick house on Detroit’s east side, he took a few moments to reflect on regaining his freedom.

“We don’t really understand that word to its fullest extent until (we’re) without it,” Brown said. “Hallelujah! I’m free!”

Brown, who played at Martin Luther King Jr. High School in Detroit and Ball State University in Indiana, was teaching English and coaching American football in southwestern China when he was arrested in September 2016 and charged with intentional assault. 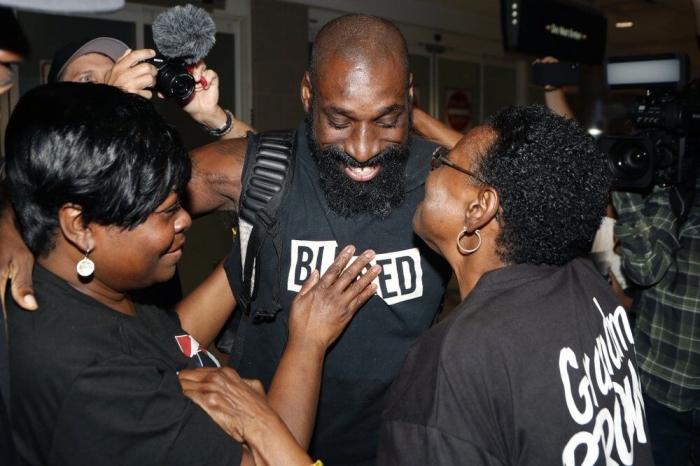 Brown denied hitting the man and said he was defending himself after being attacked. And witnesses said Brown was being harassed by other patrons. However, the court ruled that he “didn’t do enough to de-escalate the situation,” according to the Dui Hua Foundation, a San Francisco-based rights monitoring group.

Brown was the only person prosecuted.

“I was devastated,” his mother, Antoinette Brown, told the AP. “That’s nothing to play with when you’re in a foreign country and get locked up. Their laws are totally different.”

Wendell Brown, 32, was hesitant Wednesday to discuss the Chongqing bar incident, which he referred to as a “minor altercation,” or his treatment in prison.

“I had water. I was able to live. I was safe,” Brown said, adding that he did lose about 30 pounds (13.6 kilograms) and does consider “how much worse it could have actually been.”

“I’m just very fortunate that it’s over,” he said. “I’m blessed to finally be back in my family’s presence.”

Brown was sentenced to four years in prison, but a Chinese court later reducedit to three years.

Michigan and U.S. officials lobbied the Chinese government on Brown’s behalf and hundreds of people donated to a GoFundMe account to help in his case. The Dui Hua Foundation said the sentence reduction was based on apologies and expressions of forgiveness between Brown and others involved in the fight, as well as Brown’s payment of 200,000 yuan ($28,750) in compensation.

Brown said he will head to Fort Lauderdale, Florida, in a few days to spend time with his 12-year-old son. He also plans to travel abroad again and has no intention of telling others to avoid China.

“Things happen. We should use our experiences as learning tools,” Brown said. “There is no bitterness, no resentment at all in my heart.”