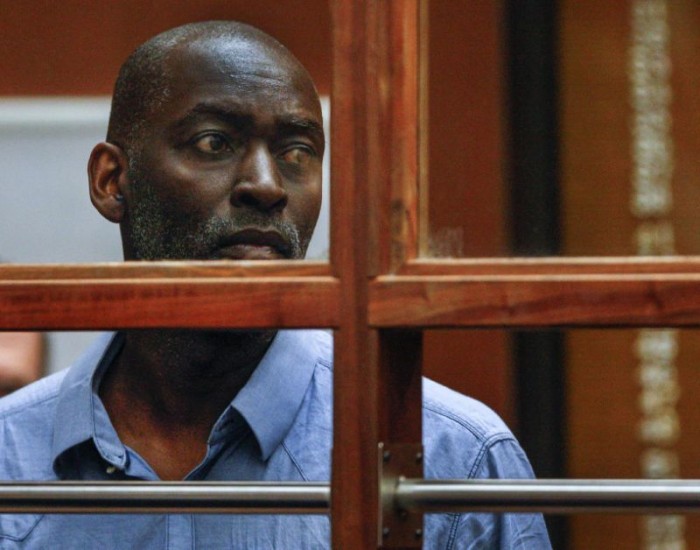 In this May 22, 2014 file photo, actor Michael Jace appears in court in Los Angeles. Jace’s murder trial began Monday, May 23, 2016, in downtown Los Angeles. The actor best known for playing a police officer on the FX series “The Shield” was convicted of second degree murder for the shooting death of his wife in their Los Angeles home on May 19, 2014. (AP Photo/David McNew, Pool, File)

Michael Jace, an actor who portrayed a Los Angeles police officer on the television series “The Shield,” was convicted of second- degree murder Tuesday for shooting his wife in front of their two young children in their Hyde Park home in 2014.

Jurors deliberated for less than three hours over the course of two days before reaching the verdict. The jury also found true an allegation that Jace personally used a handgun, meaning he faces up to 40 years to life in prison when he is sentenced June 10.

In her closing argument Friday, Deputy District Attorney Tannaz Mokayef told jurors that Jace was “obsessed” with his wife, April, who was trying to leave him amid his allegations that she had been unfaithful to him.

Defense attorney Jamon Hicks conceded that Jace shot his wife once in the back and then twice in the legs on May 19, 2014, at the home the couple shared with their sons in the Hyde Park area of Los Angeles, but questioned whether the actor would have premeditated the shooting knowing that the children would be there. Hicks said Jace simply snapped and was guilty only of voluntary manslaughter.

Jurors spent less than 1 1/2 hours in deliberations last Friday before Los Angeles Superior Court Judge Robert J. Perry sent them home for the day. They returned at 9 a.m. Tuesday and indicated they had reached a verdict about an hour later.

The prosecutor told the six-man, six-woman panel last week that the testimony from the couple’s 10-year-old son “tells you it was premeditated.” The boy, Nehemiah, testified on May 25 that he saw his father bring his 40-year- old mother into a hallway, where she fell down.

“Then my dad said, ‘If you like running, run to heaven,’ and then he shot her,” the boy told the jury.

The 53-year-old defendant “is saying the words that show premeditation – – go to heaven,” Mokayef said, noting that Jace shot his wife at close range after having already shot her in the back.

“Who is going to argue this is not an intent to kill?” she asked.

In an interview with police after his wife’s death, Jace told police that he “wanted her to feel some pain” because she was a runner, the prosecutor noted.

In an audio-recorded interview played for the jury, Jace told police that he was holding the gun when his wife returned home from a baseball game with their sons but that she didn’t immediately notice the firearm.

He told police that she lunged at him, he pushed her away and she spun around before the shooting, and that all he intended to do was “just shoot her in the leg,” not kill her.

The actor also told detectives that he had been drinking that day and that “there were moments” when he had contemplated taking his own life.

The prosecutor noted that the couple exchanged 164 text messages the day of the shooting, telling jurors that Jace’s wife wrote one text message that she was “afraid to come home” and that her husband had engaged in “trickery to make her believe he wasn’t home.”

“He’s obsessed with her … He finally controls her to heaven,” the prosecutor told jurors.

In his closing argument, Jace’s attorney acknowledged, “He did it. We’re not saying he didn’t do it.”

Hicks said the case revolved around Jace’s mindset and whether the killing was premeditated.

“We’re not talking about innocence. We’re not saying let him walk … You have to be sure that he planned it” to convict him of first-degree murder, he told jurors.

The defense attorney told the panel that there was no evidence that Jace was brewing and plotting the demise of his wife of nine years, and that the prosecution had “oversold this case” by pursuing a first-degree murder conviction.

Hicks said Jace was desperately trying to save his marriage — as evidenced in the 91 text messages he had sent her the day of the shooting — and had been drinking.

“He snapped,” Hicks said of his client. “If you find there was something that provoked this man … and it created some kind of passion in him, that’s manslaughter.”

Jace is best known for his role as Los Angeles police Officer Julien Lowe in “The Shield.” He has also appeared in such films as “Forrest Gump,” “Boogie Nights” and “Planet of the Apes.” 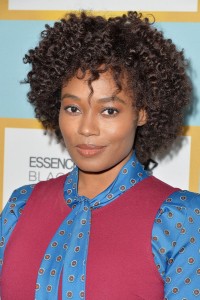