Eastbound 6th Street thru traffic will be detoured to southbound Bixel Street and Eastbound 7th Street to Olive Street and then back to 6th Street. Local access will be maintained on 6th Street from Hope Street to the AON Center, Pegasus Garage and The Standard Hotel.

Sidewalks at the intersection of 6th Street and Flower will be modified with at least three crosswalks to remain open and construction flaggers onsite to facilitate access.

The public is encouraged to plan ahead and allow for extra time when commuting into downtown Los Angeles from the Harbor Freeway and consider carpool options or alternative routes. Several Metro bus lines will also be impacted with service delays and detours. Those lines are the 16/17/316, 18, 442, 460, 720 and 910/950. In addition, bus lines operated by Foothill Transit, Santa Monica Big Blue Bus, Montebello, Torrance and LADOT will be detoured.

Eastbound Lines 16, 17, 18, 316 and 720 buses will operate via Wilshire Boulevard between Valencia and Hope Street and return to their regular route at 6th Street. Stops will be established on Wilshire at Witmer Street, Lucas Avenue and St. Paul Avenue. Return service and stops will remain unchanged.

Westbound Line 460 and Northbound Lines 442, 910 and 950 will operate via Hope Street between Olympic Boulevard and 6th Street. Stops will be established on eastbound Olympic at Figueroa Street and on northbound Hope Street at Wilshire and then return to their regular route at 6th Street. Return service and stops remain unchanged.

The closure will begin on Saturday, June 3, and will remain in effect through November 4.  Anticipated work hours are from 7 a.m. to midnight, seven days a week, weather permitting. The work to be done will also include drilling, excavation and the relocation and protection of three underground utility vaults. The street will be paved and restored at the end of the five month closure.

The $1.755-billion Regional Connector Transit Project is a 1.9-mile underground light-rail extension that will connect the Blue, Expo and Gold Lines in downtown Los Angeles and will include three new stations at 1st Street/Central Avenue, 2nd Street/Broadway and 2nd Place/Hope Street. The rail line is expected to serve 88,000 riders daily – including 17,000 new riders – and save commuters up to 20 minutes by reducing the need to transfer. The connector will provide a one-seat, one fare ride for commuters from Azusa to Long Beach and from East Los Angeles to Santa Monica. The project is scheduled to be completed in 2021.

The new Metro rail extension will offer an alternative transportation option to congested roadways, provide significant environmental benefits and spur economic development throughout the county. Through improved connectivity, riders will be better able to use the entire Metro Rail system, municipal bus lines and other regional transportation services.

For more information on the Regional Connector Transit Project got to metro.net/projects/connector. 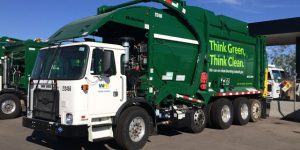 Los Angeles Sanitation and City Of Los Angeles To Expand Waste and Recyclin... 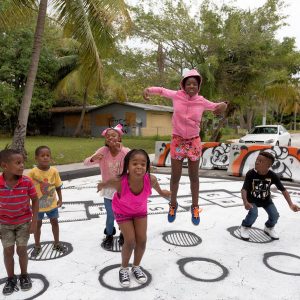