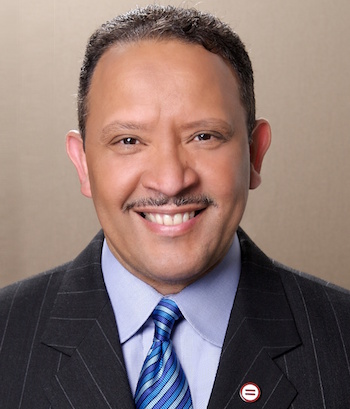 “We know that this moment fills Cubans – in Cuba and in the United States – with powerful emotions, recalling the countless ways in which Fidel Castro altered the course of individual lives, families, and of the Cuban nation. History will record and judge the enormous impact of this singular figure on the people and world around him.” – President Barack Obama, Statement on the Passing of Fidel Castro, November 26, 2016

Since the announcement of his death, the significance and impact of Fidel Castro’s legacy has been subjected to heated and polarized debate. Castro’s admirers will rightly point to his unprecedented reforms in healthcare and education on the island-nation of Cuba-nearly eradicating illiteracy and reaching record lows in infant and maternal mortality rates-as the work of a leader devoted to the well-being of his people. His detractors will rightly point to his denial of basic political freedoms and human rights abuses-including suppressing free speech and the torture and executions of political opponents-as the work of a ruthless dictator concerned only with power and its preservation.

The course of Cuban and world history changed forever in 1959 as Castro, thronged by rebel fighters and cheered on by the Cuban people, rode into Havana after overthrowing the brutal military dictatorship of Fulgencio Batista.

During his 49-year reign, Castro oversaw dramatic changes in Cuban society. With his revolution came important accomplishments and advances in racial equality, housing, education and healthcare for Cubans-but the revolution did not stop at Cuba’s borders. Castro exported his revolution and Cuba’s material and intellectual resources to other parts of the world-injecting itself into the world’s disasters, emergencies and conflicts.

Shortly following his release after 27 years spent in jail as a political prisoner, Nelson Mandela made a trip to Havana to express his gratitude to Castro. Cuba under Castro opposed apartheid and supported the African National Congress, Mandela’s political organization. Cuba was the only country in the world to send soldiers to fight in the anti-apartheid struggle. In stark contrast, the United States supported the South African apartheid government, placing Nelson Mandela and the ANC on a terrorist watch list until 2008; refused to impose sanctions on the apartheid regime; and in 1986, President Reagan vetoed the Anti-Apartheid Act.

At the time, I was a leader in New Orleans of the Free South Africa movement that advocated for comprehensive economic sanctions and succeeded in lobbying Congress to override President Reagan’s veto.

It is no wonder that Mandela described Castro’s revolution as “a source of inspiration to all freedom-loving people.” Cuba was an ally in many African independence movements and, despite its country’s poverty and U.S. backed sanctions, managed to provide resources, including doctors and teachers, to poor countries in need.

Castro’s revolution also failed in many respects. His strides in social policy were woefully unmatched in the political arena. Erika Guevara-Rosas, Americas director at Amnesty International, described Castro as “a progressive but deeply flawed leader.” Human rights were trampled under his leadership. Early-revolution promises of free elections were never kept; free speech was, and continues to be, suppressed; political opponents were executed; and thousands were jailed or forced into exile.

Castro erased illiteracy and tuberculosis in Cuba-an unattainable feat in better-resourced nations. But, Castro summarily denied the people of Cuba their basic political and human rights. That is the paradox of Fidel Castro-a paradox that can, and will, teach us all valuable lessons for decades to come.