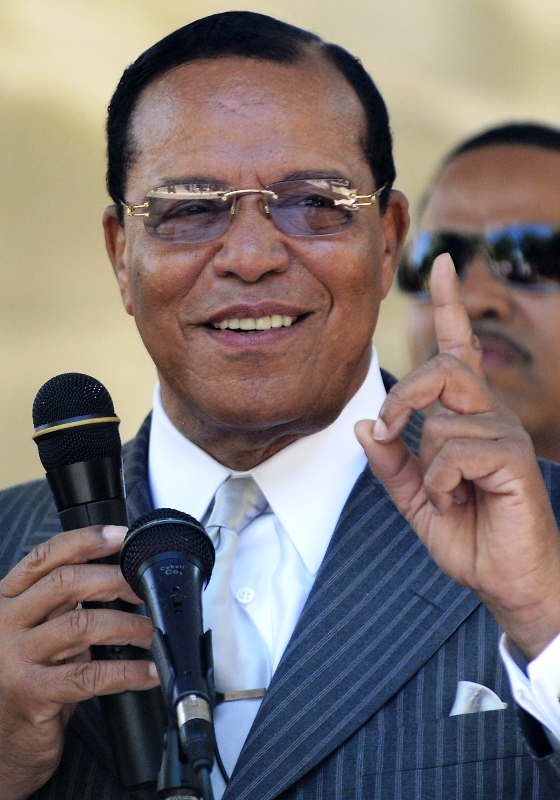 The Honorable Minister Louis Farrakhan delivered a powerful message on the national presidential election and the Black vote during his highly anticipated address, “If Satan Cast Out Satan, He is Divided Against Himself; how then will his kingdom stand?”

“Hillary and Trump is not the real Satan.  Satan is a liar, and they do that too, but they are low on the totem pole.  They are actors in a scheme,” Farrakhan stated.

He said the scriptures are being fulfilled.  God is in the picture. America is under divine judgment, and this is going to increase, Farrakhan warned.

The Nation of Islam Minister spoke to the world on Oct. 30 live from the Nation of Islam’s Headquarters at Mosque Maryam in Chicago, Il. and online through NOI.org, YouTube.com and via his official Twitter page, @LouisFarrakhan.

His message followed his Oct. 16 lecture delivered on the 21st anniversary of the Million Man March, “Come Out of Her My People: A Declaration of Independence.” It came approximately a week before Americans would cast their vote in one of the most important elections in recent years.

“The Black vote could be cast or not cast. The White citizens of the government are going to win and continue to rule anyway,” Farrakhan said, reciting words from “The Fall of America,” penned by his teacher, Nation of Islam leader the Honorable Elijah Muhammad.

There is much talk of who the people shall vote into the White House for the next four years, he said.  He questioned, “How much good have the two parties (Republican and Democrat) done for us for the last century in the way of freedom, justice, and equality?”

Regardless of what party wins, the die is always set against us (the Black people in America),” Farrakhan said. The Black man should be very serious and careful about his voting because 90 per cent of the Black votes cast are cast by ones who do not have the knowledge of what they are casting their vote for, Farrakhan continued.

He chided Black politicians who sell out the aspirations of their own people for personal gain.  And he said Blacks should vote in their own interest.  But regardless, Black voters who help either candidate get in office will receive very few favors, he went on.

“Why? Because he does not owe the Black voter anything as long as he has to feed, clothe, and shelter him,” Farrakhan stated.

He uplifted the youth, underscored why Black Lives Matter, and called out pastors who fail to preach the true gospel of Jesus.

The enemy hates the fact people are realizing how much Black lives matter, so he sends out Negroes to say all lives matter, Farrakhan said.

“Of course all lives matter, but it’s Black life that is being torn asunder  under a genocidal plot,” he said. “So, yes.  We must say that our lives matter, and we must mean it to the point now that when people want our vote we look at them,” Farrakhan said.

“I loved that he talked about the movement and talked about the importance of athletes and entertainers and regular people on the ground standing up, and not only saying Black Lives Matter but making Black lives really matter,” said Dr. Melina Abdullah, chair of the Pan African Studies Department at California State University Los Angeles.

On Farrakhan’s remarks about the Trump, Clinton, and the elections, “I think that’s kind of the space that a lot of us are in, that we just can’t in good conscious vote for either one of them.  We can’t support either one of them,” said Dr. Abdullah, who is also an organizer with Black Lives Matter Los Angeles.

At press time, more than 20,000 people had posted comments about Farrakhan’s lecture on his official Facebook page “Minister Louis Farrakhan.”

Paul Green wrote, “The real power is not those 2, it is the power that we don’t see the hidden hand. There is so much that we don’t know but thank God for you, I have followed you for over thirty yrs, you have taught me well.”

Kasai Mwena Tshitolo posted, “Minister Louis Farrakhan is one of our last living diamond today. I say it as a non-muslim, non-christian African man. He’s been guiding me for almost 10 years now through his sermons. Thanks a lot!”

And Lynette Wongus posted, “This system was NEVER designed for us but against us. Neither of the 4 candidates are building laws to protect us only how to further eliminate. We’ve got to wake up.” 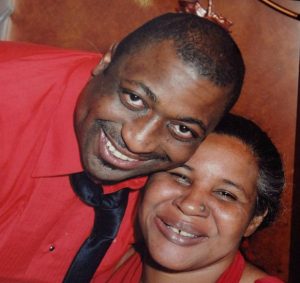 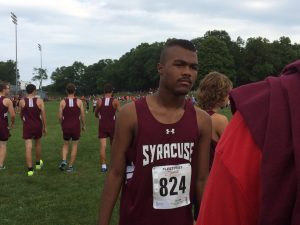 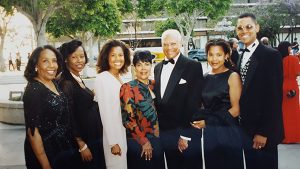 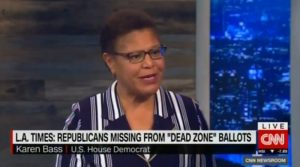 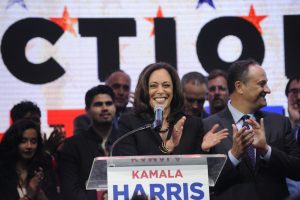