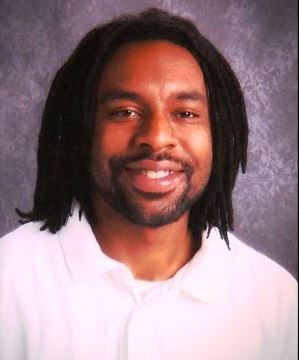 MINNEAPOLIS (AP) The family of a black man fatally shot by a suburban Minneapolis police officer is seeking a federal investigation into his July death, according to a letter provided to The Associated Press on Thursday.

An attorney for Philando Castile’s family asked the U.S. Department of Justice to launch an independent investigation, saying the family believes criminal charges should be filed and that Castile was racially profiled. In the letter dated Aug. 2, attorney Glenda Hatchett tells U.S. Attorney General Loretta Lynch that “we do not believe that local law enforcement authorities will provide a fair and impartial review.”

Castile, a 32-year-old elementary school cafeteria worker, was shot during a traffic stop by St. Anthony police officer Jeronimo Yanez, after Castile informed the officer he had a gun and a permit to carry it. Castile’s girlfriend said she and Castile were told they were pulled over for a broken tail light, and that Castile was reaching for his wallet when he was shot.

The gruesome aftermath of the shooting was streamed live on Facebook by Castile’s girlfriend. It shows Castile, his shirt soaked with blood, slumped over next to her in the driver’s seat.

Yanez’s attorney has said Yanez was reacting to the presence of a gun, and that one of the reasons Castile was pulled over was because Yanez thought he looked like “a possible match” for a suspect in a recent armed robbery nearby.

Hatchett wrote that crime scene evidence confirms the car’s tail lights were intact and that the family believes Castile was profiled.

“Officer Yanez’s excessive use of force and fatal shooting of Mr. Castile was unjustified and warrants criminal prosecution,” Hatchett wrote.

The state’s Bureau of Criminal Apprehension is investigating Castile’s shooting. Agency spokeswoman Jill Oliveira declined to confirm the detail about the tail lights, saying she couldn’t talk about specifics while the investigation is ongoing. The local prosecutor has said he will make a charging decision, with the help of an outside attorney, once the investigation is complete.

Shortly after the July 6 shooting, the Department of Justice said it was monitoring the investigation and would provide assistance as needed. Jeff Van Nest, a local FBI spokesman, said that statement hasn’t changed and declined further comment Thursday.

A federal investigation would examine whether Yanez intentionally violated Castile’s civil rights, which is a high legal standard because an accident, bad judgment or simple negligence is not enough to bring federal charges. Earlier this year, federal authorities declined to bring charges against two Minnesota officers involved in the November fatal shooting of another black man, Jamar Clark, saying there was not enough evidence.