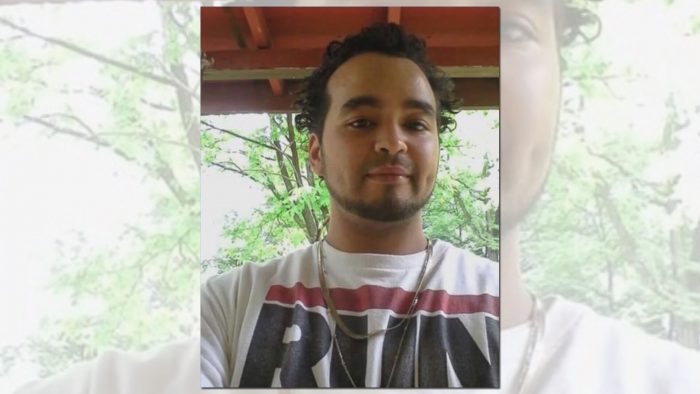 The family of a Black man fatally shot by two White officers in Kansas as he fled from them after a struggle filed a federal civil rights lawsuit Wednesday.

The lawsuit alleges that the officers, Michael Cruse and Justin Mackey, fatally shot 30-year-old Dominique White in September near a park in Topeka without legal justification. White was armed and just months out of prison after being prosecuted for burglary and illegal gun possession when the officers responded to a report of gunfire and confronted White.

Police body camera footage shows White fleeing from the officers before he was shot. Shawnee County District Attorney Mike Kagay ruled in December that the shooting was justified, saying White moved his hand over a pocket that contained a gun as he fled. An internal police investigation found that Cruse and Mackey followed department policies during the confrontation.

White’s family said the video shows that White wasn’t an immediate threat to the officers. White’s death certificate said he died primarily from gunshots in the back. The lawsuit said each officer fired four times and three of the shots hit White in the back.

The suit, which seeks more than $75,000 in damages, also accuses the city of providing inadequate training and violating White’s constitutional rights to equal protection and due process. The family’s attorney, Andrew Stroth, said the lawsuit isn’t just about compensation, but also about sending a message to the city and the police department.

“Our focus is reform and addressing unconstitutional and unjustified actions by police,” said Stroth, managing partner of Chicago-based Action Injury Law Group, which specializes in police shooting cases. “Across the country there’s a pattern and practice of officers using lethal force, especially against African American men.”

Topeka police and the FBI investigated the shooting, which led to protests and people camping in front of law enforcement headquarters in Topeka. The U.S. Department of Justice moderated a community forum. The state Legislature changed the law to allow family members to see body-camera footage after White’s family had trouble getting permission to view the footage in his case.

“The fact that we have video evidence of Dominique getting executed by police is critical to the case,” Stroth said. “The video speaks for itself.”