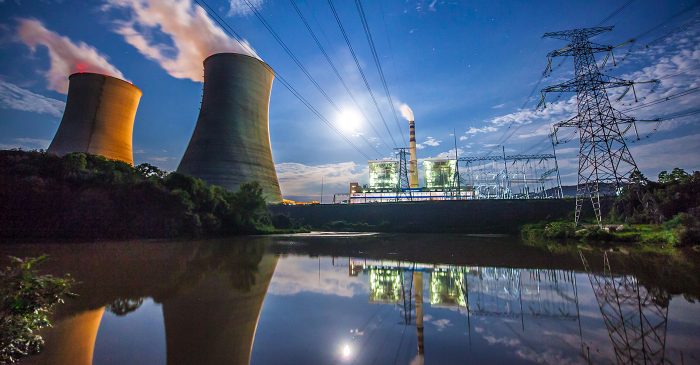 A new proposal carved out by the Environmental Protection Agency (EPA), might be the jumpstart some companies looking for more energy independence may be looking for.

The revised “New Source Performance Standards” (NSPS), a provision under the Clean Air Act, established in 2015,would loosen an Obama-era restriction on how much carbon dioxide new coal power plants would be able to emit and could potentially rescind the requirement for new coal plants to install carbon capture technologies—a method Wheeler believed, to be costly and disingenuous.

“Consistent with President Trump’s executive order promoting energy independence, EPA’s proposal would rescind excessive burdens on America’s energy providers and level the playing field so that new energy technologies could be a part of America’s future,” Wheeler stated. “By allowing the genius of the private sector to work, we can keep American energy reliable and abundant.”

If the new proposal, signed Dec. 6 passes, coal plant emissions could be relaxed from the previous limit of 1,400 pounds of carbon dioxide per megawatt-hour, to 1,900.

During the EPA conference, the National Black Chamber of Commerce President, Harry Alford, also in support of the agency’s new proposal, gave way to a recent study, conducted by the NBCC, surrounding the 2015 Clean Power Plan.

“The last administration’s war on coal was poised in increased spending cost, having negative impacts on low income groups and minorities, including individuals, families and minority-owned businesses,” Alford stated.

“In fact, the NBCC did a study on the impacts on the so called ‘Clean Power Act,’ Alford continued. “And found that the rule alone, would have increased Black poverty by 23 percent and spending poverty by 26 percent, resulting in cumulative job losses of seven million for Blacks and 12 million for Hispanics.”

Heavily believing in the benefits that these new energy practices could bring to minority-owned businesses, the NBCC president also went on to pen an open letter, further expressing his views on the use of coal energy.

“Every now and then we, Congress, gets it right. When I worked at Procter and Gamble, we practiced a management tool known as “Management by Objectives–MBO.” The Clean Air Act is an example of that,” Alford wrote.

“When things go wrong, we have a common “boogeyman” known as “Climate Change,” Alford continued. “In a way, it is like how the singer Stevie Wonder explained Superstition: ‘When you believe in things you don’t understand; You suffer!’ Superstition ain’t the way.”

However, despite all of these claims, many organizations such as the American Public Health Association, the NAACP and the Hip Hop Caucus, strongly disagreed.

“Wheeler’s pollution rule rollback is yet another example of the Trump Administration putting polluter profits ahead of the American people, especially low-income communities and communities of color,” Senior Vice President of Climate, Environmental Justice, and Community Revitalization for the Hip Hop Caucus, Mustafa Santiago Ali stated.

“Solar and wind are the fastest growing sources of energy and jobs in our country and provide cheaper, more affordable energy for our homes and businesses,” Ali continued. “And with 68 percent of African Americans and 40 percent of Latinos living within 30 miles of a coal-fired power plant, the carbon pollution combined with the other toxic chemicals these plants bring to our communities is absolutely unacceptable.”

Rev. Ambrose Carroll, founder of Green the Church(GTC), a coalition of Black churches devoted to expanding their environmental and economic footprints nationwide, also spoke out in opposition to the new EPA proposal.

“One of the main goals of GTC is to promote environmental and economic resilience, while empowering churches across the nation to develop practical solutions toward economic and environmental issues affecting the Black community,” Rev. Carroll, also Vice President of the California State Baptist Convention said.

“I don’t believe what the EPA or the NBCC has stated is valid, simply on the standpoint of what is ethical and righteous—My mother, who lives in Freeport, LA, where their contaminated tap water still catches on fire, currently suffers from cancer.”

“The views expressed by the EPA and the NBCC, I believe, are not in line with the ethics of the Black church, or the history or legacy of African Americans in this country,” Rev. Carroll continued. “While it is important to make money, there still has to be a balance between capital and ethics… If we continue to dig for dead things to energize our lives, then we will continue to die.”

The EPA is set to take comment on the proposed Standards of Performance for Greenhouse Gas Emissions from New, Modified, and Reconstructed Stationary Sources: Electric Utility Generating Units, for 60 days after publication in the Federal Register and hold a public hearing.

Details on the public hearing are set to be available shortly.