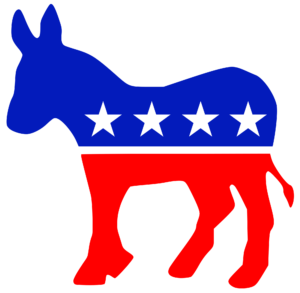 On Tuesday, November 6, voters headed to their local polling places to elect their U.S. House representatives and Senate leaders during the long a waited 2018 mid-term elections. Not only was Tuesday’s election a reflection of President Donald Trump’s first two years in office, but it also served as an opportunity for the Democrats to gain political control over the House and the Senate.

Prior to the election, the Democrats held 193 seats in the House according to MSNBC, while the Republicans held 235 seats. In order for the Democrats to sweep the House with a “blue wave,” they needed to flip 23 seats while defending their current ones.

Before the mid-term elections, the Democrats held 49 seats in the Senate while the Republicans held 51 seats. In order to take control over the Senate, the Democrats needed to flip two seats all while keeping the current seats they previously held.

As of press time, the 2018 mid-term election came to a close with a “blue wave” sweep over the U.S. House of Representatives with the Republicans keeping control over the Senate. Here is a breakdown of how election night unfolded.

Stacey Abrams-In Georgia, the race for governor was on between former state legislator Abrams, who was fighting to become the first Black female governor and Republican candidate and Secretary of State Brian Kemp. The race ended with Kemp taking 53.2 percent of the votes and Abrams taking 45.8 percent of the votes.

Both Florida and Georgia were major losses for the Democratic Party.

Although the Democrats were unable to flip all of the 23 seats needed to control the Senate, this was still a historic election which led to a diverse group of candidates being elected nationwide. Democrat Jared Polis won Colorado governor and is the first openly gay person elected as governor. New Mexico elected their first Native American female congressmember Debra Haaland. In Kansas, Sharice Davids was elected as the first Native American female congressmember. Lastly, Massachusetts’s elected Ayanna Pressley to the 7th congressional district. Pressley ran unopposed and is the first Black congresswoman of her state!