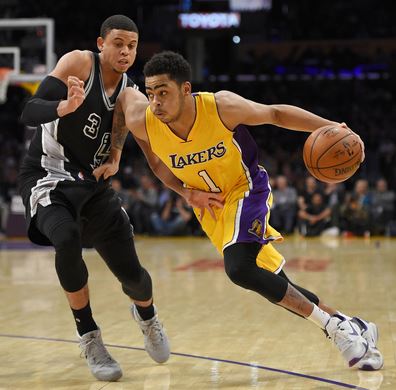 Lakers sophomore guard D’Angelo Russell and rookie forward Brandon Ingram were two of 10 American first and second-year players selected by the league’s assistant coaches to participate in the Rising Stars Challenge, it was announced today. Ingram becomes the 10th Laker in franchise history to be selected to the game (previously known as the Rookie-Sophomore Game), while Russell joins Jordan Farmar as the only Lakers to participate in the game twice. It is the second consecutive season the Lakers have had two representatives in the game, as Jordan Clarkson teamed with Russell last season in a 157-154 U.S. Team victory over the World Team.

Following up his All-Rookie Second Team selection last season, Russell is averaging 14.3 points, 4.4 assists, 3.7 rebounds, and 1.24 steals while making almost two three-pointers per game in 34 contests (all starts). His scoring average ranks second on the team, and he has eight 20+ point scoring efforts, highlighted by a season-high 32-point outing (7-13 from beyond-the-arc) with right rebounds, four assists, and three steals 11/15 vs. BKN.  Only 13 other players in the NBA this season had recorded a 17-point/8-rebound/7-assist/3-steal stat line when he did so 1/8 vs. ORL. 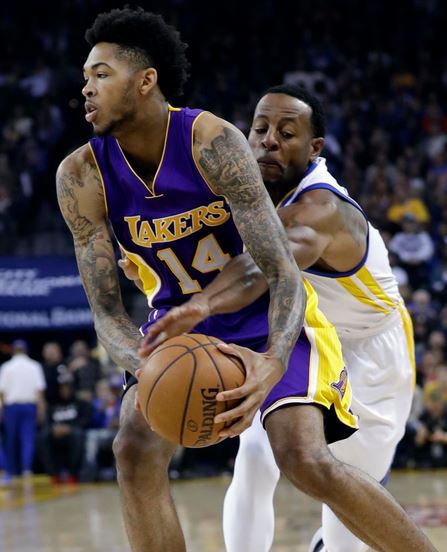 Lakers rookie Brandon Ingram drives to the basket as the Warriors’ Andre Iguodala defends during the first half of Wednesday’s game in Oakland. AP Photo: Marcio Jose Sanchez

The game will be played on Friday, February 17 during NBA All-Star 2017 in New Orleans.