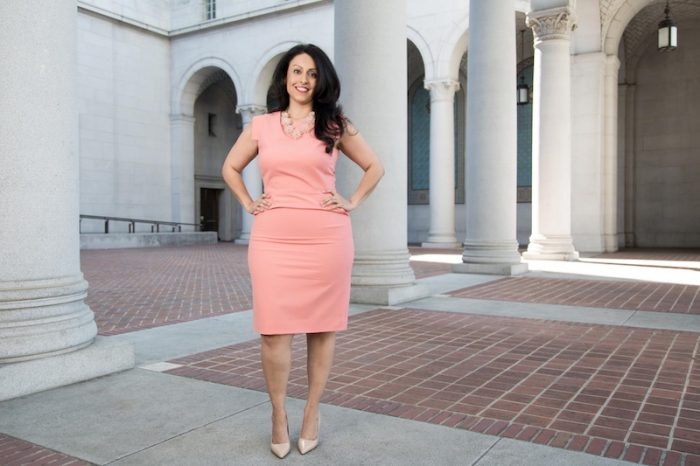 Since being elected to Los Angeles’ City Council in 2013, President Por Tempore Nury Martinez, made some of the most pressing issues in the city, like human trafficking, better wages and a better environment her priority. The Sentinel recently caught up with Martinez, to talk about these issues, giving residents some insight into how their council members are working for them. She and her colleagues, she said, are looking to move toward a more viable and cleaner Los Angeles, that includes every neighborhood, even those traditionally left behind.

“I’ve been working on the issue of minimum wage [here],” Martinez told the Sentinel during a recent interview.

“We wanted to increase the minimum wage to 15 dollars an hour [and] my colleagues and I were successful in 2015 in getting the ordinance signed into law.

It has been working families of color who have been hit the hardest [by the economic downturn], she said.

“My argument is that we need to take care of the people who are barely getting by like a single mother (for instance) raising three children. She ‘s trying to hold down two jobs. So, how do we make sure she’s making decent wages and is able to support her kids?”

On the heels of that, Martinez also worked with her colleagues to introduce the parental leave motion, that gives families the opportunity to bond with each other and their new additions.

“I’ve been very interested in parental leave as means for new parents to take up to eighteen weeks of leave without a reduction in pay,” Martinez said.

“That means whether you have a baby or adopt a baby, whether you are a man or a woman, you have eighteen weeks with uninterrupted pay to bond with your child. No parent should have to choose between their paycheck and bonding with their baby.

“I’m a big proponent of ensuring that we get closer to this goal. We are the epicenter of innovation in the 21st Century economy so it’s about time we catch up with making families a priority in our city.”

“This is basically talking about taking climate change head on. We need to make sure that every strategy we’re using to fight against climate change, starts in frontline communities.

Often times when we talk about climate change and we talk about the environment, neighborhoods like South L.A. and Pacoima are left behind. These are the communities of color who have been bearing the most burden of the infrastructure and development in our city.

Perhaps one of the issues Martinez is most passionate about, is human trafficking, especially when it comes to the health and safety of children.

“I became concerned, having been on a ride along with LAPD in my (6th) district,” Martinez recalled.

“What they had invited me to was a prostitution sting. And I was sort of wondering, well what does that mean? I grew up in my district so I know every square inch of it.

“I went with a cop in an unmarked car and he talked about the prostitution on Sepulveda Blvd. And, we were trying to find what they called prostitutes. What became very apparent to me is that the girls they were calling prostitutes were children. I witnessed girls who were as young as 13 years old.

“No thirteen year old that I’ve ever known wants to be out there in the middle of the night, cold, shivering, half naked selling her body. So, we need to find out what that is… what’s creating the problem, what’s the main source of the problem. You don’t have to be a woman or a parent to know that grown men soliciting children for sex is wrong. We shouldn’t have to shame people into acknowledging that this is an epidemic in this country.

“First we need to stop calling them women. First of all they’re children. Second, they’re victims because some is victimizing them (when they are forcing them to do it).  What are we doing once we arrest them? Are we simply creating a rap sheet for them? Or, are we trying to take women off the street, especially children so we can help them turn their life around.

“Also, what can we do to change the environment/ culture (in neighborhoods that allow this to go on?) I think there’s a misconception in this country that these girls belong to someone else or they come from another country. Or, simply, because they’re brown and black kids maybe society just doesn’t care. These children are predominately American girls. A lot of these kids are victims of the foster care system.

“One, we started to change how the [police] departments dealt with these women. We stopped calling them women and started calling them victims. Instead of arresting women, why don’t we go after the people who brought them here who are pimps?

“We wanted to stand with victims so they could help prosecutors go after these guys and build a case that can put these people away for good.

“We can’t just throw these girls away and pretend they’re not our problem. They are. They look just like us…”

Besides her position as president pro tempore, Martinez represents Los Angeles’ 6th District. She was elected in a special election on July 23, 2013 to succeed Tony Cardenas, who vacated his seat to become U.S. House Representative for California’s 29th congressional district. Martinez was the only woman serving on the city council for nearly four years, and was the first Latina member in a quarter century.

Martinez is a 1996 graduate of California State University, Northridge. In 2009, she was elected as a member of the Board of Education of the Los Angeles Unified School District, representing the LAUSD District 6.