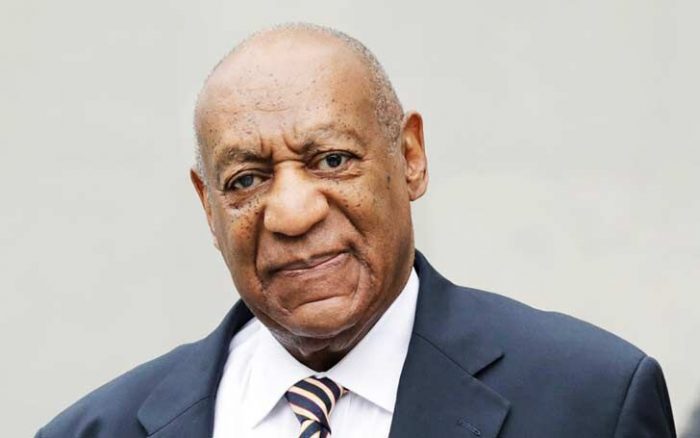 Cosby is asking that Montgomery County Judge Steven T. O’Neill be removed immediately and that he’s granted bail throughout the appeals process because of what his team called O’Neill’s “racial hatred toward Cosby that clouds his better judgement to be a good steward of the bench.”

Bill Cosby has filed a bail application and wants the judge in his criminal trial to be removed for hindering his appeal.

Cosby and his team of attorneys said Montgomery County Judge Steven T. O’Neill “Continues to show his disgust and prejudice” toward Cosby by purposely denying Cosby the right to file his appeal.

Cosby said the judge has refused to issue his legally mandated opinion, which outlines why he felt strongly in sentencing Cosby to three to ten years and to place him – an 81-year-old, blind military veteran – in a level 5 maximum security prison.

“This judge took an oath. I believe to be fair and impartial, which grants him the authority to perform all of the duties detailed in the Constitution,” Cosby said in a statement issued by his publicist Andrew Wyatt.

“I don’t know [under] what Constitutional rock this judge resides, because his refusal to write an opinion, reveals that he’s complicit in the corruption against me, and that he’s an accessory to the incestuous behavior that resides in Montgomery County,” Cosby said.

Based on Pennsylvania rule 1925(a), “upon receipt of the notice of appeal, the judge who entered the order giving rise to the notice of appeal [appealed from], if the reasons for the order do not already appear of record, shall immediately file of record at least a brief statement, in the form of an opinion, of the reasons for the order, or for the rulings or other errors [matters] complained of, or shall specify in writing the specific place in the record where such reasons may be found.”

The law further states that:

“If the appeal is based upon an order or ruling issued by a judge that was not the judge at trial, the trial judge may request that the judge who made the interim ruling draft a statement in accordance with the standards above to explain the reasons for his or her decision.”

Cosby, who is serving a three- to 10-year sentence after being convicted last year of aggravated indecent assault, filed his appeal briefs in December but O’Neill still hasn’t responded.

“Lawless judges are one of the biggest problems in the United States of America,” said Detroit and Silicon Valley attorney Mark Foster.

“The rules require the trial judge to write an opinion and make sure that the certified record is sent to the Superior Court within sixty days, but unfortunately, this almost never happens,” said Pennsylvania attorney Zak Goldstein.

Even in less complex cases, it is not uncommon for a judge to miss this deadline by months or even years, Goldstein said.

“Eventually, the Superior Court will send a notice of delinquent record to the trial judge to remind the judge of the deadline, but this notice does not involve any kind of sanction,” he said.

With that, the scales of justice are a bit skewed. If Cosby were to have missed his deadline, the entire appeal could be dismissed, but there is typically no penalty for a judge who misses the deadline, Goldstein said.

“If the delay becomes really egregious, an attorney could file a motion in the Superior Court asking that court to direct the trial judge to file an opinion,” Goldstein said.

“The court will usually grant that motion if the delay has really been significant,” he said, adding that he’s never seen a judge who has failed to comply.

On April 17, the Superior Court did file a notice to O’Neill regarding the delinquent record. Cosby has asked for bail because of the trial judge’s delay.

“Often when judges do not perform tasks [that] they should, such as issue timely rulings, lawyers may file for a Writ of Mandamus which is a request for another judge to order the judge to perform the act or do what he or she should,” said Atlanta-based attorney Randy Kessler.

“I imagine there are various remedies including the appellate courts making a ruling without the input from the trial judge and simply making whatever inferences they deem appropriate, likely giving the Defendant the benefit of the doubt which is an integral part of our criminal justice system, given the failure of the trial judge to submit the information,” said Kessler, who stressed that he isn’t licensed to practice in Pennsylvania.

Cosby is asking that O’Neill be removed immediately and that he’s granted bail throughout the appeals process because of what his team called O’Neill’s “racial hatred toward Cosby that clouds his better judgement to be a good steward of the bench.”

“O’Neill’s dishonorable conduct makes me smile, because this judge is being exposed, and it shows that this is bigger than me,” Cosby said.

“O’Neill now has his formula:  tried, true and tested to destroy any Black Man and/or Colored Man in America. I’m just so happy, because this guy is proving my innocence.  And guess what else. America is finally getting to witness the truth,” he said.

“I am not surprised that the judge in the Cosby case did not meet the sixty day deadline given the large number of complicated issues involved, and I would expect the defense attorneys to give the judge some time before filing anything because it is a complicated appeal,” Goldstein said.