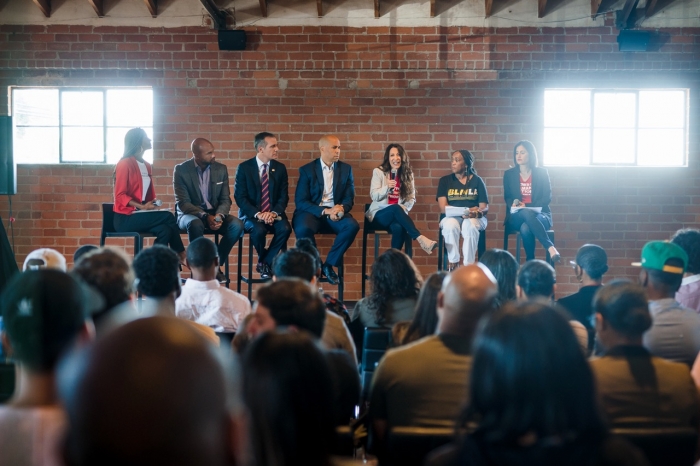 Gun violence prevention is not only relevant considering the three mass shootings that took place in Dayton, Ohio, Gilroy, California and Philadelphia within the few weeks prior to the event. The absurd number of shootings that have happened this year alone is reason for conversation, but what stood out the most during this discussion was the fact that when it comes to gun violence, Black people and people of color are disproportionately affected by its consequences. 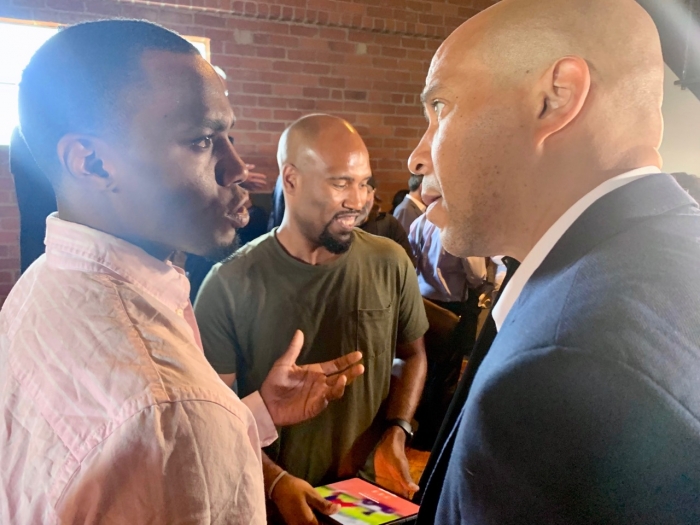 “It’s disproportionately affecting communities like the one in which I live, which are Black and Brown communities where African American men make up more than 50 percent of the homicide victims,” says Booker.

Booker, the first African American U.S. Senator from New Jersey also served as Newark city mayor for eight years. Now, the former senator is using his platform as a presidential candidate to unapologetically challenge the rhetoric of corporate gun lobbyists and the NRA.

“This has to be a movement, and a movement to do what we organize governments to do, which is to protect our citizens,” says Booker. “That’s what this has got to be about, awakening a movement in this country for us to protect ourselves and reclaim American freedom — freedom from fear, freedom from violence, freedom from the savage trauma that hits millions of Americans in this country. Not just the people who lose their lives, but the communities and neighborhoods and families that are shattered by gun violence every single day.” 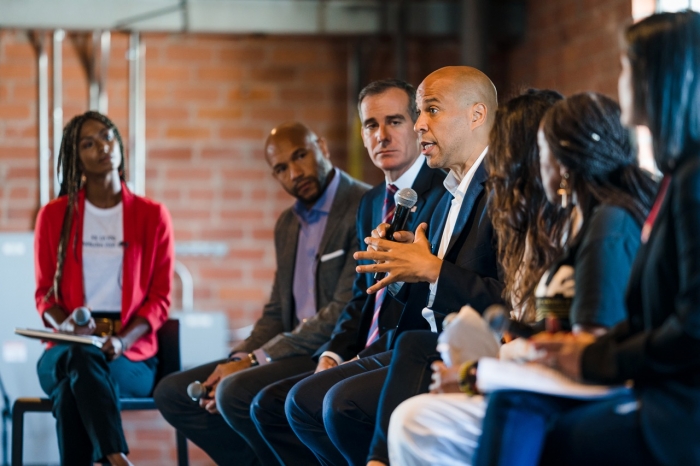 Black Lives Matter L.A. Activist Paula Minor says officer-involved shootings are a large contributor to the trauma in our communities, especially in L.A. which statistically has the highest rate of law enforcement fatal shootings of citizens than any city of the nation. When asked, “What can government do about gun violence?” Minor says she does feel some change beginning with transparency and accountability with law enforcement, but not fast enough. Minor cited an August 16 LA Times article with a headline that states “Getting killed by police is a leading cause of death for young Black men in America.” The article discusses a study published in the Proceedings of the National Academy of Sciences that shows about 1 in 1000 Black men and boys can expect to die at the hands of the police and at a rate higher than that of diabetes and influenza. 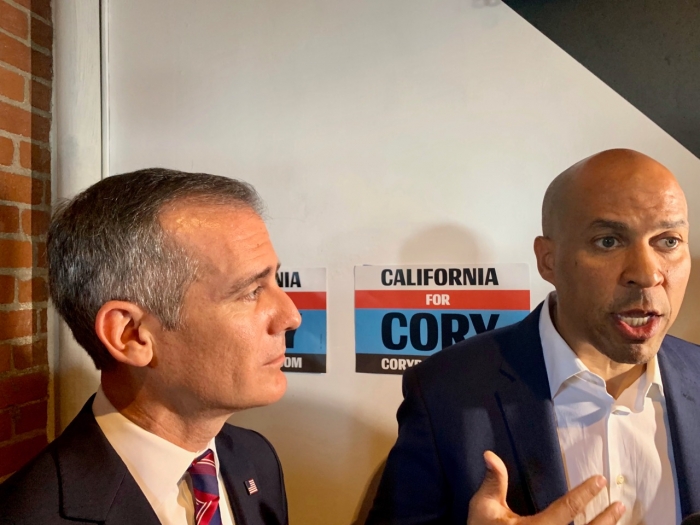 While Mayor Garcetti acknowledges the grave trauma that comes along with poor policing and officer-involved shootings, he says that the city of L.A. has worked to implement youth programs and other programs with law enforcement to better the issue from all angles.

“You have to have a trauma-based approach to what we deal with. If we’re talking about gun violence and prevention we have to have youth programs. We cannot look at this as just a guns or policing issue,” says Mayor Garcetti who went on to cite the building of parks and youth programs to be proven methods of decreasing gun violence.

“While the mass shooting are the ones that get the news, it’s the everyday daily gun violence that takes 100 lives every day,” says Dorf.

“These programs are proven to work,” says Dorf. The organization continues to lobby throughout the nation for changes in legislation.

To close, Booker reiterated the importance of speaking up about the change we wish to see.

“Nothing will change unless we do,” says Booker. “This movement needs more of us understanding that we have to revive the ideals of civic grace, have more courageous empathy and demand the changes we need to see in our culture and country.” 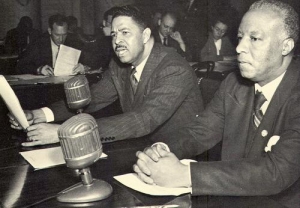