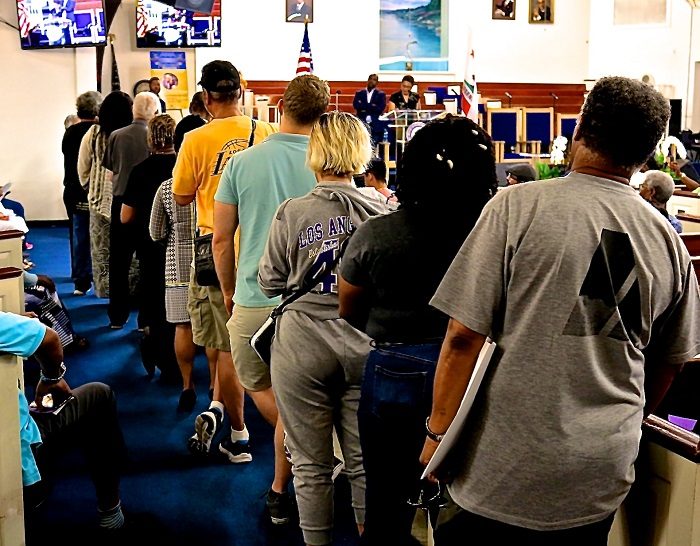 Recently, Rep. Karen Bass (D-Calif.) held a Congressional Dialogue to hear the thoughts and concerns of constituents living in South Los Angeles. Rep Bass also presented several proclamations and spoke to several youth. The event was well attended, with over 250 constituents in the audience at Mt. Tabor Missionary Baptist Church.

The constituents voiced many concerns with questions concerning airport noise, healthcare needs, taxes for homeless, rent control, predatory loans assistance, meals on wheels, budget allocation for senior centers and veteran support. Rep. Bass had case-workers on site to assist with some issues on the spot; the audience appreciated her attempt to provide more than just lip service.

“Now, more than ever, it’s important to be vigilant and keep elected officials accountable,” Rep. Bass said. “These forums give me the opportunity to not only report back on what has been happening in Washington, but to also hear about how I can better serve my community. Thank you to Pastor Brown and the rest of the Mt. Tabor family for hosting us last night, I look forward to doing it again soon.” 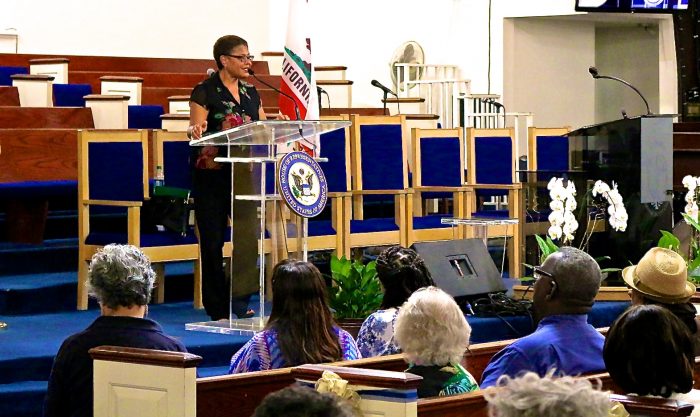 Constituents of South Los Angeles line up to ask Rep. Bass a variety of questions. Rep. Bass takes questions in groups of 10 until all questions are answered. (Photo Zach Seidl)

Councilman Marqueece Harris-Dawson was also in attendance to provide an update on housing measures, Cannabis dispensary concerns and other city issues brought up by constituents.

As Bass prepares to go back to D.C., she and other members of the Congressional Black Caucus, under the leadership of Rep. Cedric Richmond, have launched a “root out racism” campaign, which is intended to hold the Trump administration accountable for its actions on race.

The campaign comes after President Trump continues to divide the country with his response to violence at a White supremacist rally in Charlottesville, VA, that led to the death of a counter protester, as well as president’s recent pardon of Joe Arpaio – the former Arizona sheriff whose aggressive efforts to hunt down and detain undocumented immigrants made him a national symbol of the divisive politics of immigration and earned him a criminal contempt conviction.

The “root out racism” campaign takes aim at Trump administration policies and the White House personnel. “The CBC will keep its foot on the Trump administration’s neck by calling their racist and discriminatory policies what they are,” reads a list of CBC talking points distributed to members of the group. The CBC hopes to make the hashtag #RootOutRacism go viral.

Rep. Bass heads back to Washington, D.C. this month. 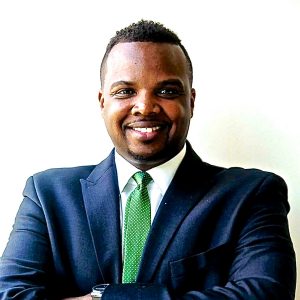 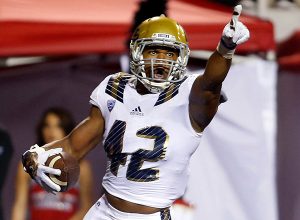