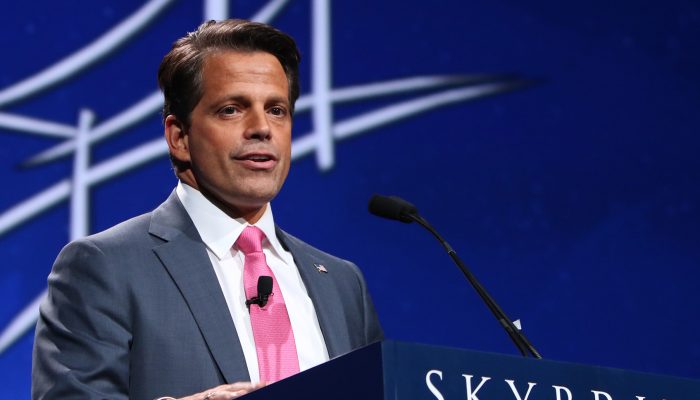 On July 21, Anthony Scaramucci made his debut as the new White House Communications Director in the James S. Brady Press Briefing Room at the White House. It was a smooth-talking, personality-driven press conference; Scaramucci showed all the signs that he was ready for prime time as newly-appointed White House press secretary Sarah Huckabee Sanders stood nearby. The political commentator and capital management executive took question after question and many political observers called Scaramucci Trump’s “Mini Me.”

On July 26, Scaramucci went on a profanity-laced tirade during a phone call with Ryan Lizza, a Washington correspondent for The New Yorker magazine; the investment banker-turned White House insider threatened “to fire the entire White House communications staff” and called Priebus “a f—ing paranoid schizophrenic, a paranoiac.”

Priebus resigned on July 28. On Monday, July 31 Scaramucci was gone, too, even though his first official day would have been August 15.

The article continued: “In addition to Priebus, Katie Walsh, the former White House deputy chief of staff, left the administration in March, and Michael Short, an assistant press secretary, resigned earlier this month when it became clear Scaramucci was going to fire him.”

The revolving staff door in Trump’s immediate orbit could not be consoling to anyone hoping that his administration, nearly 200 days into the job, would achieve some sense of stability. The Trump staff rollercoaster can’t be calming to foreign leaders, either, who have relied on the U.S. for decades.

The staff shakeups fly in the face of one of President Trump’s biggest claims of his 2016 presidential campaign: That he was an incredibly successful, billionaire real estate mogul driven by “The Art of the Deal.” Trump’s skills as an alleged master of negotiation are yet to be seen during his time in the White House.

Trump’s biggest and most embarrassing legislative failure, to date, occurred on July 27 after the Senate failed to vote on a partial repeal of the Affordable Care Act. The vote failed after Senator John McCain (R-Ariz.) walked in through a Senate lobby and at the front of the chamber, as other senators and congressional staffers milled about, lifted his hand and quickly pointed his thumb down. Senate Majority Leader Mitch McConnell (R-Ky.) looked on in dismay.

Republicans control the U.S. House of Representatives, the U.S. Senate and White House, but with Trump’s combustible managerial style, it feels as if Republicans are in control of nothing.

Now that President Trump has named retired four-star Marine General John Kelly as his new Chief of Staff, the beleaguered reality TV star will have yet another shot at trying to run the country with some semblance of order.