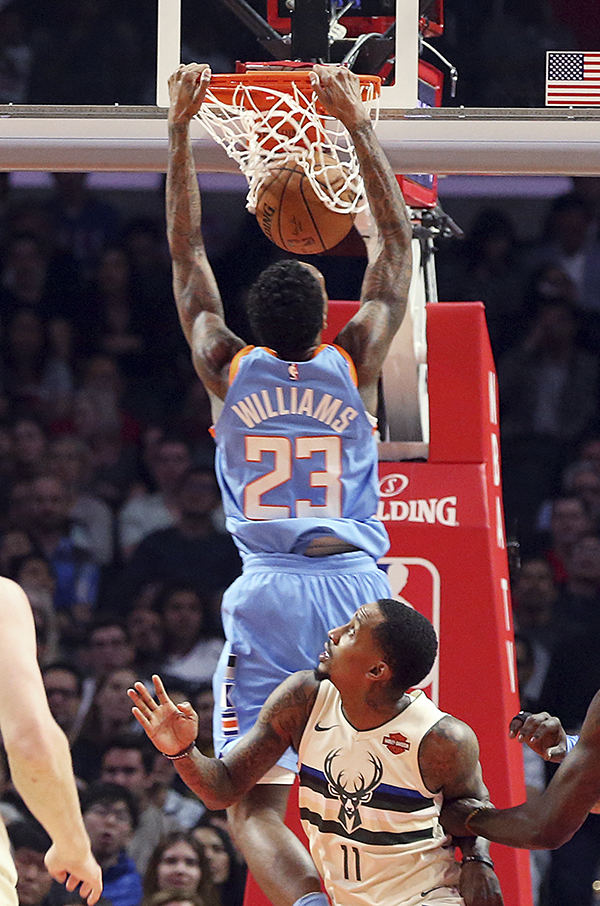 You could feel it in the air as it was yet another must-win game for the Los Angeles Clippers, who have been flirting very closely as of late, with falling out of a tight playoff race in the Western Conference.

Los Angeles improved their playoff chances however, Tuesday night, rallying back to defeat the Milwaukee Bucks 105-98 at Staples Center in front of a sold out crowd of 19,060 fans in attendance for a pivotal game for both teams.

It wasn’t easy, but Los Angeles used a 22-10 run to erase a five-point deficit and close out the game in the fourth quarter for their 40th win of the season, while the Bucks fell to (39-35) and are currently battling with the Miami Heat for the seventh and eighth spots in the Eastern Conference.

Tobias Harris and Lou Williams led the Clippers with 19 and 16 points respectively, while DeAndre Jordan added 12 points and 16 rebounds.

“We were able to make some shots and just try to limit them from getting to their threes and stuff like that,” said Clippers forward Tobias Harris.

“We just got gritty, that was the biggest thing.

The Clippers led by as many as 16 points in the second quarter, but things quickly changed as Los Angeles was outscored 21-11 in the final seven minutes of the half, making the score 62-56 through 40 minutes of play.

Milwaukee kept their foot on the gas pedal to open the second half, as the Clippers lacked ball movement while they looked like only a shell of themselves.

“We just lost our rhythm,” said Clippers coach Doc Rivers while Los Angeles was outscored 26-16 in the third quarter.

“I thought we lost it with five minutes left in the second [quarter], we got out to such a great start moving the ball, attacking, and then we just stagnant. Our offense dictated how we played defense tonight for most of the game, and when that happens, you’re playing with fire.”

“When you have a nickname and ‘Freak’ is at the end of it, you’re probably pretty good,” added Rivers on Antetokounmpo. 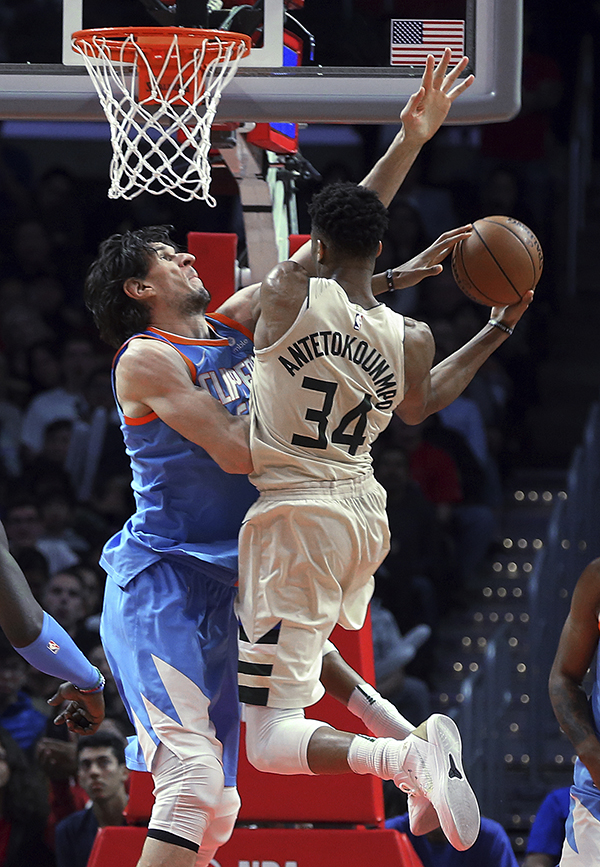 Clippers guard Austin Rivers scored 10 of his 13 points in the fourth quarter, knowing his team could not afford a tough-loss in a game that his team led for majority of it.

“We look at each game like it’s the last game,” said Rivers.

“We don’t have too much room for error.”

Los Angeles ultimately shot over 50 percent from behind three-point distance, making 15-of-28 attempts, while Milwaukee only made six three-pointers on 26 percent shooting.

“We weren’t forcing anything,” said Jordan.

“We were just moving the ball around, playing unselfish, and getting everybody involved, making them guard multiple actions, and taking what they gave us.”