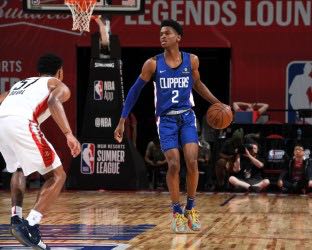 Though the Clippers went 2-4 in Summer League and were eliminated in the second round of playoffs, Gilgeous-Alexander, was a bright spot for the team. The 6-foot-6 point guard out of Kentucky, who celebrated his 20th birthday during Summer League, displayed his physical ability to score in the paint.

“That kind of experience for him is really what summer league is all about,” commented Clippers Summer League coach Casey Hill.  “You saw his pace off the ball screens and attacking in isolations and getting downhill and into the paint. He kind of figured some things out.”

In Gilgeous-Alexander’s summer league debut against the Golden State Warriors, he scored 13 points, four assists, two rebounds, two blocked shots and one steal in nearly 28 minutes of play. He boasts a nearly 7-foot wingspan that allows him to disrupt passing lanes and force deflections and turnovers.

Like many other rookies, Gilgeous-Alexander insisted that he was still adjusting to the difference in pace and a sense for his teammates. 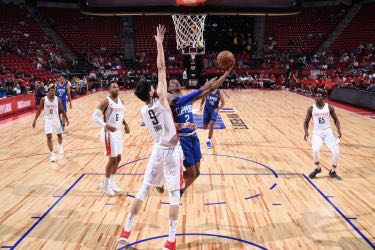 “It’s a lot faster,” Gilgeous-Alexander said. “I will figure it out. It’ll come in time. You can’t take breaks with guys that are as talented as they are on the floor. So you just got to play through it.”

Gilgeous-Alexander did just that. He followed up his first game with a 21-point performance in a win against the Sacramento Kings that featured the number two overall pick in this year’s draft, Marvin Bagley III.

“I said to him, ‘You flipped to another gear,” Hill commented after watching him compete against the Kings. “Hopefully it’s something that he’s found and can get to a little bit more often.”

“I’ve gotten better each and every game and gotten more comfortable with the style of play,” added Gilgeous-Alexander, who managed to score on 46 percent of his shot attempts.

The final two games of summer league against the Clippers’ co-tenants, the Los Angeles Lakers, and in the finale against the Atlanta Hawks, Gilgeous-Alexander sat out. 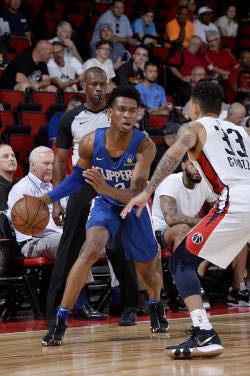 The rookie and his new team are now turning the attention towards training camp in Hawaii at the end of September.

“I need to bulk up a little more, especially when the real season starts,” Gilgeous-Alexander said, who is currently 180-pounds.

With his first season in the NBA ahead of him, Gilgeous-Alexander has reassured the Clippers front-office that he will prove to be worth their first-round selection.