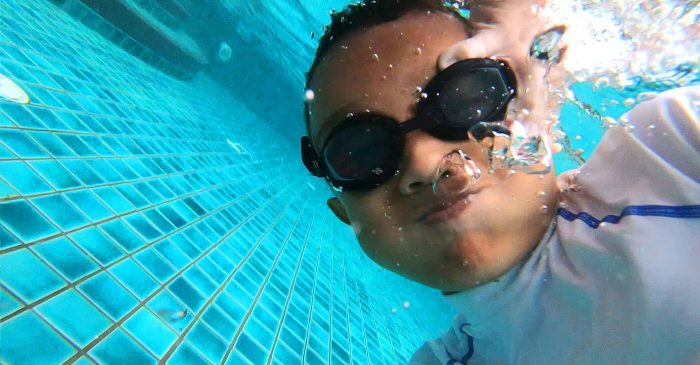 The national civil rights organization, Muslim Advocates, and its co-counsel announced a settlement of a lawsuit against the city of Wilmington, Delaware. The lawsuit alleged that Muslim children were repeatedly harassed at city pools last year because of clothing worn for religious reasons.

According to court documents, the city will revise its dress code policies for city-operated aquatic facilities to ensure access for all. The new policy will expressly state that the dress code accommodates clothing worn for religious reasons or financial hardship.

Some of the children attending Darul Amaanah’s summer camp, consistent with their religious beliefs, wear headscarves, t-shirts or leggings while in public.

Despite wearing such clothing at city pools for years without incident, pool staff harassed the children this past summer and repeatedly denied them access to the pool simply because of their religious beliefs, according to Darul Amaanah.

Despite numerous complaints, including a cease and desist letter from Muslim Advocates and an acknowledgement from the mayor’s office that the city used “poor judgment” and “should be held accountable,” the city failed to take meaningful action, forcing the plaintiffs to file this lawsuit in August 2018, according to attorneys for the center.

“I was born and raised in Wilmington, which is why it broke my heart to see our children face this kind of discrimination and humiliation from the city,” said Tahsiyn Ismaa’eel, founding director of the Darul Amaanah Academy summer youth camp.

“Every child should be able to have fun in a public pool without having to worry about facing prejudice.”

As part of the settlement, the city will provide additional training to employees of city-operated aquatic facilities and prominently display the new dress code policy at all city pools.

The city will also extend the length of the 2019 pool season through Labor Day and provide $50,000 in compensation to the plaintiffs, according to the settlement.

While the city didn’t admit any wrongdoing, Mayor Mike Purzycki and City Parks and Recreation Director Kevin Kelley both said Wilmington is committed to “ensuring the fair and equal treatment of all residents.”

“Both parties agreed that today’s announced settlement helps to ensure that all residents of Wilmington are able to enjoy Wilmington’s aquatic facilities,” the mayor and parks director said in a joint statement.

Muslim Advocates attorneys said they were pleased with the outcome.

“Darul Amaanah Academy’s staff and families showed remarkable courage by publicly standing up for themselves and for the broader Wilmington community,” said Juvaria Khan, the senior staff attorney at Muslim Advocates.

“Everybody — especially young children — should be allowed to use the pool without fearing that they will be discriminated against because of what they believe or the way they look. This situation should have never happened, and this settlement agreement helps ensure that it will never happen again.”