People wait in line outside the Supreme Court in Washington, Wednesday, Feb. 27, 2013, to listen to oral arguments in the Shelby County, Ala., v. Holder voting rights case. The justices are hearing arguments in a challenge to the part of the Voting Rights Act that forces places with a history of discrimination, mainly in the Deep South, to get approval before they make any change in the way elections are held. (AP Photo/Evan Vucci)

Sen. Patrick Leahy (D-VT), Rep. John Lewis (D-GA) and leaders of the House Black Caucus, Hispanic Caucus and Asian and Pacific American Caucus, recently introduced the Voting Rights Advancement Act of 2015, which amends the Voting Rights Act (VRA). In the 2013 Shelby County v. [Eric] Holder ruling, the Supreme Court struck down the VRA’s coverage formula for federal preclearance of voting laws introduced in states with a history of racial discrimination, charging Congress with the responsibility to draft a new formula. The recently introduced bill is the first attempt at a new formula since the compromise bill was introduced in the House last year.

The civil rights groups Advancement Project and New Virginia Majority, who fought for key provisions of the bill, released the following statement:

“Fifty years ago, brave men and women marched across a now infamous bridge in Selma, Ala., facing violence and risking death, asking only for the simple and fundamental right to vote,” said New Virginia Majority Co-Executive Director Tram Nguyen.

“Today the struggle to defend our right to vote is still real. Since the Shelby decision eviscerated the protections of the Voting Rights Act that those before us fought for, we in Virginia have feared attacks on our voting rights, and indeed have experienced incidents of attempted discrimination in voting. Just last month, the U.S. Supreme Court ordered a lower federal court to review Virginia’s congressional redistricting plan that packed African-American voters into one district, diluting the community’s right to have their votes count as equal. Our new voter ID law has also been enacted without being subject to any sort of review, and nearly 100,000 active Virginia voters may not have the ID that is now required to vote.

“To ensure that our elections are free, fair and accessible, New Virginia Majority urges Congress to restore the Voting Rights Act by passing the Advancement Act, which ensures that Virginia is protected…”

“Since then, there has been a deluge of attempted discrimination in voting in the South, including discriminatory voter ID laws, purging voters from the rolls based on faulty databases, and redistricting in ways that violate the fundamental democratic principle of one-person, one-vote. The Senate bill is designed to restore critical protections of the Voting Rights Act. It will require states in the South and other states with ongoing discrimination in voting to ’preclear’ their voting changes before they are implemented.”

“In the two years since the Supreme Court’s devastating Shelby ruling, our local partners in vulnerable states across the nation – including North Carolina, Virginia and Florida – have been left unprotected by federal preclearance. That’s why we fought to have their voices heard in the drafting of the bill introduced today, ensuring that they would once again be covered by this critical measure. Impacted communities should always be central to the voting rights debate, and we are encouraged that Sen. Leahy took heed to their experiences and expertise.”

“We applaud Sen. Leahy for his work to re-establish the historic strength of the Voting Rights Act,” said Advancement Project Co-Director Penda Hair.

“This bill ensures that discriminatory tactics used to manipulate the voting process are closely monitored, and that states are barred from abridging access to voters of color. We and our local partners fought hard to see that the bill’s triggers for preclearance include tactics like changes in the rules for voter registration and verification, redistricting and moving polling places in areas with significant numbers of voters of color. We will continue to give our strongest support for these protections as the bill proceeds to debate. It is a moral imperative that Congress pass it without delay.” 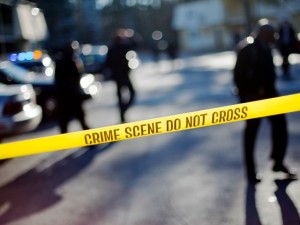 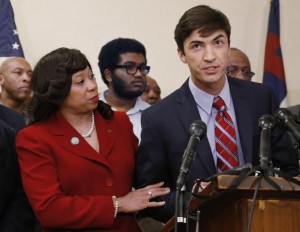 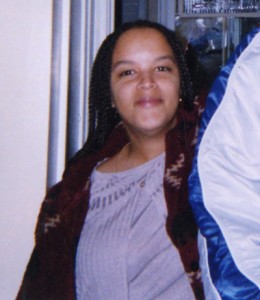 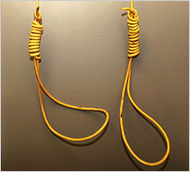 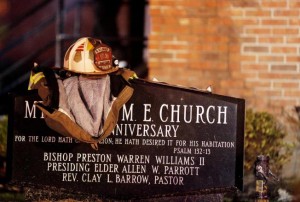 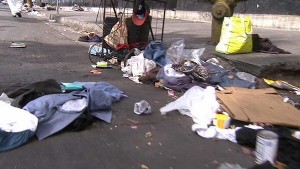