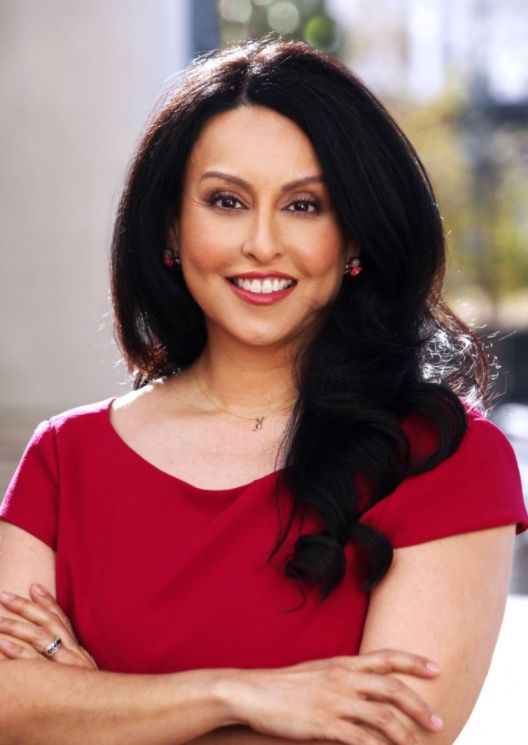 The city of Los Angeles will spend up to $3 billion over the next five years to develop as many as 16,000 beds or housingunits for the homeless, enough to accommodate 60% of the homeless population in each of the 15 City Council districts, under the terms of a settlement of a long-running lawsuit demanding solutions to the crisis.

The settlement with the LA Alliance for Human Rights does not include Los Angeles County, which is also a defendant in the lawsuit, but city officials said the county will be responsible for providing services and housing for homeless individuals with serious mental illness, substance-use issues or chronic physical illnesses.

City leaders said the county must provide services for that segment of the homeless population, since it has the medical and social-work facilities to do so — while the city does not.

The actual number of housing units and beds the city will be required to build under the settlement remains uncertain, pending the results of the recently conducted “point-in-time” countywide homeless count. But city officials estimate that meeting the terms of the settlement will require the addition of 14,000 to 16,000 beds, costing between $2.4 billion and $3 billion.

A large portion of those required units are believed to be already in the planning stages with funding from the voter-approved 2016 Proposition HHH, a $1.2 billion bond measure to fund homelessness solutions.

Los Angeles County issued a statement on April 1 applauding news of the settlement between the Alliance and the city, and saying it remains “steadfast in our focus on addressing homelessness as a regional crisis affecting people and communities in all of our 88 cities as well as in the unincorporated
areas.”

County officials said that since the passage of Measure H in 2017, the county has provided housing for 75,000 people experiencing homelessness and shelter capacity has increased by 60% over the past three years. The county noted it has committed more than $1 billion to the issue this fiscal year alone.

“The Board of Supervisors is fully committed to continuing and expanding this massive mobilization to create lasting solutions to this humanitarian crisis,” according to the county statement. “In this ongoing battle against homelessness, the county will continue to use its resources to support people experiencing homelessness within the area of Los Angeles that is the subject of this lawsuit, while also maintaining our obligation to use our resources equitably to support people experiencing homelessness in the rest of the city of Los Angeles and in the remaining 87 cities and unincorporated areas.”

The county was named as a co-defendant with the city in the March 2020 complaint, but recently withdrew from closed-door settlement talks in Los Angeles federal court.

Los Angeles County “must step up and do their part,” City Council President Nury Martinez told reporters at a news conference last Friday at City Hall.  City officials said the settlement has already been OK’d by U.S. District Judge David Carter, who has been overseeing the lawsuit.

In February, Carter ordered a series of mandatory settlement talks to begin after city and county representatives indicated they had no sense of when or if they might strike a deal that would lead to a shared agreement with the association of downtown residents, homeless individuals and property owners who filed the suit.

Over the past six weeks, city and county representatives separately shuffled in and out of Carter’s chambers for multi-hour meetings — with little progress to report until last week when there were indications that a settlement was in the works. 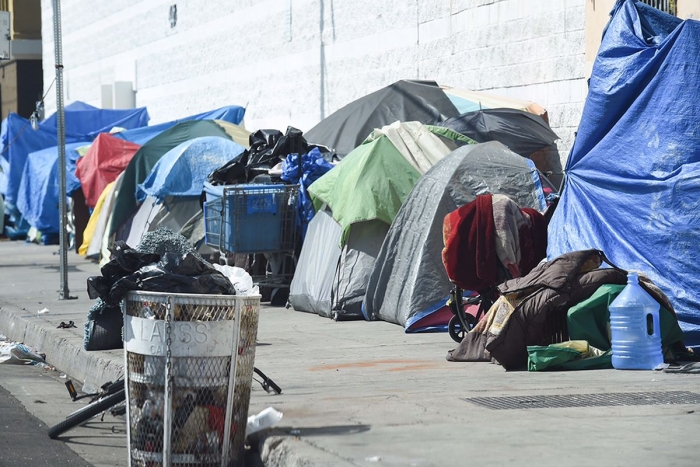 Officials estimate that meeting the terms of the settlement will require the addition of 14,000 to 16,000 beds for unhoused individuals. (File photo)

At least twice, a seemingly exasperated Carter requested the presence of Mayor Eric Garcetti and Martinez at the confidential meetings.

“We could’ve fought this lawsuit, but we saw it as an opportunity … to build a future where nobody is suffering on our streets,” Garcetti said.

During open court hearings, Carter has referred several times to a “historic schism” between the city and county that had apparently stymied previous settlement efforts. The two entities were ostensibly supposed to come to a compromise on funding and other issues before an agreement with the L.A.
Alliance could be reached.

LA Alliance attorney Elizabeth Mitchell said last Friday the county has “refused to participate in this settlement. We will not stop working to hold the county accountable. This crisis is too big for any one branch of government. The county is not getting out of its obligations.”

The lawsuit brought by the L.A. Alliance had been on hold almost since it was filed, with the goal of forcing local government to “comprehensively” deal with the homelessness crisis downtown.

Settlement talks eventually expanded from the original lawsuit focus of downtown’s Skid Row area to the thousands of transients living under or next to the region’s freeways, then ultimately to the county’s entire homeless population.

Skip Miller, outside counsel for the county, has long argued that the county should not be held accountable for Skid Row because “the city has primary jurisdiction.”

Miller issued a statement last Friday saying the lawsuit “has no merit with regard to the county.”

“It is between the plaintiffs and the city, and we’re glad they settled,” he said. “We intend to litigate and win this case. The county is more than doing its job and doing everything possible to address homelessness without stigmatizing it as a crime. Any assertion that the county has failed on this obligation is utterly baseless. Unlike the lawsuit, which focuses on four miles of downtown L.A., the county is obligated by law to use its resources equitably among all 88 cities and unincorporated areas within the 4,000 square miles of its jurisdiction.”

The plaintiffs said that wherever the homeless are located, services  have not kept pace with the ever-expanding crisis. 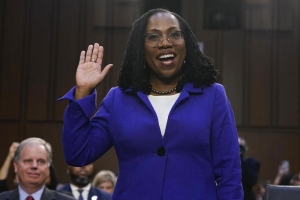 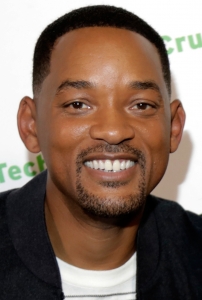 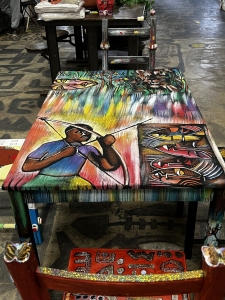 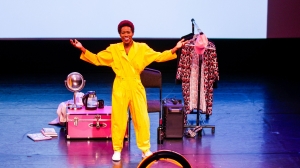 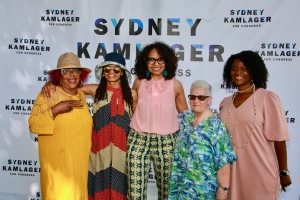 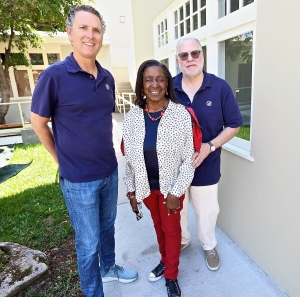