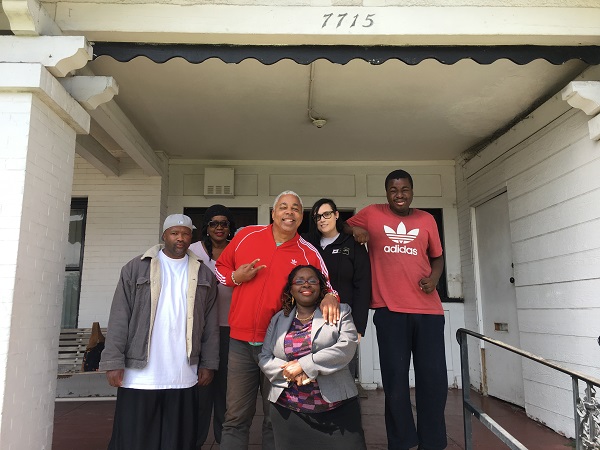 Attorney Nana Gyamfi (center) flanked by some of the nearly one dozen tenants who were facing eviction and homelessness after a rent scam. (courtesy photo)

Caption2: An undated photo of Giovanna Wilkerson accused of running a rent scam.

The nearly one dozen tenants facing eviction after a woman running a transitional housing scam in a dilapidated, ramshackle house in South L.A. took their money and failed to pay rent to the landlord, announced with their attorney Nana Gyamfi that they’d been given relocation assistance through the city of Los Angeles.  Through the help of Eighth District Councilmember Marqueece Harris-Dawson, the tenants will now receive relocation assistance alleviating their worries about becoming homeless overnight.

Because of the conditions of the property, a motion carried by South L.A. Councilmember Marqueece Harris-Dawson and seconded by Councilmember Gil Cedillo was passed in City Council on Mar. 27., to provide advanced funds to the tenants for relocation.  The motions direct the City to report, with the assistance of the appropriate departments, including the Department of Building and Safety and the City Attorney, relative to whether an Order to Vacate or similar action is necessary; determine the eligibility of the tenants to receive relocation assistance; identify funds to provide relocation assistance to the tenants, subject to eligibility requirements; and report with the authorities required, including any necessary findings, to provide assistance to the tenants.

While fighting their eviction, the tenants continued to live in absolute wretchedness and uninhabitable conditions.

Tenants say that Code Enforcement inspectors told them on numerous occasions during inspection visits that they would issue an Order to Vacate and that the tenants would be immediately evacuated and provided relocation assistance if either the lights or gas were turned off.  However, after two weeks of no gas or hot water, the tenants continued to live in the nearly 5,000 sq. ft. home with an active gas leak that the fire department has deemed a hazard severe enough to require a 24-hour fire watch.

A 19-page inspection report dated Feb. 20, from Code Enforcement shows dozens of violations were found at the house on Crenshaw. Among the citations were the use of an enclosed porch as a bedroom, broken windows, plumbing blockage, termites and dry rot, broken or missing electrical switches, loose guardrails, hazardous, unapproved, defected or improperly installed receptacle outlets, missing smoke detectors, defective or missing room heating appliances, unapproved plumbing, and dampness in rooms. In addition, there are visible signs of mold, roaches and bed bugs throughout the house.  A similar report was issued by the county of Los Angeles’ Department of Public Health.

At a press conference on Tue., Apr. 3, in front of the ramshackle house on Crenshaw Blvd., the tenants along with their attorney Nana Gyamfi and Councilmember Harris-Dawson’s Chief-of-Staff Solomon Rivera, detailed for the news media the horrible condition of the house as well as the elaborate and ongoing scam run by Giovanna Wilkerson.  The tenants and attorney Gyamfi urged City Attorney Mike Feuer to stop Wilkerson and prosecute her for her crimes against unsuspecting low-income tenants looking for housing.

“This is not the only place Ms. Wilkerson has done this in,” said attorney Nana Gyamfi.  “These are not the only people who have been victimized by this scheme. She’s done it before.  She’s doing it now, and unless she’s stopped, she’s going to keep doing it.”

Councilmember Marqueece Harris-Dawson added, “The slum conditions are inhumane and inexcusable.  I am grateful that we were able to secure relocation assistance for these residents. However, in a time of severe housing and homelessness crises, we cannot allow people to take advantage of the most vulnerable without repercussions.”

Congresswoman Maxine Waters made an impromptu visit with the tenants on Monday and saw the conditions of the house firsthand.

Headed back to Washington D.C. the next morning, Congresswoman Waters spent the evening working with the tenants to make sure that they had short-term housing available to them and would not be homeless once they left the house on Crenshaw.  Waters directected her staff to make finding the tenant’s temporary housing a priority.

A condition of receiving relocation assistance from the city of Los Angeles is that the tenants must leave immediately.

All of the tenants–which include Social Security (SSI) and General Relief recipients, developmentally disabled, mentally-ill, autistic, stroke victims, and working adults who just can’t afford the high cost of rent in Los Angeles–say that they rented beds shared rooms for between $175 to as much as $1,000 a month from Giovanna Wilkerson as part of a transitional housing program for low-income adults. Several tenants claim they were brought or referred to Wilkerson by a hospital. One hospital’s name that is repeatedly mentioned is Silver Lake Medical Center, an acute psychiatric hospital and mental health center in Rosemead.

Current and previous tenants say that in exchange for renting a bed in a shared room, Wilkerson demanded access to their debit card numbers, pin codes–including for their Electronic Benefit Transfer or EBT which is used in California is to issue food stamp and cash benefits to recipients. Tenants say she solicited them online, in front of the Department of Public Social Services and on Skid Row at homeless shelters including the Downtown Women’s Center.

Wilkerson says her tenants are required to disclose their private financial information because “people become dishonest.”

“We don’t ask to [hold] onto cards as most program [sic] do. They will say their funds didn’t hit the card and attempt to live for free, smoke or drink their money up. Poor choices rather than housing being a priority.”

An investigation into Wilkerson has produced several other homes in South L.A., where she is currently running what she calls a ‘transitional housing’ or ‘sober living’ programs where she targets indigent and low-income people. In one home, she’s presently housing as many as 40 adults between two five-bedroom apartments on the same property. In another home, in Watts where she keeps her office in the garage, Wilkerson is housing adults and families.  Calls made to the landlords of these properties were not returned.

Wilkerson’s tenants say she promised them transitional housing that included a clean living environment, meals, and even job assistance.

For her part, Wilkerson contends that the residents are not tenants and therefore the landlord-tenant law does not apply to them.

“I’m the Housing Director, they are participants,” she said via text message.

About the programs the tenants say they were promised, Wilkerson responded, “What services? We provide month-to-month housing. Guaranteed refrigerator and stove.” 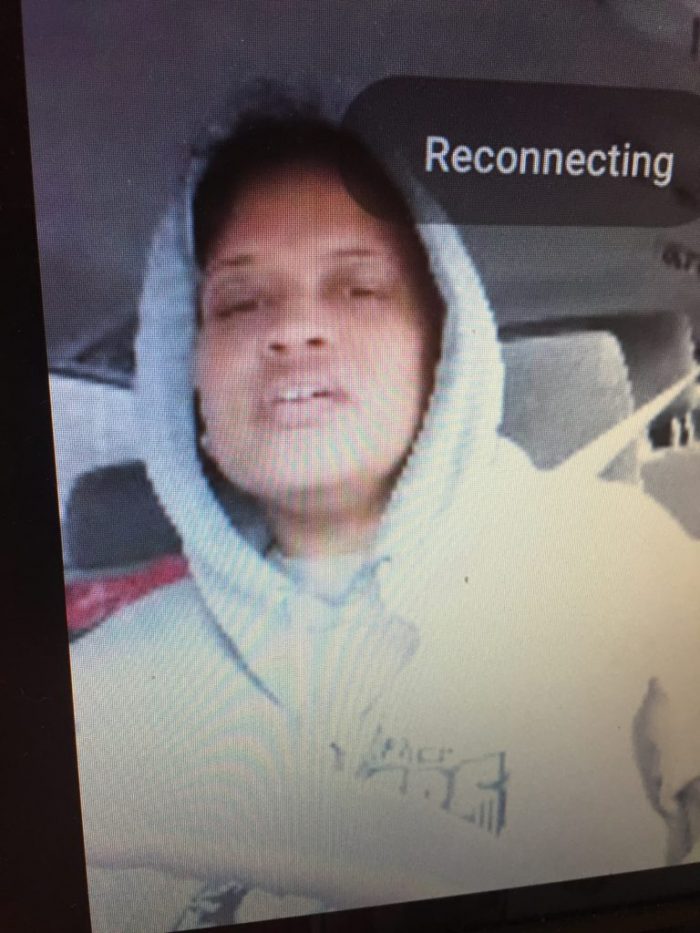 Current and past tenants have detailed how at times the electricity and or gas would be turned off for nonpayment in Wilkerson’s various homes.

Since the story first broke, numerous previous landlords and tenants, have come forward about Wilkerson. A search of court documents shows that beginning in 2009, Wilkerson has had seven unlawful detainers filed against her—almost one every year. Several landlords have come forward and detailed how Wilkerson ran her business in their homes and then skipped out on paying the rent.

“Not really concerned what the public thinks,” Wilkerson said in an email on Tue. Feb. 27.

The tenants warn that if she isn’t stopped in the very near future, the city of Los Angeles will be facing another similar situation where Wilkerson has skipped out on paying the rent and left tenants behind.

Attorney Gyamfi says that the City Attorney was alerted over a month ago about Wilkerson’s scam and hasn’t done anything about it.

“This city is facing one of the worst affordable housing and homelessness crisis in the country,” added Gyamfi. “The City Attorney has a responsibility to make sure that people who are just trying to keep a roof over their heads are not taken advantage of and he’s not doing that in this case.”

The tenants for their part thanked Councilmember Marqueece Harris-Dawson, their attorney Nana Gyamfi, the community, and media.  The tenants specifically praised the Los Angeles Sentinel, L.A. Watts Times, L.A. Weekly, KNOCK-LA and The Front Page with Dominique DiPrima on 102.3FM KJLH for rallying around them and helping to get their story out. They continue to urge the City Attorney to stop Giovanna Wilkerson before there are additional victims. 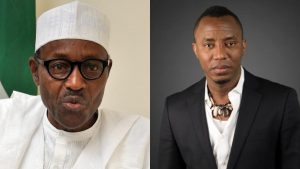 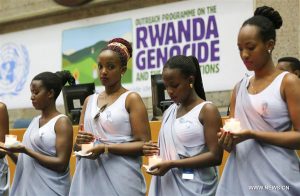