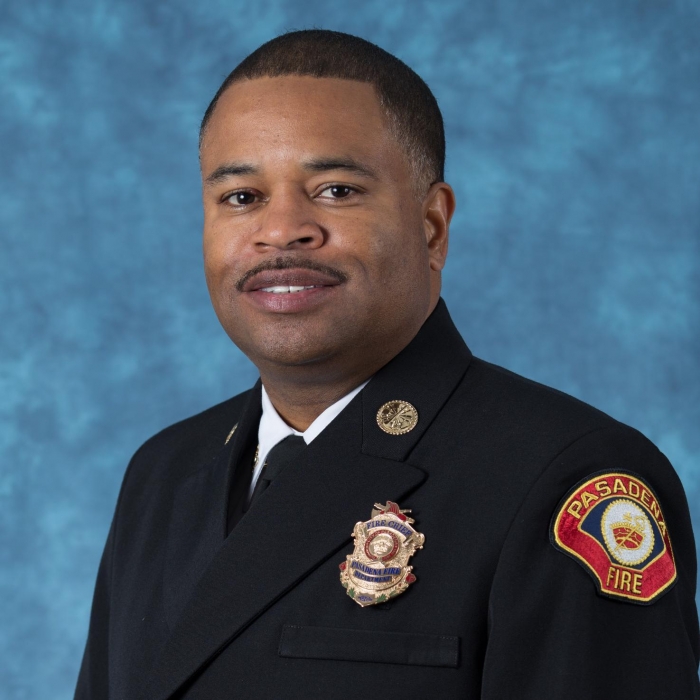 The Pasadena NAACP rallied to support Chief Bertral Washington who was reassigned last Thursday to perform work on the city’s wireless emergency alert system, but no reason for the reassignment has been made public.

“The situation displays no effort to correct injustice,” said NAACP president Allen Edson. “The reason for his firing has not been made public. Why has the Firefighters Association not spoken up on his behalf? It is known in the community that they (the firefighters association) has been working against the chief since he was hired.”

Mermell said “he was unable to discuss personnel issues.”

Councilman John Kennedy and Vice Mayor Tryon Hampton, the only two African Americans on the seven-person city council, agreed with members of the NAACP and demanded answers for the reassignment and wanted to ensure that Chief Washington was being treated fairly and afforded due process.

Hampton said, “he was surprised that the chief had been reassigned and wanted to ensure that he was given a fair process.”

He continued, “Because a small group, who work within the department, have decided they have issues with the chief, for our city manager to reassign him is extremely disappointing. I expect each of you come back until our fire chief is reinstated.”

Hampton praised Washington for increasing diversity in the department.

Councilman John Kennedy asked City Attorney Michele Beal Bagneris to inform the council on what it could to do contravene Mermell’s decision.

“We need to explore whether the Fire Chief’s due process rights were violated,” Kennedy said.

Washington did not attend Monday’s meeting nor has he commented on the situation, but many believe the chief has the right to bring legal action against the city if he is not reinstated.  Pasadena Now reported last week that the city manager confirmed Washington’s reassignment and that the chief was still employed by the city and had not received a reduction in pay.

Members of the community vowed to continue to fight for the chief who is highly regarded by many in the city and will continue to question the decision until order is restored within the city’s fire department.