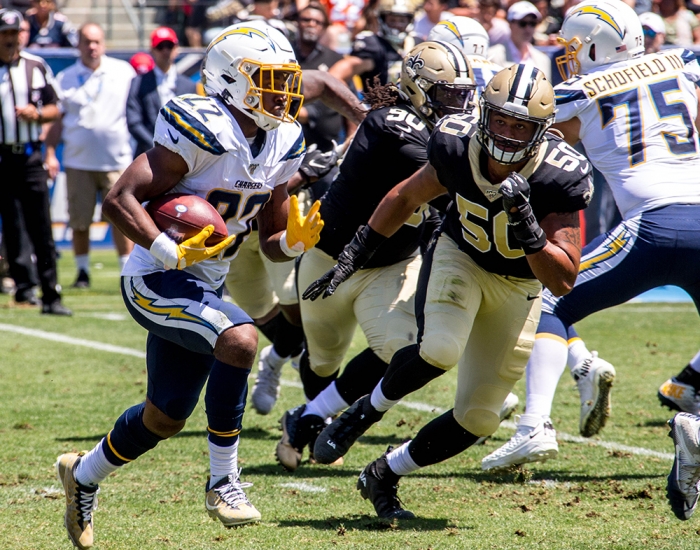 The Los Angeles Chargers could not keep up their first-half momentum, allowing the New Orleans to clinch a come-back 17-19 victory.

“Cardale Jones I thought he had his best game as a Charger,” said Chargers head coach Anthony Lynn. “I like the way he handled the offense going up and down the field.” 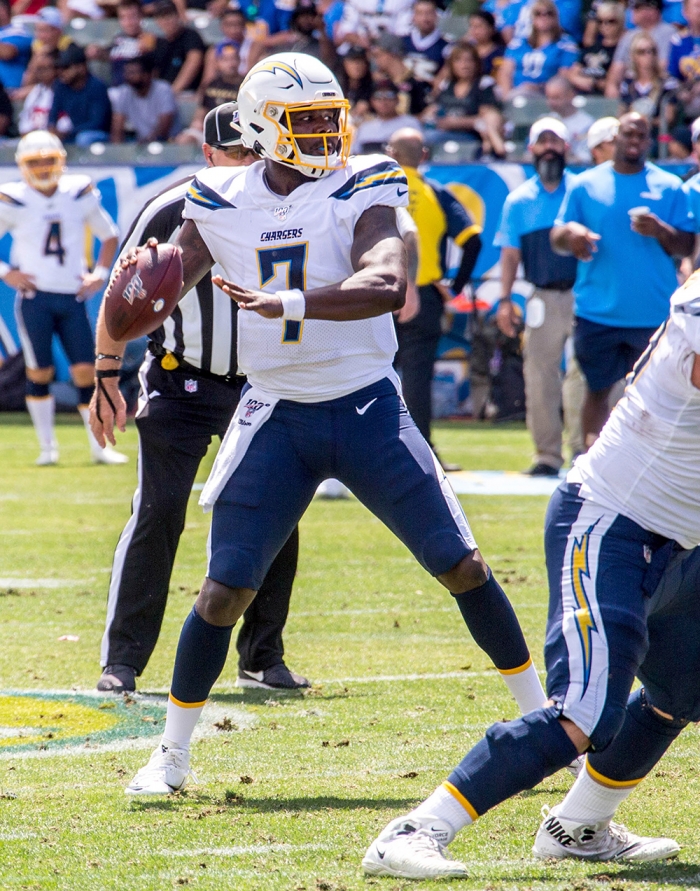 Defensive energy was high for both teams. Los Angeles only allowed New Orleans to gain seven receiving yards in the first quarter. In return, the Saints held the Chargers rushing yards to 16. New Orleans frequently pressure quarterback Tyrod Taylor, causing him to make scramble plays. Saints linebacker A.J. Klein made an interception, setting them up for what eventually became a field goal.

“You got to make sure you get off the field as much as possible,” Lanier II said. “Third and out, that’s the biggest thing.”

The Chargers offense were at their strongest in the second quarter, Taylor was subbed out for Jones, who executed sound passing plays. Jackson made 17-yard rush would help the Chargers get on track.

“I kinda just saw green grass and just went up and made a few [defenders] miss,” Jackson said. “It was a solid ran, but I wanted to get more out of it.”

A few plays later, Jones would send a 24-yard sling to wideout Andre Patton to score the Bolt’s first touchdown of the game.

With seconds left in the second quarter, rusher Troymaine Pope escaped from the Saints specialists, sprinting for a scoring 81-yard punt return. His main concern was securing the ball.

“Once I caught the ball, I just had my natural ability to take over,” Pope said. “My coverage team, they did a good job blocking for me.” 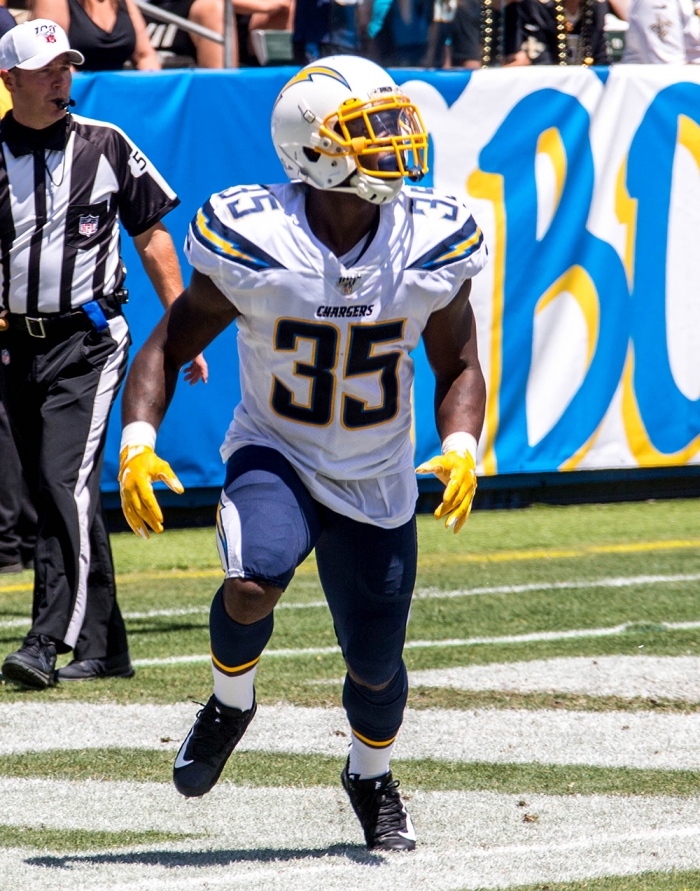 Running back Troymaine Pope (35) made a 81-yard punt return for a touchdown (Robert Torrence/L.A. Sentinel)

Saints quarterback Taysom Hill made strides to make passing plays and first downs. He scrambled for 17 yards and then sent a 27-yard strike to wideout Austin Carr for a touchdown. The Bolts struggled with penalties throughout the third quarter.

Yet the Chargers defense put in the effort to push back in the final phase, linebacker Denzel Perryman forced a fumble and Adarius Pickett recovered it. Safety Roderic Teamer and defensive tackle Dee Liner sacked Hill for seven yards. New Orleans, however, would not back down. A combination of rusher Devine Ozigbo and Hills accurate slings would lead the Saints to a touchdown.

With 5:32 left in the game, the Saints were within one point of the Chargers. Easton Stick had signal calling duties for the Bolts in the fourth, he struggled to move the offense out of Chargers territory. The  New Orleans offense rolled downfield, the Chargers defense revved up after the two-minute warning.

A field goal kick from Wil Lutz gave the Saints their first lead since the first quarter. Stick collaborated with wide receiver Artavis Scott for a 31-yard pass. Soon after, Stick threw an interception to seal the Bolts’ fate.

The Chargers will clash against the Seattle Seahawks at the Dignity Health Sports Park on August 24 at 7:00P.M.