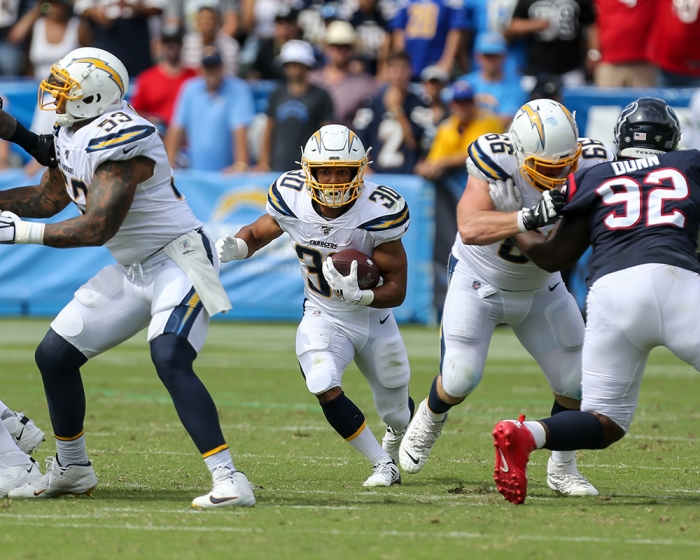 The Los Angeles Chargers were clinging onto a 10-point first half lead, clicking on all cylinders on both sides of the ball, but were ultimately unable to sustain it, allowing the Houston Texans to come from behind and steal a 27-20 victory, Sunday afternoon at Dignity Health Sports Park.

Houston Quarterback Deshaun Watson threw for 351 yards and three touchdowns with a 135.8 quarterback rating, helping the Texans (2-1) outscore the Chargers (1-2) 20-3 in the final 30 minutes of play.

During their two-game losing streak, Los Angeles has scored three points, total, in its last two second halves, which has led to frustration from coaches and players.

“We’re putting ourselves in position to win these football games, but we’re not finishing,” Chargers Head coach Anthony Lynn said. “We have a lot of football left, a lot of character in that locker room… but we have to find a way to finish football games.”

Chargers Running backs Austin Ekeler and Justin Jackson combined for 62 rushing yards on 14 total carries, as the Texans packed the box up front for a large duration of the game.

“We keep shooting ourselves in the foot,” Allen said. “Coming out in the second half, we’re not moving the ball. Penalties every time we make a play. Score a touchdown, we get a penalty. Interception, penalty. We’ve got to find a way to get over that.”

The Chargers are no strangers when it comes to getting off to slow starts, marking their fifth consecutive season with a losing record through the first three games of the season. 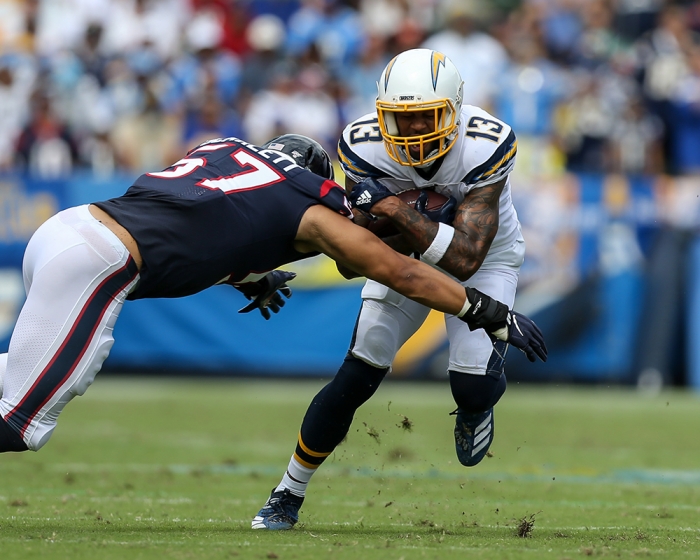 Los Angeles scored the first points of the game on a seven-yard touchdown pass from Rivers to Allen in the first quarter. In the second quarter, Rivers connected with Allen again for a 12-yard touchdown, capping an eight-play 89 yard-drive to give L.A. a 17-7 halftime lead.

In the third quarter, Texans tailback Carlos Hyde scored a three-yard rushing touchdown, cutting their deficit to three, 17-14. Seven minutes later, Watson connected with Jordan Akins for a 15-yard score, giving Houston its first lead of the game at 21-17.

The Chargers committed seven penalties that resulted in 69 yards, with some being more crucial than the others.

Defensive back Rayshawn Jenkins intercepted Watson in the fourth quarter only for it to be nullified by offsetting penalties, where a holding penalty on the Texans’ Nick Martin and a facemask on the Chargers’ Desmond King resulted in a replay of down.

“Was it a facemask? I don’t know,” frustratingly said Lynn. “But that’s what they called.”

A few plays later, Watson then dazzled and escaped the pocket, hitting Akins for a 53-yard catch and run for a touchdown, giving the Texans a commanding 27-17 lead.

“I was just going out there playing ball, having fun, trying to make things happen,” Watson said with a humble smile.

The Chargers had one final chance late, when Rivers connected with Mike Williams for a long completion near the goal line with 24 seconds left, but a costly holding penalty on tackle Trent Scott was called seemingly ending the game with L.A. unable to overcome a 27-20 deficit. 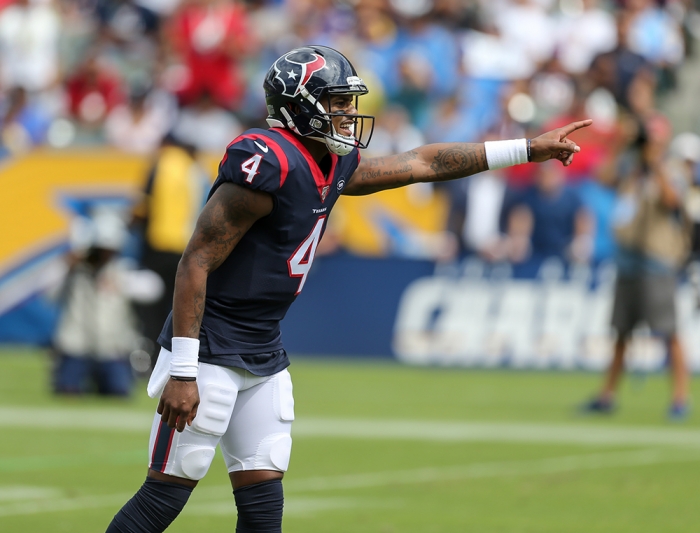 After the game, Watson mentioned how much it meant to him beating a veteran and All-Pro Quarterback like Rivers in a head-to-head road matchup.

“To come in his house and compete with him is special,” Watson said on Rivers. “He called my name and said, `Great job. Continue to grow and have a bright future.’ And he said he’ll see me in January, so I’m looking forward to that.”

The Chargers will travel to Miami next, looking to pick up some momentum against the winless Dolphins (0-3) on September 29 at 10:00A.M. at Hard Rock Stadium. 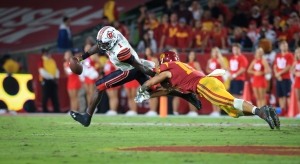 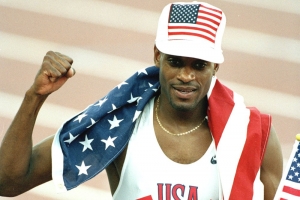