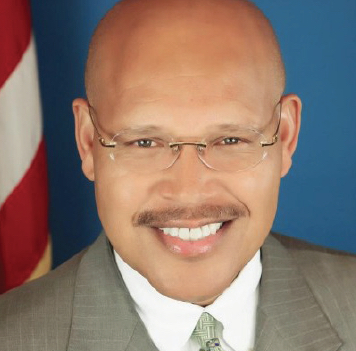 Hundreds of people come out to remember a life devoted to God, his City, his community and his people

On July 21, 2022, the city of Pasadena and much of the nation was rocked with the announcement of the sudden passing of Pasadena Councilman John J. Kennedy at the age of 61.  On Friday, September 30, friends and loved ones from far and near came together to pay tribute to the man who had dedicated much of his life to the service of others.

Hundreds of mourners filled the plaza directly in front of Pasadena City Hall to pay tribute to their brother, uncle, friend and colleague who dedicated the majority of his life to the city he loved.

Pastor Terry Turrentine of Deliverance Tabernacle Church of Pasadena served as the master of ceremony for the evening’s event, which served as a celebration of all of Councilman Kennedy’s work over the years.

Two 50-feet banners honoring and quoting Councilmember Kennedy hung high above the steps of City Hall, reading, “All my life I’ve fought for fairness,” and “I’ve got you. One Pasadena.”

Speakers from every walk of life shared in the celebration including Mayor Victor Gordo, who before becoming the mayor of Pasadena also served with Kennedy on the Pasadena City Council.  Lena Kennedy, John’s beloved older sister and the coordinator of memorial expressed, “Thank you, Mayor and your staff for all of your tireless work to bring about the evening’s celebration in remembrance of John.”

Elected officials, past and present, in attendance included Supervisor Katherine Barger, former Supervisor Mark Ridley-Thomas and his wife, Avis, as well as several former Pasadena mayors including Terry Tornek, Bill Bogaard, Bill Thompson and Rick Cole, along with a host of current and past city councilmembers and other public officials.

Other speakers on the program included businessman Robert Davidson and Assemblymember Chris Holden, who along with State Senator Anthony Portantino and Assemblymember Tina McKinnor, presented the family with State Proclamations in honor of John J. Kennedy and his lifetime of work in and around the city. 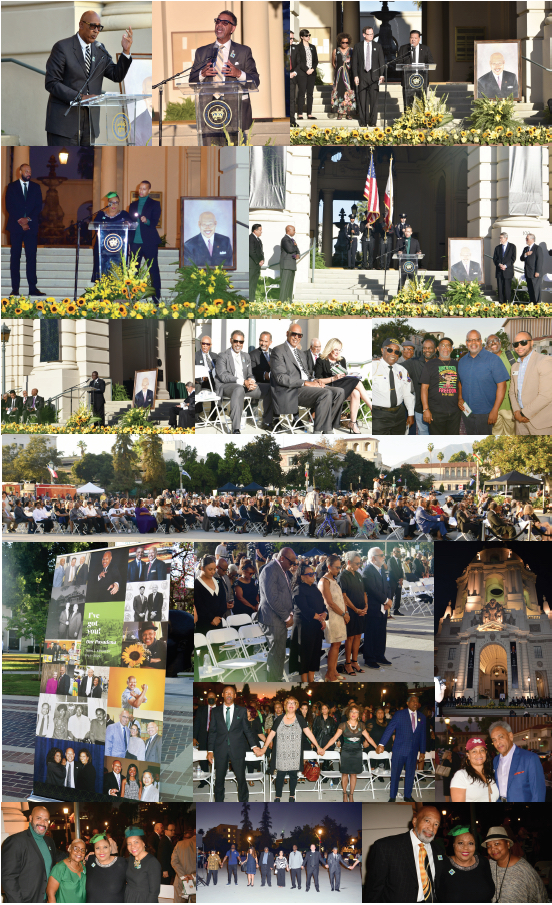 Hundreds of people come out to remember a life devoted to his God, his community and his people (courtesy image)

Jeffrey Streator, who grew up with Kennedy in Pasadena, and former Pasadena Police Chief Jerry Oliver, both flew in from out of town to pay tribute to Kennedy.  Also, John’s longtime friend and neighbor, Rodney Glass, reflected on how John spent years mentoring him and inspiring him to do more.

Other speakers were Danny J. Bakewell, Jr., executive editor of the Los Angeles Sentinel, who spoke in honor of his friend for more than 30 years, and Dr. Roseline Dauphin, Kennedy’s close friend, traveling companion and confidant.

John Kennedy was a devout Christian, who had an unwavering faith in his Lord and Savior, Jesus Christ.  This was reflected as a host of local clergy participated in the program.

Pastor Jean Birch conducted the opening prayer.  Pastor Larry Campbell of Pasadena First AME and Elder Nolanda Love read scriptures from both the Old and New Testaments.  The Reverend Tyrone Skinne read acknowledgements and condolences, including one from President Joe and First Lady Jill Biden, who had attended an event Kennedy hosted at his home prior to Biden’s election as President of the United States.

Pastor Lucious Smith of Friendship Community Church, who did an amazing job eulogizing the life of John Kennedy, managed to keep his sermon short and sweet, given that darkness was beginning to fall upon the event.

“I come from an era when you are supposed to go home when the streetlights come on” proclaimed Pastor Smith to the laughter of many in the audience.

The evening was capped off by a video tribute of Kennedy, music by Andrea BOCELLI and Celine Dion, and a post celebration treat of sweet potato pie, which was Kennedy’s favorite dessert. 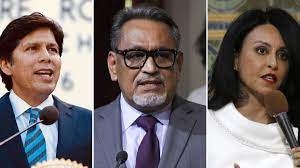 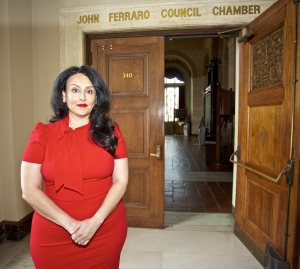 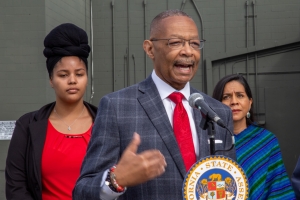 Statement on Resignation of Nury Martinez by Assemblymember Reggie Jones-Sa... 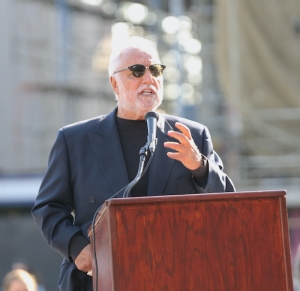 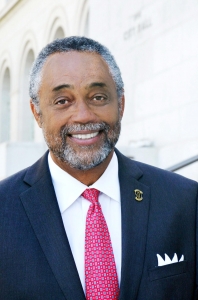