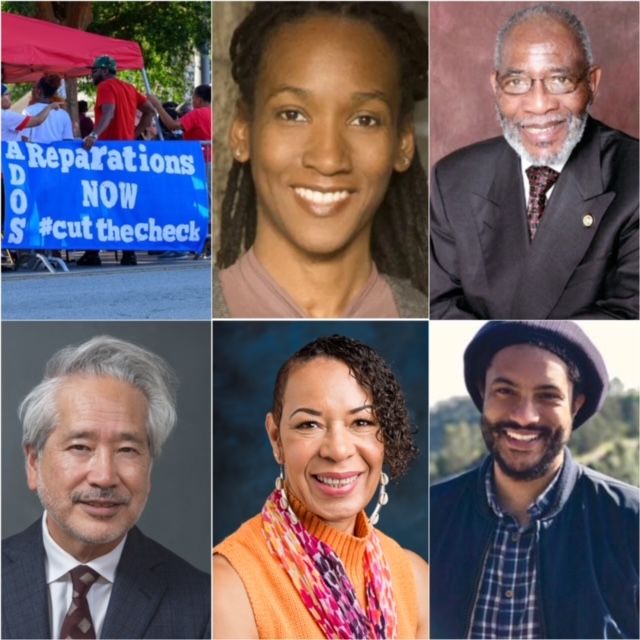 Last week, California Gov. Gavin Newsom announced his allotment of five of nine representatives to the nation’s first-ever Task Force to Study and Develop Reparation Proposals for African Americans. The state task force is being assembled to meet the mandate of the Assembly Bill (AB) 3121, a landmark legislation Gov. Newsom signed into law last September 2020 that aims to promote racial justice and equity.

AB 3121, which was authored by California Secretary of State Shirley Weber when she served in the state Assembly, mandates that the task force must submit written reports, “with a special consideration for African Americans who are descendants of persons enslaved in the United States.”

The nine task force members will study the deep-rooted legacy of slavery and the expressions of systematic racism African Americans have encountered over centuries in the United States. The legislation also calls for scholars assembled by the Regents of the University of California to draft a research proposal analyze how the state and country have benefitted from slavery.

“California is leading the nation, in a bipartisan way, on the issue of reparations and racial justice, which is a discussion that is long overdue and deserves our utmost attention,” Newsom said.

Newsom selected an interdisciplinary team of academics, community leaders, and lawyers to spearhead the state’s effort.

He said each member of the task force has, “an expansive breadth of knowledge, experiences and understanding of issues impacting the African American community is the next step in our commitment as a state to build a California for all.”

The Black Leadership Council (BLC), a statewide organization of African American leaders in California, says it is “committed to ensuring reparations discussions can and will continue in California.”

The group applauded Sen. Steve Bradford (D-Gardena), who is a member of the reparations task force, and other members of the California Legislative Black Caucus for keeping the issue “front and center” in California politics.

AB 3121 states that the task force is required to, “Identify, compile, and synthesize the relevant corpus of evidentiary documentation of the institution of slavery that existed within the United States and the colonies.”

According to the bill, over 4 million African Americans were enslaved in the United States from 1619 to the year slavery was abolished in 1865.

The bill focuses on, “Leveling the playing field in our society and ensuring that everyone has a fair shot at achieving the California dream,” according to Newsom.

Newsom’s task force appointments include four people of African descent and one Japanese American. They all have a credible track record of advocating for racial justice and equity in their respective communities. According to the legislation, Senate confirmation is not required for members of the task force, but they are eligible for a daily allowance for no more than ten meetings.

Once the team has a total of nine members, the task force will host its first meeting on June 1, 2021. The task force will also elect its own chair and vice-chair who will be supported by staff from the Office of the General Attorney of California.