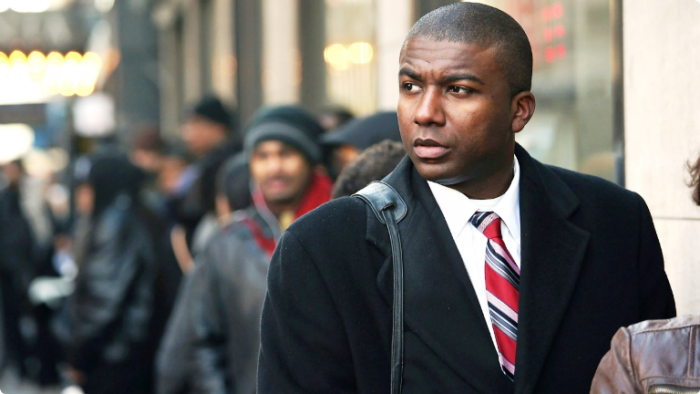 The legislation that Gov. Gavin Newsom signed in September and takes effect Jan. 1, 2020, limits the number of freelance articles journalists in California like Stiles can write for any one publication to 35 per year.

When he’s not studying, Aldon Thomas Stiles, 25, a senior at Cal State Bernardino, writes freelance articles to help pay his way through college and assist his parents with the bills at home in Fontana.

The Fontana Herald, Screen Rant, Westside Story News and several African-American newspapers around the state have published Stiles’ articles in the past. Most of his work focuses on educating Californians about state policy or bringing light to unreported Inland Empire stories that, he says, people should know about.

“Freelancing is an incredibly convenient work opportunity,” says Stiles, who is African American. “It has helped me hone my skills as a journalist at my own pace and work on stories I’m passionate about – all from home.”

Stiles says the money he makes freelancing helps him keep a roof over his head while in school and that his schedule would have prevented him from working as a full-time writer while he pursued his degree in Criminal Justice.

The legislation that Gov. Gavin Newsom signed in September and takes effect Jan. 1, 2020, limits the number of freelance articles journalists in California like Stiles can write for any one publication to 35 per year.

For budding writers like Stiles who can get paid, on average, about $100 per article, that adds up to only about $3,500 a year.

Last week, the American Society of Journalists and Authors, Inc., (ASJA), a national professional organization that represents independent non-fiction authors, filed a lawsuit in federal court against the state of California to prevent AB 5 from impacting its members.

“We have no choice but to go to court to protect the rights of independent writers and freelance journalists as a whole,” said Milton C. Toby, president of ASJA. “The stakes are too high, and we cannot stand by as our members and our colleagues face ill-conceived and potentially career-ending legislation.”

ASJA, which represents about 1,100 freelance writers across the country – with about 120 of its members living in California – is joined by the National Press Photographers Association as a plaintiff in the lawsuit. The Pacific Legal Foundation, a libertarian non-profit with offices in Sacramento, is representing the groups pro bono.

“This law as written, even if it has good intentions, sadly, is an affront to first ammendment constitutional protections,” says Regina Wilson, executive editor of California Black Media. “It’s unfair and inconsistent, too. How can you allow freelancers who write marketing copy and press releases to work unrestricted while taking food off the table of freelance journalists who are writers and photographers? Their words and images contribute to our national historical record and they provide critical information to the public.”

“It will no doubt hurt the bottom lines of small ethnic-owned media businesses in the state. They already lag behind their mainstream counterparts,” Wilson added. “We have to do something about this.”

“Big businesses shouldn’t be able to pass their costs on to taxpayers while depriving workers of the labor law protections they are rightfully entitled to,” said Gonzalez in May when the Assembly voted 59-15 to pass AB 5.

AB 5 writes into law a 2018 California Supreme Court ruling that instructed businesses in the state to apply an “ABC” test to determine whether a worker is a freelancer or employee. For a worker to be classified as a freelancer, employers would have to prove that the person is (A) not under the contracting company’s control, (B) is doing work that is not central to the company’s business, and (C) has an independent business providing a service. If freelancers or contractors don’t meet those requirements, companies would have to employ them and provide all the pay and benefits required under California labor laws.

It’s still too early to gauge exactly how AB 5 will impact freelancers in California, but some moves in the media industry, for a while now, have been sending early signals. Last week, Vox Media, parent company of popular niche websites, including Vox, SB Nation, Eater and Curbed, announced that it is laying off hundreds of freelancers in California. On the other hand, the Los Angeles Times hired 30 of its freelancers as full time employees after the Supreme Court decision last year, according to that publication.

“First, this states the company had been contemplating the switch for 2 years,” Gonzalez wrote in a tweet that was widely criticized on social media for coming off as insensitive. She was responding to Vox Media’s freelancer layoffs last week.

“Second, it clearly states that those contracted jobs are being converted to full & part time jobs,” the Assemblymember’s tweet went on. “I understand a contractor who doesn’t want a job being upset, but that’s certainly not all bad.”

Laid-off Vox freelancers who have spoken out publicly about their loss of work fired back at Gonzales, pointing out that the company transitioned only about 15 journalists to full-time positions while cutting hundreds of freelance gigs.

“The government cannot single out journalists,” said Jim Manley, a Pacific Legal Foundation attorney, in a statement about the lawsuit.

Last week, news about the lawsuit lifted the hopes of many California-based freelancers who fear that employers outside the state might blacklist them while California-based companies might replace them with peers living in other states.

“Freelance journalism is a whole different ballgame and this law ignoring that is a travesty,” said Antonio Ray Harvey, a Sacramento-based African-American writer who has, for more than 17 years now, wholly earned his living freelancing. He covers sports, politics, current events, and other beats, for the Associated Press, NBC sports Radio, California Black Media and the Sacramento Observer.

“Its not like there are a lot of journalism jobs out there nowadays,” said Harvey. “We have to maintain our careers and pay our bills. 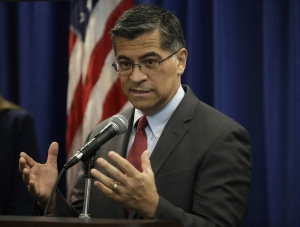