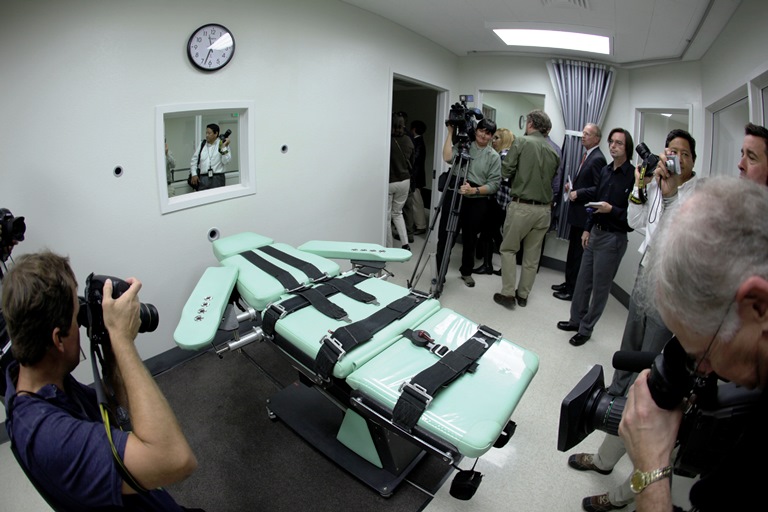 California voters have decided to repair the state’s dysfunctional death penalty by passing a measure intended to speed up appeals, uniting with voters in more conservative states that also supported capital punishment.

Proposition 66 continued to hold a 51 percent margin of support Tuesday after two weeks of counting millions of ballots in a contentious race that also saw voters reject a dueling measure to end executions.

“California voters not only want to keep the death penalty intact but they want it to work as intended,” Sacramento County District Attorney Anne Marie Schubert said in a statement. “The reforms outlined in Prop. 66 are smart fixes that will eradicate waste, delays and inefficiencies while protecting due process for all those who are given the ultimate sentence of death.”

The waning California vote count also showed voters narrowly rejected a finance measure that could have threatened two of Gov. Jerry Brown’s megaprojects. The measures were the final two to be called of 17 statewide initiatives voters faced in a lengthy ballot.

The two death penalty measures drove massive spending from both sides of the contentious issue. Law enforcement groups were the biggest supporters of Proposition 66, pouring $12.6 million into the campaign and outspending the rich donors who fueled an $11.5 million effort to fight it. The same backers kicked in about $10 million each to fight or support Proposition 62, which would have repealed the death penalty.

Backers of both measures agreed the current system was broken. More than 900 convicted killers have been sent to death row since capital punishment was reinstated, but only 13 have been executed since 1978. The last execution by lethal injection was more than a decade ago and 750 killers languish on death row.

The reform effort was proposed to “mend not end” capital punishment after 52 percent of voters rejected a repeal measure in 2012.

In passing Proposition 66, California joined two other states in support for capital punishment on Election Day, bucking a pattern of states that have abolished the death penalty.

Nebraska reinstated the punishment a year after lawmakers abolished it. Oklahomans voted to make it tougher to repeal the death penalty in the future.

Those votes run counter to a nationwide move away from capital punishment. A Pew Research Center poll in September showed support for the death penalty at its lowest level in 40 years.

Seven states _ not counting Nebraska’s reversal _ have done away with the death penalty legislatively or judicially since 2000. Death sentences and executions have mostly been in a steep decline over that same period.

California’s Proposition 66 would change how appeals are handled, appointing more lawyers to take cases, putting certain types of appeals before trial court judges and setting a five-year deadline for appeals to be heard. Currently, it can take longer than that for an attorney to be assigned to a case and upward of 25 years to exhaust all appeals.

Opponents had said the system was fatally flawed and argued that eliminating it would save $150 million a year largely by reducing lengthy appeals.

They claimed the reforms would be no panacea and instead wreak havoc on courts, lead to incompetent lawyers being appointed for appeals and could result in wrongful convictions.

“We would like nothing better than a criminal justice system that is responsive and fair,” said Ana Zamora, manager of the No on Prop. 66 campaign. “But California just made a mistake the size of Texas. We cannot say with any certainty that California will not execute an innocent person.”

Some death penalty foes have already asked the California Supreme Court to block Proposition 66 from taking effect. Supporters of the measure criticized that as a frivolous move and another stall tactic in delaying executions that could otherwise resume next year.

Franklin Zimring, a law professor at the University of California, Berkeley, said the court filing was “just a preview of coming attractions” as death penalty opponents try to keep the system at a standstill.

“The irony is that Prop. 66 was supposed to simplify and speed things up,” Zimring said. “The smart money would bet that it has made things more complex, increased the set of issues to be litigated and, if anything, could slow down the path to execution in California from its glacial pace previously, it is this.”