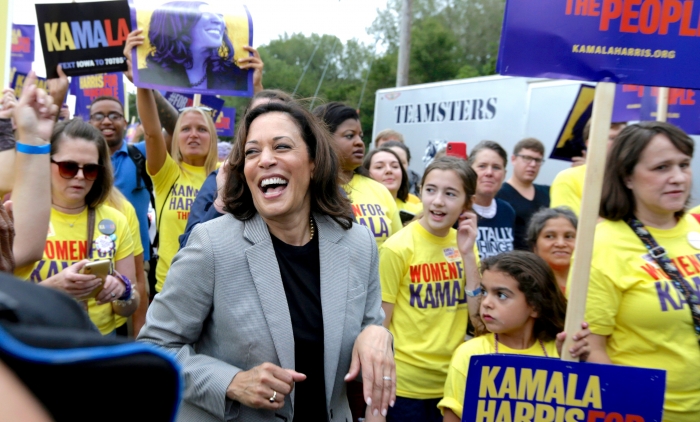 It calls for ending mandatory minimum sentences, legalizing marijuana, expunging marijuana convictions and shutting down for-profit prisons, among a number of other proposals, that could have a positive impact on African American communities across California.

Other policies in the plan to overhaul the country’s criminal justice system include introducing a national standard for police use of force; providing incentives for states to get rid of mandatory minimums; equalizing sentencing for possession and distribution of crack and cocaine; mandating prisons to offer educational courses, vocational training as well as mental health and addiction treatment. Harris also wants to end federal laws that prohibit formerly incarcerated people from accessing housing2, loans, food stamps and other public services.

“By ending mass incarceration, holding police accountable, and keeping families intact, Kamala would fundamentally transform public safety and protect our children,” said California Superintendent of Public Instruction Tony Thurmond who oversees the state’s 977 school districts that enroll more than six million students. Thurmond says he’s excited by the focus on prevention and rehabilitation in Harris’ plan because one of his own top priorities is keeping kids safe, enrolled in school, and out of prisons.

Harris announced her plan earlier this month. According to her campaign it “replicates and nationalizes” programs she introduced during her law enforcement career in California.

“This plan uses my experience and unique capability to root out failures within the justice system,” she said. “We can end mass incarceration and combat the bias and racism that fuels it. We can ensure accountability for all parts of the system to build foundations of trust in our communities. We can stop profit from incarceration and stop criminalizing poverty. As president, I’ll fix this broken system to make it fairer and more accountable for communities across the country.”

Lateefah Simon is a civil rights activist who runs the Akonadi Foundation, a social and racial justice organization in Oakland. She believes Harris is best equipped to lead reforms because she understands how the justice system works.

“As a lifelong activist, I don’t say this lightly,” said Simon. “Her career is proof that you can fight to rectify what’s broken from the inside. Her plans for our country prove that she has a lot of fight left. We need a leader like Kamala in the White House to ensure that we end private prisons and give Black and Brown families their lives back.” 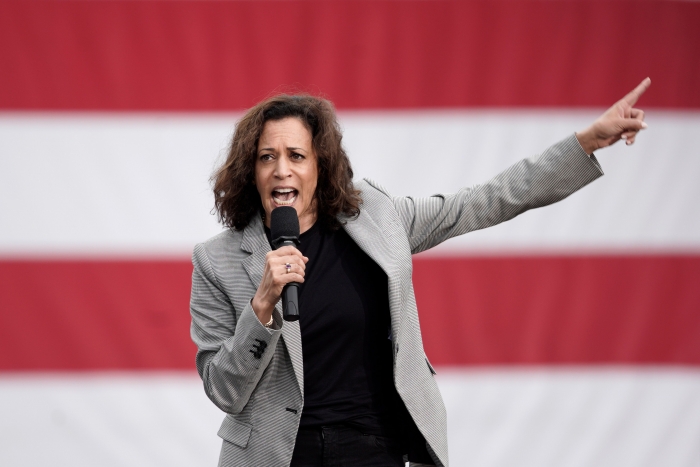 “Kamala Harris first earned my respect over 15 years ago when I was working for people sentenced to death,” said Mizell. “To the surprise of many of us in the abolition community back then, DA Harris refused to seek a death verdict, despite enormous political pressure. Before ‘progressive prosecutor’ was a trendy term, Kamala was fighting to be in spaces historically dominated by White men so that she could be a game-changer.”

Most Democrats have reacted favorably to Harris’ criminal justice reform plan. But other critics have been attacking her record as prosecutor and California’s top cop since she announced her candidacy for President of the United States in January.

“Time after time, when progressives urged her to embrace criminal justice reforms as a district attorney and then the state’s attorney general, Ms. Harris opposed them or stayed silent,” wrote

Lara Bazelon, a law professor, in the New York Times. Bazelon is the former director of the Loyola Law School Project for the Innocent in Los Angeles.

Defending her record, Harris said “I was swimming against the current, and thankfully the currents have changed. She made the statement in an interview with the New York Times just before releasing her plan. “The winds are in our sails. And I’m riding that just like everybody else is – because it’s long overdue.”

Harris points to a program she started in 2005 when she was district attorney. Called “Back on Track,” the initiative provided jobs for young people arrested the first time for drug offenses. She also hired more women, people of color and LGBTQ people in an effort to increase diversity on her staff, according to her campaign.

In the presidential race, Harris seems to be losing steam. She is polling at only 5 percent in Iowa, the first State in the Democratic primaries, according to a Focus on Rural America survey.  She has dropped more than 13 points over the last two months.

Among African American Democrats, most polls place her third after Joe Biden and Bernie Sanders.

“As someone who has seen the flaws in our criminal justice firsthand, I have long appreciated Kamala’s commitment to reforming it,” said San Francisco Mayor London Breed. “Her plans to end mandatory minimum sentencing, money bail, and the death penalty exemplify why her platform is so important. She is a trailblazer through and through.”