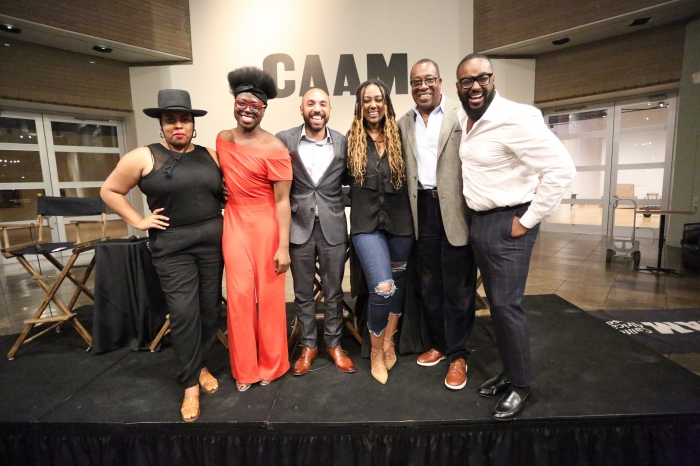 The California African American Museum’s main hall echoed with the microphoned voices of journalists Tre’Vell Anderson, Brandon I. Brooks and Lilly Workneh as eager faces listened in on their conversation with moderator, Tony Cox.

The art museum acted as a venue for the Los Angeles: State of the Black Press Panel Thursday, Aug. 29, where the panelists discussed everything from mainstream media’s coverage of Black Americans to President Donald Trump’s impact on news coverage and politics.

Longtime journalist and associate chair and professor of journalism at California State University, Los Angeles, Tony Cox led the discussion with a mixture of both premeditated questions and audience suggestions.

In the digital age, print papers have to navigate through a technology-driven space and president of the Los Angeles chapter of the National Association of Black Journalists and Director of Culture and Entertainment of Out Magazine, Anderson noted this renaissance in press is just a sign of the times.

Although Anderson noted publications can “hold on to tradition,” he thinks [publications] should be able to find a middle ground for newer readers.

According to Cox, Black press found its beginnings through creators John Russwurm and Samuel Cornish, who wanted to produce a platform to discuss Black issues.

“It started because the White publications would not report on people of color at all, and when they did, it was skewed in a way that was not positive for us,” Cox said. 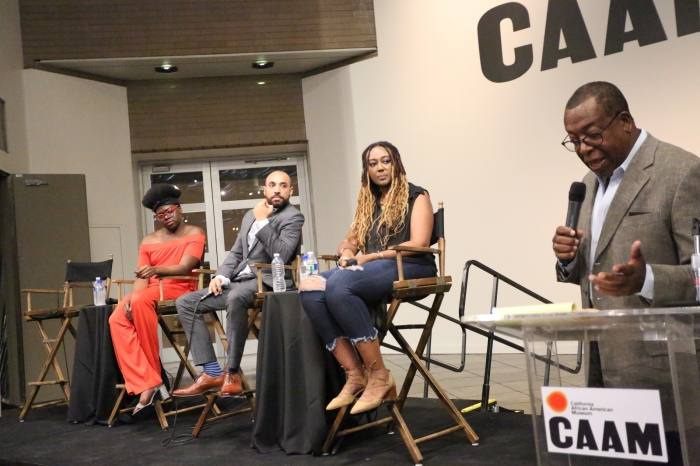 When asked if the handling of Black news was the same, editor-in-chief of Blavity, Workneh agreed.

Workneh continued by adding that readership is also determined by what the audience is interested in.

“You have to present the news based on what readers want, where they are, what stories are they clicking on and that has to definitely play a big role in your editorial judgement in determining what kinds of stories need to be covered.”

Managing editor of the Los Angeles Sentinel and L.A. Watts Times, Brooks, added how he wants to show the public “something unique” when it comes to stories surrounding Black faces.

“My quote is educate, inform and inspire,” Brooks said. “That’s what we should be doing every week because finding those stories unfortunately on killings, which we do cover, they come too often. So, I like to show us— and I’m not shy about saying that— in a positive light as often as possible.”

Brooks also said that stories that focus on the positive aspects of the Black community usually tend to do better in terms of analytics.

Changing pace, Cox transitioned the topic of discussion to a more controversial one: relations between the Black church and the LGBTQ community and how that impacts stories regarding its members.

“Sure I’ll take that offer, I feel like it was geared towards me,” Anderson said. “I think it’s a complicated, complex answer.”

After a pause, he continued, “For those of us who belong in both of them, we just have to go you know, find somewhere to be,” Anderson said. 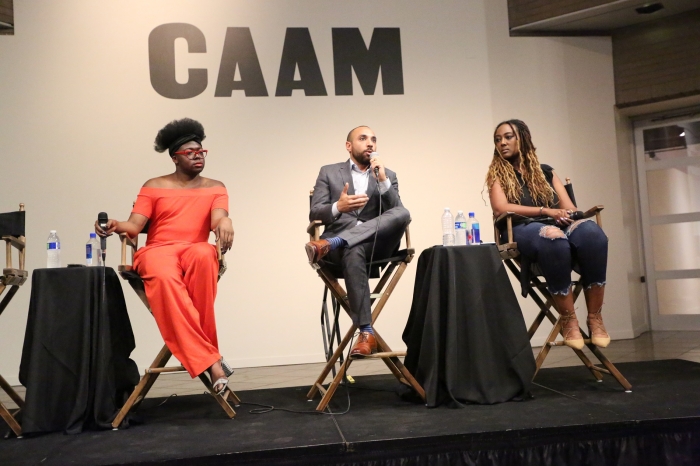 While he noted that some publications like the Chicago Defender have covered LGBTQ issues in the earlier years of Black press, tradition, history, and whether or not the reader will read the stories are all factors as to if they are written.

Regarding her own publication, Workneh said diversity in all areas is important to remaining inclusive.

For young journalist hoping to break through the industry, the group said that persevering and working hard are the key factors to success.

“The way that I think I’ve been most successful in my career as a young person, is by knowing how to write,” Anderson said. “[You’ve] got to be ready for the opportunity when it comes because it’s not going to come right now.”