Owners Announce $1 Donation for Every Dessert

Buffalo Wild Wings franchise owners Karim Webb and Edward Barnett have announced that their Torrance and Baldwin Hills locations in Southern California will donate $1 from each chocolate fudge cake purchased between April 16 through April 23 to the American Red Cross of Eastern Massachusetts in response to yesterday’s bombings at the Boston Marathon.

“It’s a small gesture but a symbol of our support of the people in Boston,” explained co-owner Edward Barnett. “Boston may be thousands of miles away, but we can all play a role in helping the victims of yesterday’s bombing.”

Beginning today, for the next seven days, Buffalo Wilds Wings located in Los Angeles at 3939 South Crenshaw Boulevard at the Baldwin Hills Crenshaw Plaza and in Torrance at the Del Amo Mall, 3525 West Carson Street, will donate $1 for every chocolate fudge cake dessert ordered.

“Our hearts go out to the victims and their families in yesterday’s tragedy and as Americans, we felt it important to contribute to the efforts of saving lives,” commented co-owner Karim Webb.

Categories: Crenshaw & Around
LaRita Shelby: The Brand Besides the Brand 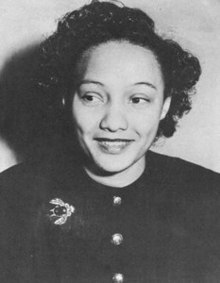